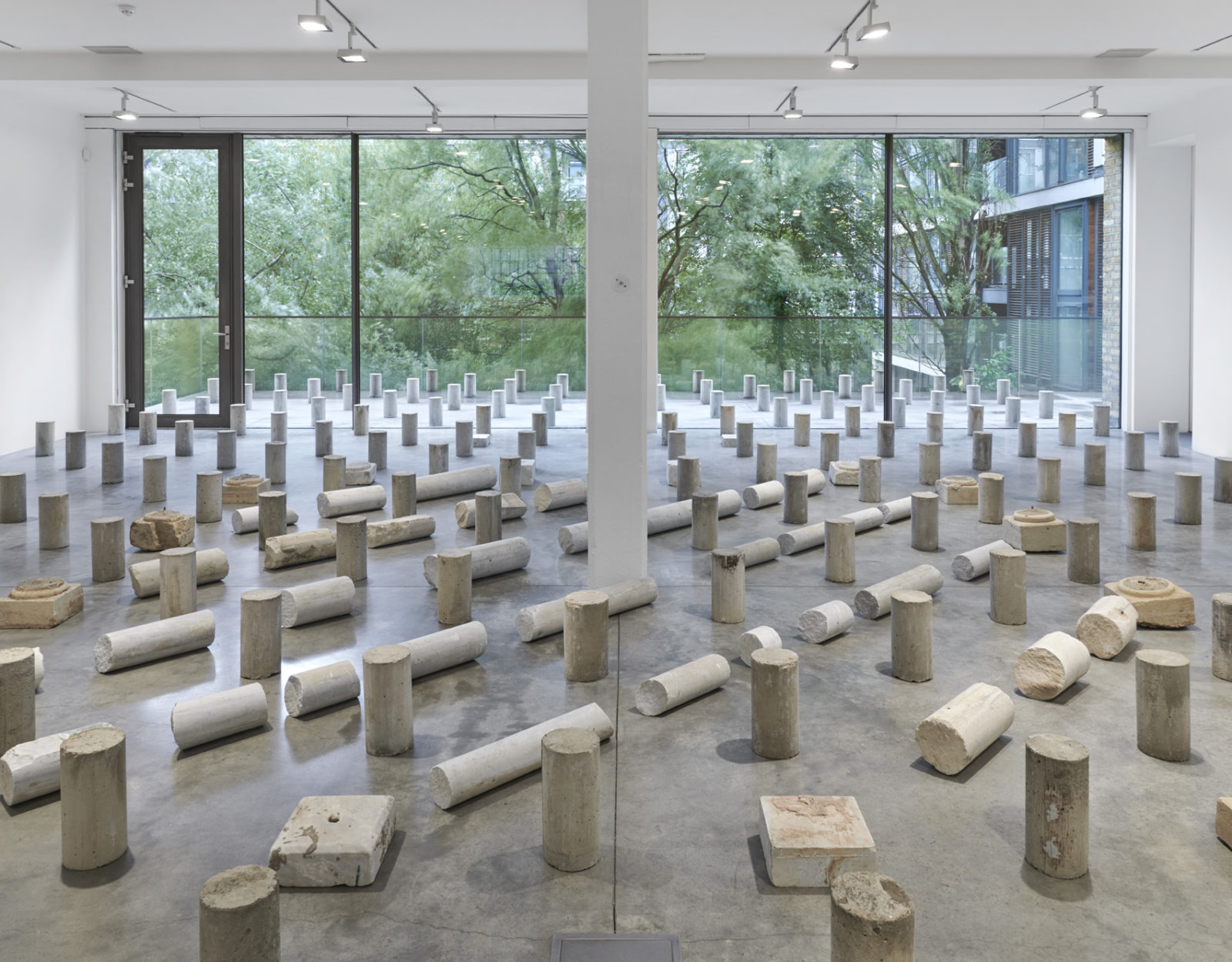 Parasol unit foundation for contemporary art is delighted to present Encounters by artist Rayyane Tabet, his first major solo exhibition in the United Kingdom, with eight works from the past 13 years installed together for the first time.

Rayyane Tabet’s works present fleeting moments in time and place, offering alternative perceptions or paradoxical views of political and personal events in an historical timeline presented here within the parameters of sculpture and found objects. Tabet explores the relationship between past and present, memory and reality. Like an archaeologist, he unearths hidden narratives in experiences and materials whose existence and content give rich meaning to his sculptural installations. His creative process often begins with a chance ‘encounter’ from which a story unfolds. For Tabet, stories have layered dimensions that go beyond the purely factual. Often the surreal coincidence of an encounter will set off an exploration of personal memories and the collective experience.

On entering the front lobby at Parasol unit, one immediately feels the visual impact of Tabet’s sculptural piece The Sea Hates A Coward, 2015. Suspended vertically from the ceiling by a rope and two pulleys in the only double-height space at the gallery is a pair of wooden oars over 4-metres long. They once belonged to a boat that the artist’s father had rented in 1987 during the Lebanese Civil War, intending to row his young family to safety in Cyprus. Twenty-five years after this failed attempt to escape from Lebanon, the family unexpectedly came across the very same boat. Sitting dormant on the shores of Jbeil, Lebanon, still equipped with its oars and anchor, this relic of the past presented itself paradoxically ready to take on a new existence. Infused with a poignant personal narrative, and transformed by the artist’s memory of past events, it speaks powerfully of private and collective experience.

Running along the full length of the ground-floor gallery and extending onto the outside terrace, is Steel Rings, 2013–, comprised of 28 rolled steel rings, each one engraved with a distance in kilometres, a longitude, latitude and the elevation of a specific point along the TAPline pipeline. The Trans-Arabian Pipeline, built in 1947 and once the world’s largest long-distance oil pipeline, is still the only physical structure that crosses the borders of Saudi Arabia, Jordan, Syria, the Golan, and Lebanon. When the American TAPline company finally closed down after decades of regional conflict, they abandoned the pipeline in situ, where it bears silent witness to that period of history. Although largely untold, this story remains part of human consciousness and memory.

Set out across the entire first-floor gallery is Colosse Aux Pieds D’Argile, 2015, an extensive installation of reclaimed marble columns from a nineteenth-century luxury villa, together with a selection of stress-test concrete cores from the modern building that subsequently replaced it. These materials reflect the economic disparity between different generations of people and the way urban development can disturb the city environment, while at the same time forming a narrative that fuses the past and present.

Curated by Ziba Ardalan, Founder, Artistic and Executive Director of Parasol unit, the exhibition is accompanied by a comprehensive publication and a tailored programme of educational events.

Rayyane Tabet, born 1983, lives and works in Beirut, Lebanon. Drawing from his experience and self-directed research, Tabet explores stories that offer an alternative understanding of major socio-political events through individual narratives. Informed by his training in architecture and sculpture, his work investigates paradoxes in the built environment and its history by way of installations that reconstitute the perception of physical and temporal distance. His most recent and upcoming solo shows include: The Metropolitan Museum of Art, New York, 2019; Parasol unit, London, 2019; Carré d’Art, Nîmes, Kunstverein, Hamburg, 2017; daadgalerie, Berlin, 2017; Witte de With Center for Contemporary Art, Rotterdam, 2017; Museo Marino Marini, Florence, 2016; and TROUW Amsterdam, 2014. His work has featured in Manifesta 12, the 21st Biennale of Sydney, the 15th Istanbul Biennial, the 32nd São Paulo Biennial, the 6th Marrakech Biennale, the 10th and 12th Sharjah Biennial, and the 2nd New Museum Triennial. He is the recipient of the Emerging Artist Award of the Sharjah Biennial, 2011, the Jury Prize of the Future Generation Art Prize, 2012, and the Abraaj Group Art Prize, 2013.

“An encounter moves something from the first person to the third person. It starts from a place that is very private and precise – an encounter that is ‘I’ – to a moment that, through a transfer, by way of an object or a sculpture, becomes ‘You’. It’s pushed from ‘ME’ to ‘YOU’.” 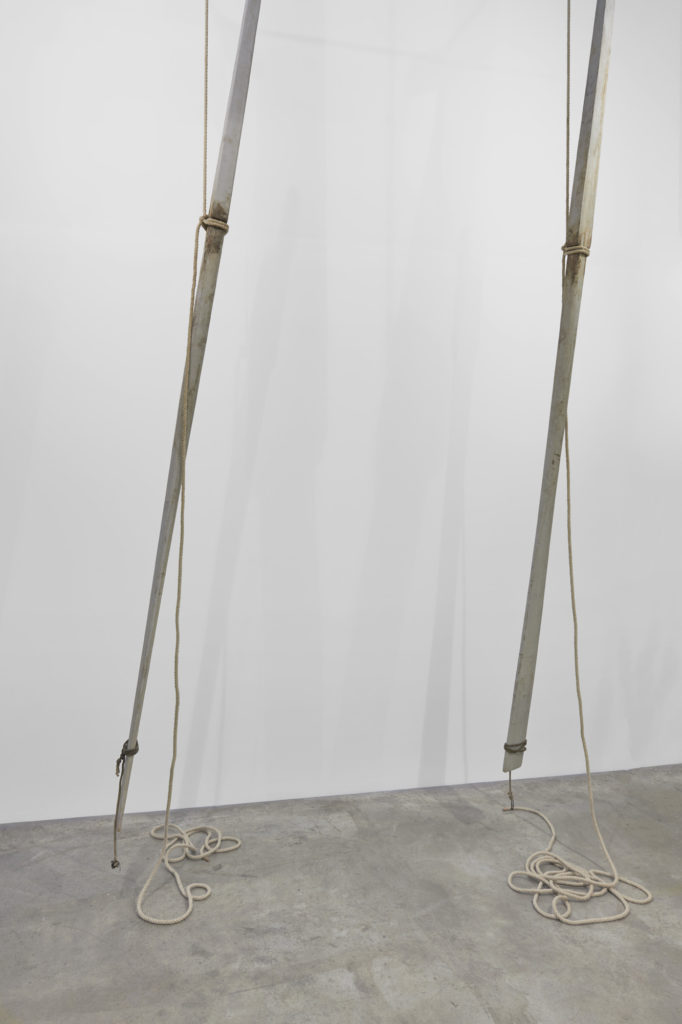 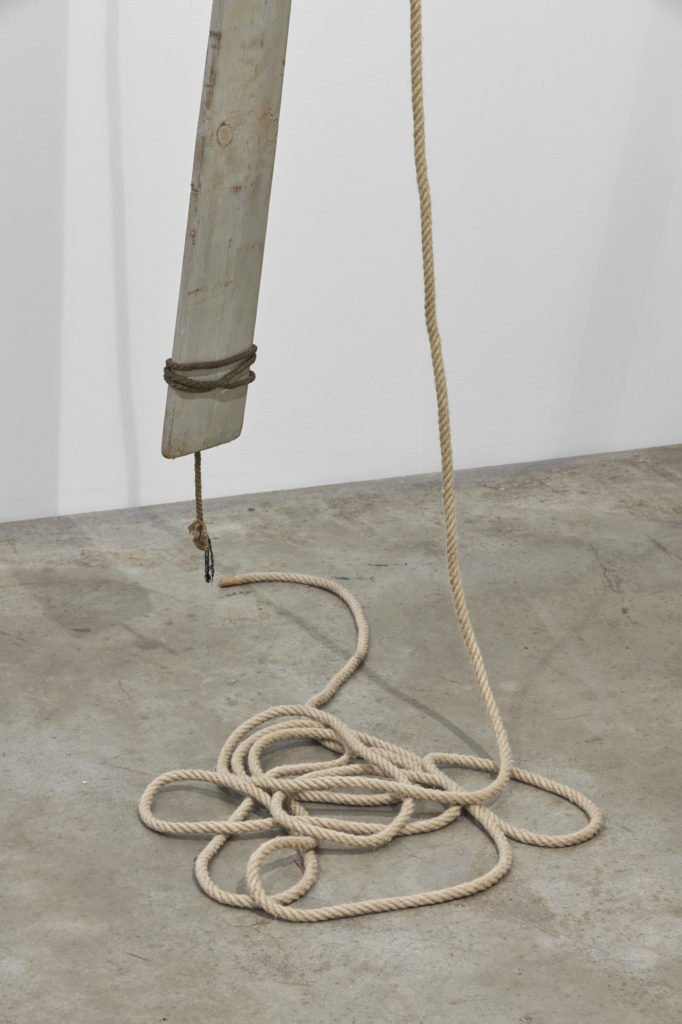 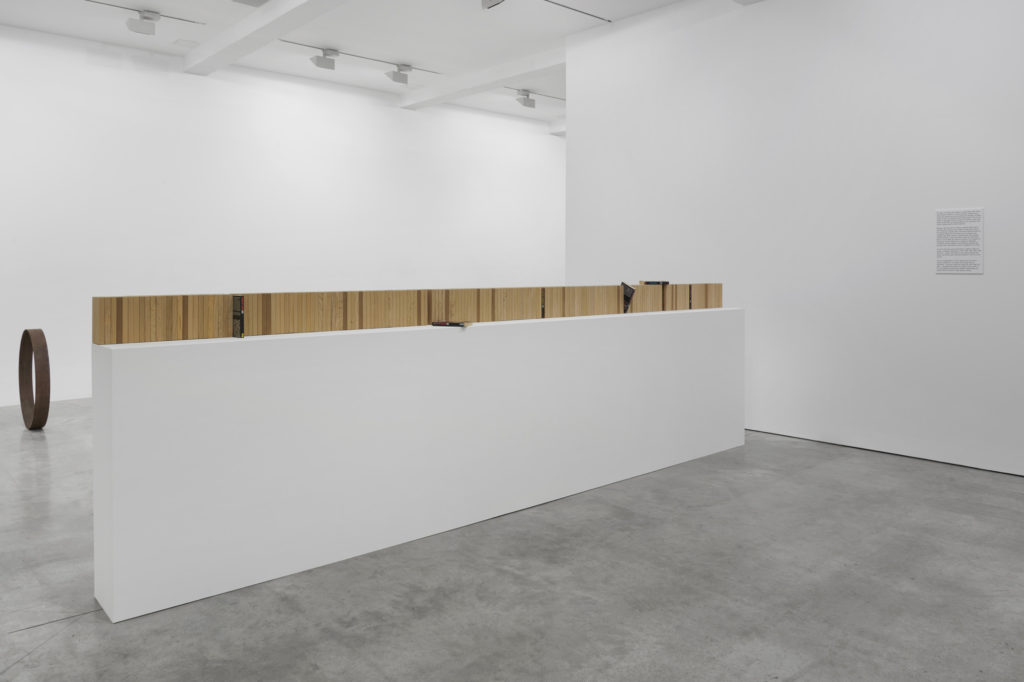 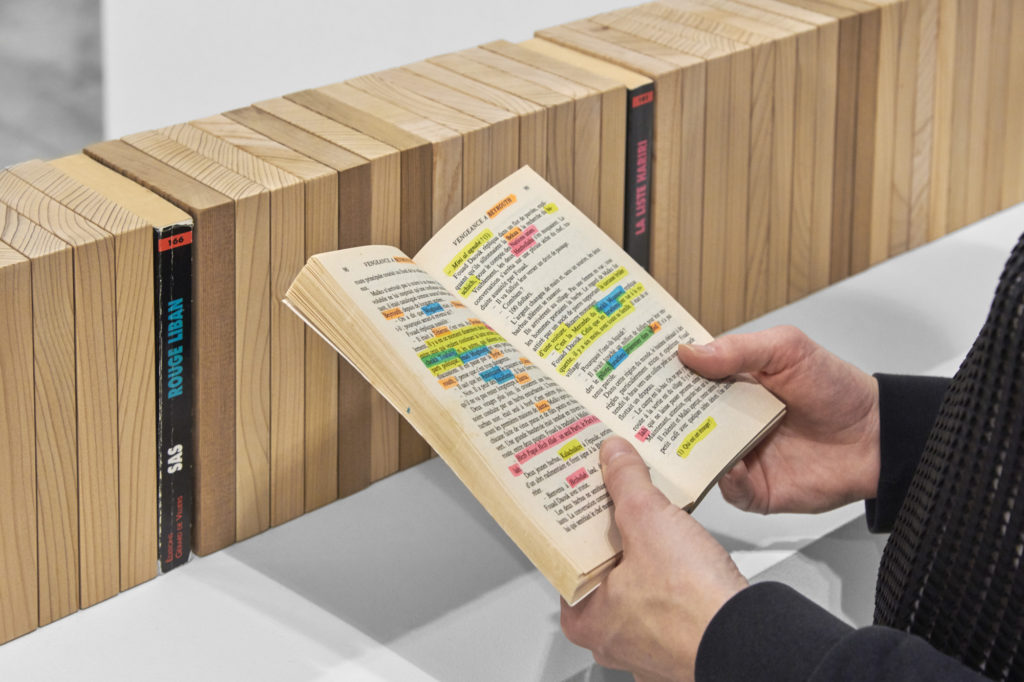 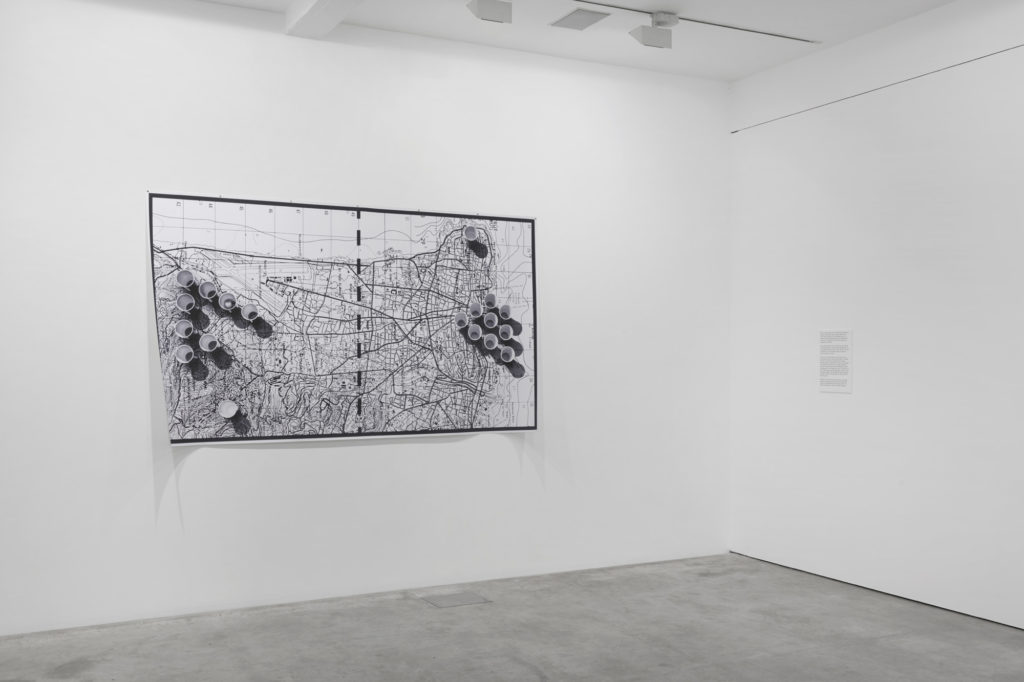 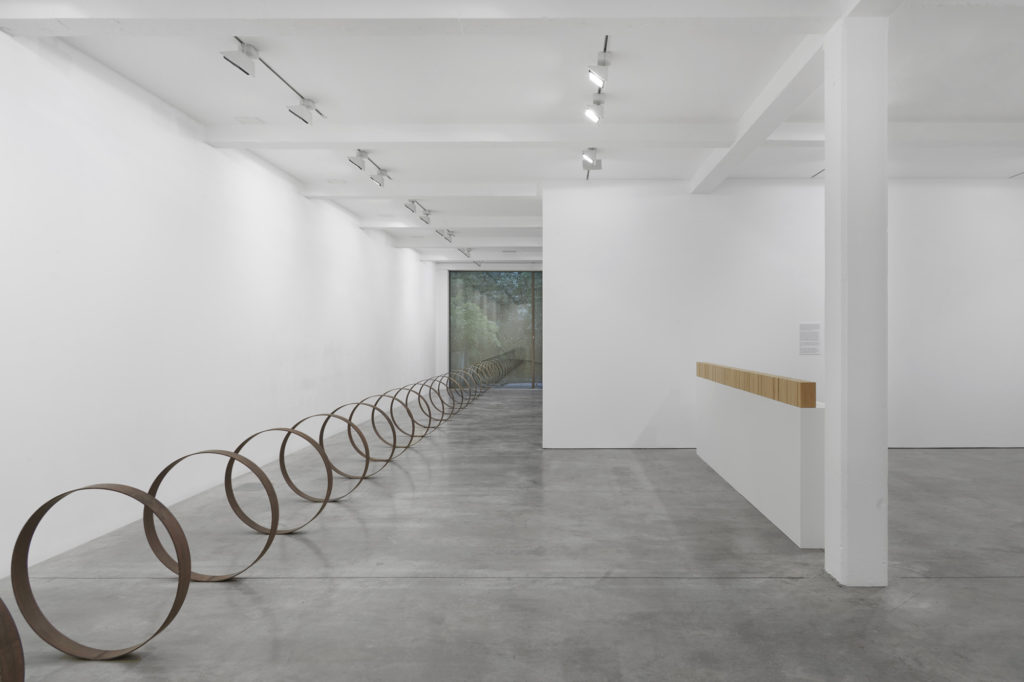 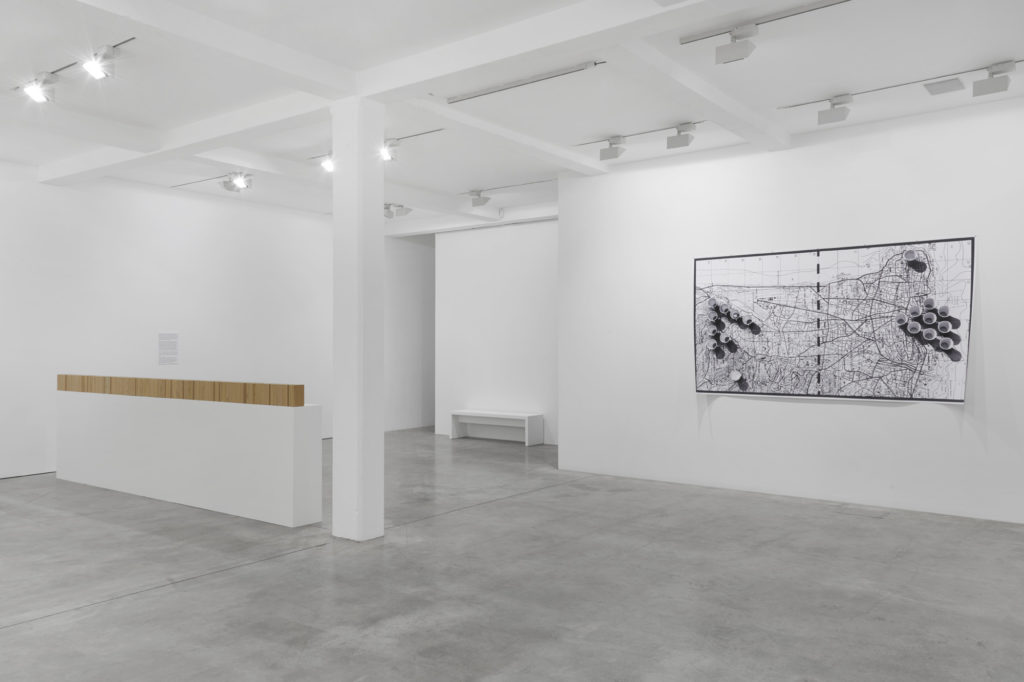 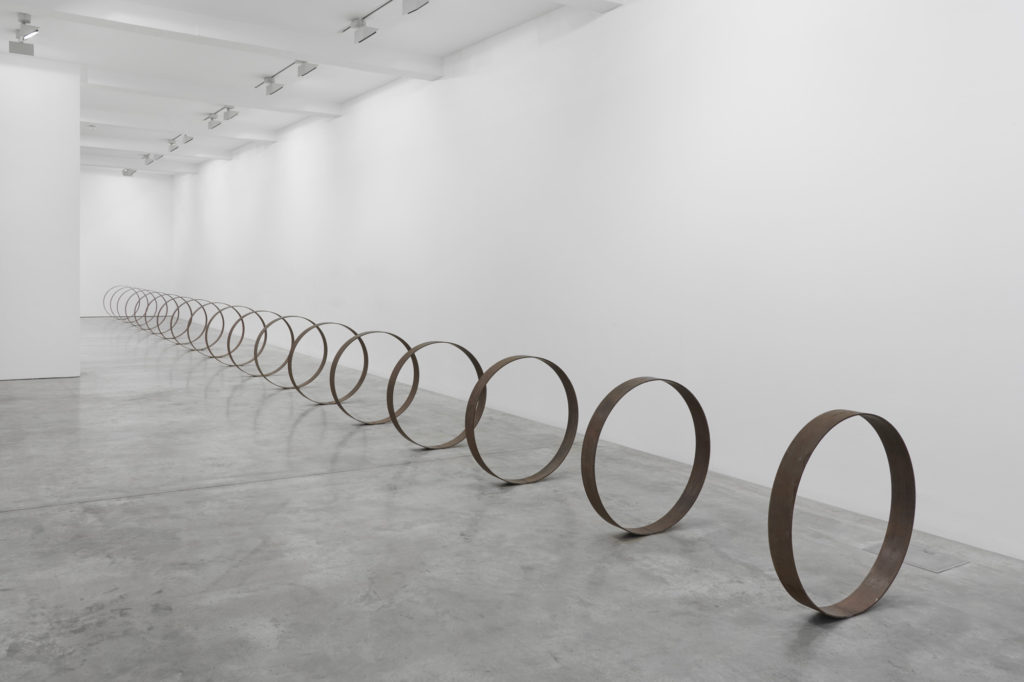 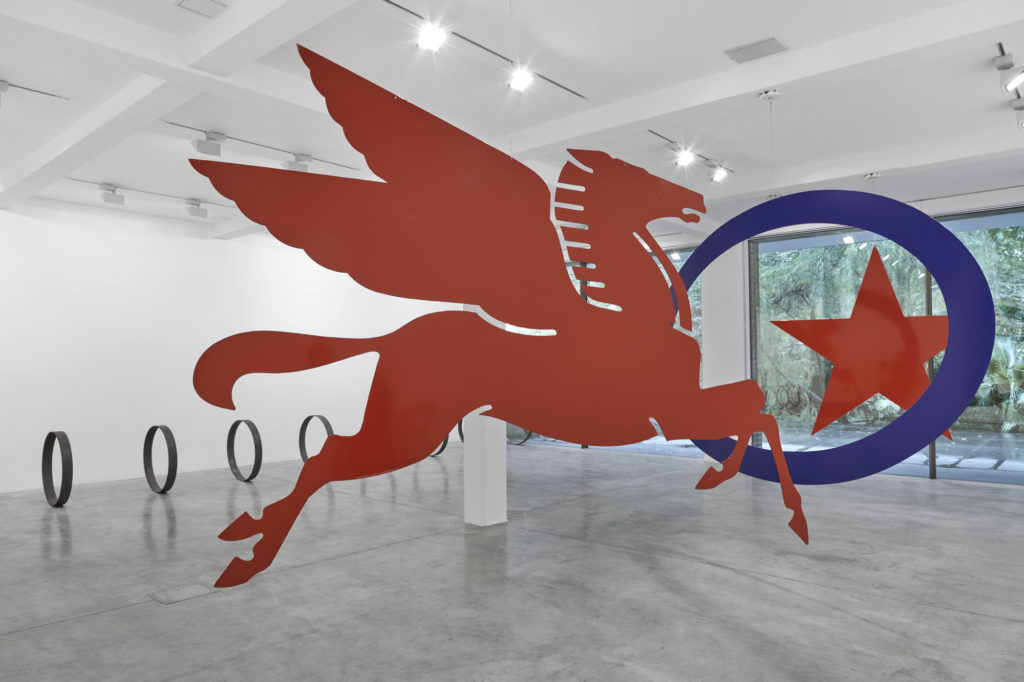 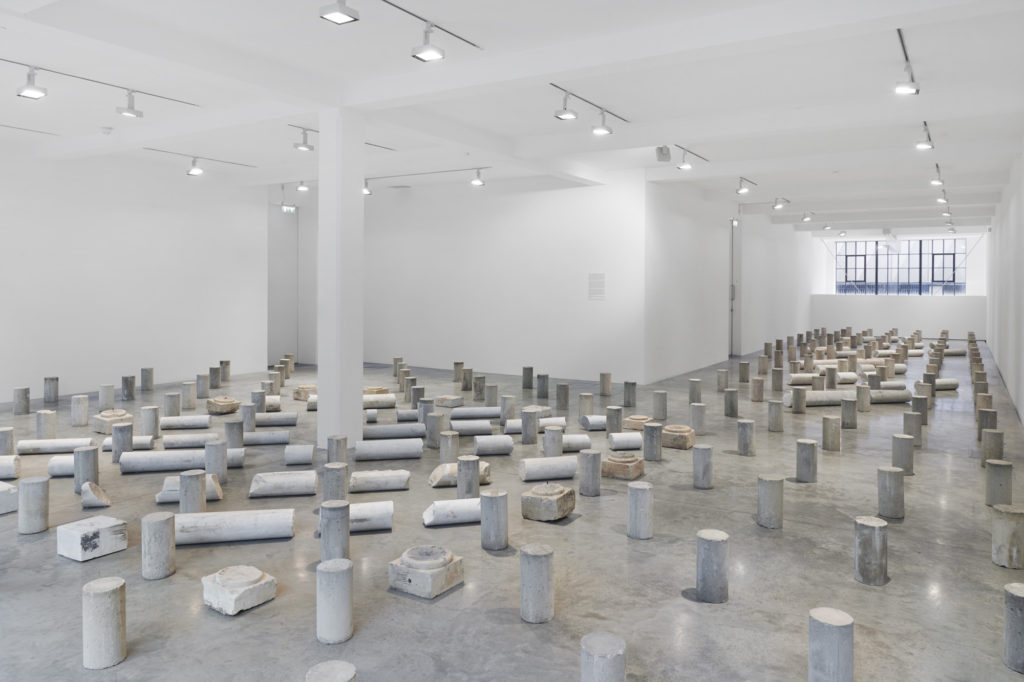 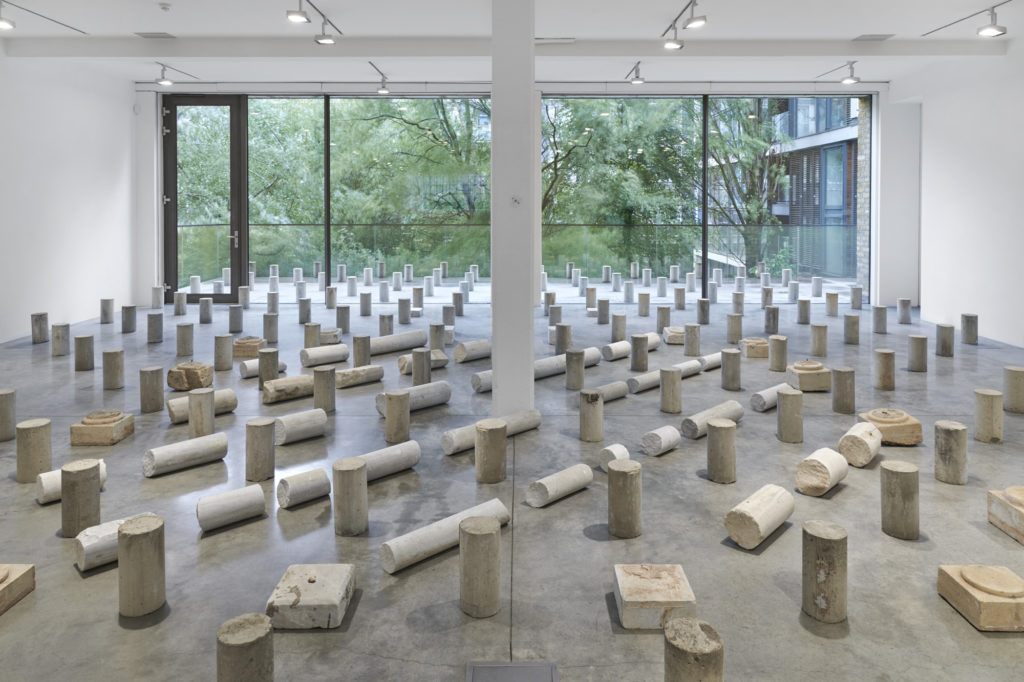 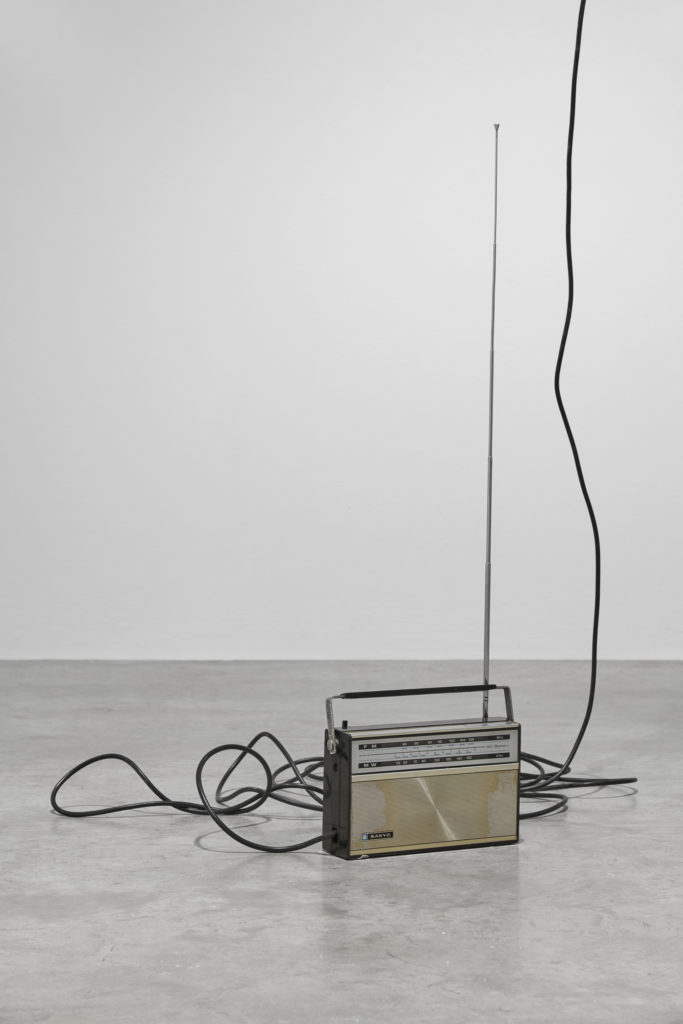 Archaeology and the memories of a city: the urban development of post-conflict Beirut