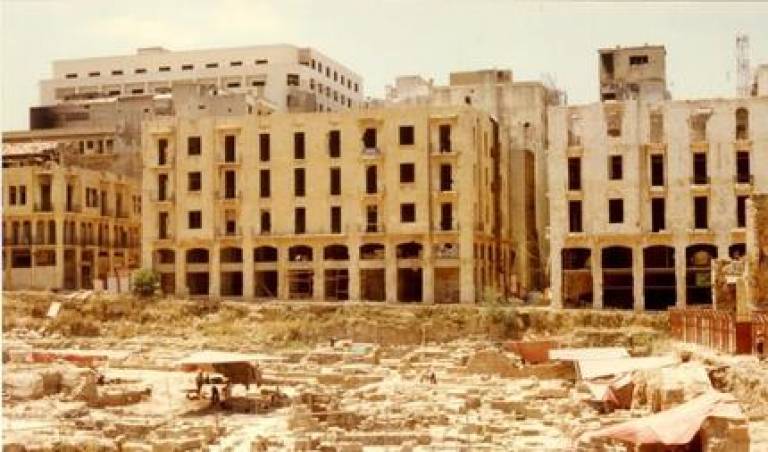 Archaeology and the memories of a city: the urban development of post-conflict Beirut

Professor Perring will reflect on his personal experience leading an archaeological team in a major project to rebuild post-conflict Beirut.

Following the conclusion of 17 years of urban and civil war an ambitious plan to rebuild Beirut was set at the forefront of Lebanon’s national rehabilitation. The Solidere project side-stepped public regulation through the creation of a private real-estate company intended as a vehicle for profitable redevelopment. From the outset discussions about purpose of the project were framed with reference to past, drawing on the idea of an endlessly resilient ancient city destined to be reborn. Although sometimes little more than a marketing concept, a disputed archaeological past was placed at the forefront of arguments over ownership, control and legitimacy.

The fabric and ideology of the urban heritage contributed directly to the reshaping of the city, but also encouraged the socially exclusive gentrification of landscapes that were supposed to give coherence to a divided city.

For twelve years Dominic Perring, Professor at UCL Institute of Archaeology, led one of the archaeological teams employed on this project. Here, he will reflect on the lessons of a personal experience of the opportunities, conflicts and contradictions involved in the reinvention of Beirut’s past.