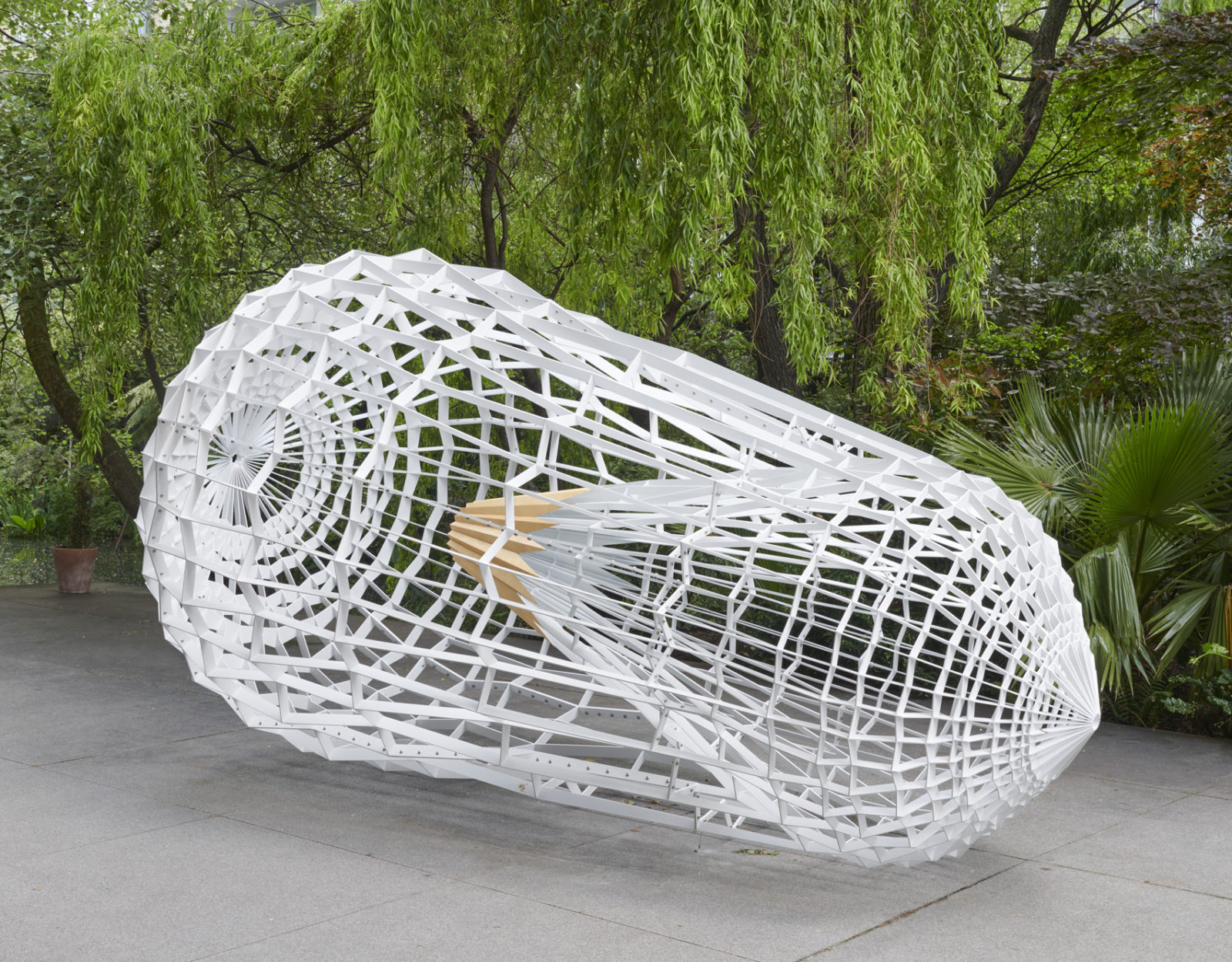 Parasol unit foundation for contemporary art is delighted to present Nine Iranian Artists in London: THE SPARK IS YOU, a group exhibition of works by contemporary Iranian artists whose vision looks beyond the ordinary. Each piece was selected for the affinity with openness, respect and human interconnectedness evinced in the work.

The Nine Iranian Artists in London: THE SPARK IS YOU exhibition, curated by Ziba Ardalan, Founder, Artistic and Executive Director of Parasol unit, is presented through a prism of classical Persian poetry and, fittingly, coincides with the 200th anniversary of West-oestlicher Divan (West-Eastern Divan), 1819, a book of lyrical poems written by Johann Wolfgang von Goethe in homage to the fourteenth-century Persian poet Hafez. The exhibition, which includes paintings, sculptures, photographs, installations and film, focuses primarily on early- and mid-career artists who live either in Iran or elsewhere in an adopted country. A sense of duality exists within their works, with concepts stemming from private and collective experiences manifested either figuratively or in the abstract. Living and working in disparate parts of the world, each of the artists responds uniquely to modern society, yet a common heritage of poetry, evident in their use of metaphor and parable, runs through all their works.

In the ground-floor gallery one’s attention is immediately drawn to The Mechanisms of Growth, Demolishing Buildings, Buying Waste, 2017, by Nazgol Ansarinia. What appear to be pallets of rubble are in fact handmade plaster and glue ‘bricks’, based on a 3-D printed mould, which replicate fragments of a building, such as that being demolished in the accompanying videos. In Tehran, the artist’s hometown, ‘real-estate anarchists’ have in recent decades extensively demolished and rebuilt the once-familiar townscape. Ansarinia records in detail the ruthless destruction and de-personalised new development that is rampant throughout the city.

Works by Hadi Tabatabai often combine drawing, painting and sculpture, frequently in grids and modules, with a limited chromatic palette and a defined set of variables. In Transitional Spaces, 2017, a large installation of multiple upright panels, Tabatabai creates subtle movement within the surface planes through the use of line, light and shadow. By precisely and tightly stretching threads within frames, Tabatabai confuses the depth of field and plays with positive and negative space by painting squares and rectangles on the different layers of thread, thereby creating an optical illusion as one moves around the work.

The enigmatic and at times disconcerting works by Koushna Navabi explore aspects of identity and alienation. Untitled (Tree Trunk), 2017, represents a dismembered female body. Hewn from a section of tree trunk and suspended from a metal wire, it has a gaping hole where the heart should be. The truncated limbs and lower body are left bare and rough but its head and upper torso are covered in a hand-woven Persian kilim, a richly decorative form of textile dating back to the fifth-century bce, giving it an element of the domestic and familiar. Despite this symbolic sense of ‘home’, the work seems to embody a sense of severance, the pain of exile.

Ghazaleh Hedayat explores the senses, particularly of sight and touch, and often with a focus on silence. In her photographic series (un)threading, 2018, Hedayat scratches delicate lines into the surface of C-print photographs that depict the back of her own head and shoulders. It is as if this symbolic extension beyond the physical body unveils a deeper representation of the self. In the series The Strand and the String, 2008–2018, Hedayat forms a grid with linen thread on square pieces of white canvas, then weaves human hair into the lines of the grid, binding together layers of representation and identity.

On the outdoor terrace of Parasol unit is Nahankhane, 2017, by Sahand Hesamiyan. Exquisitely made of stainless steel, gold leaf and electrostatic coating it has a quiet yet commanding presence. Its exposed structure reinterprets the geometry of traditional Persian architecture and, as the artist has said, holds ‘its abandoned equivalent’ deep inside. The title Nahankhane translates as adyton, a small enclosed space deep within a temple and as in ancient Greece was specifically intended to host solitary prayer. For Hesamiyan it is a ‘glamorous and glorious’ interior space within the open simplicity of its outer shell.

In the first-floor gallery Sam Samiee presents two composite installations, The Fabulous Theology of Koh-i-noor (Theologia Theatrica de Koh-i-noor) and The Fabulous Theology of Darya-i-noor (Theologia Theatrica de Darya-i-noor), both 2019. A series of Persian folk tales are symbolised in these dynamic assemblages of two- and three-dimensional objects. Koh-i-noor and Darya-i-noor are the names of two of the largest cut diamonds in the world, each with a dramatic history steeped in conflict and intrigue. While both can be seen as symbols of wealth, power, and the usually masculine desire to dominate the world, Samiee links this power to the ingenuity and intelligence shown by Shahrzad and her sister Dinazad in the tales told in One Thousand and One Nights. Shahrzad famously avoided being put to death by the mythological Persian monarch Shahryar, by intriguing him night after night with her enchanting storytelling.

On the wall of the first-floor gallery Hossein Valamanesh brings together in a fusion of poetic discovery his Iranian heritage and long experience of his adopted country Australia. In his work Lotus Vault #2, he uses lotus leaves, naturally sourced in the city of Adelaide, to create a structured formation that recalls the geometrically patterned brick vaults of the Masjed-e Jāmé (Friday mosque) in Isfahan.

Navid Nuur whose practice moves between concept and form, makes innovative and challenging works in response to human experience and abstract phenomena. The sky-blue light emanating from the 30 parallel rows of the wall-mounted Broken Blue Square, 2017, looks like neon but the cylindrical tubes are in fact filled with crushed glass and argon gas which glows an eerie blue when electrically charged. Presenting a substance that is not light per se, and what seems to be a static image but is actually a sculptural form in active chemical motion, is a reminder that appearances can be deceiving. In Nuur’s two paintings from his ongoing series The Tuners, the randomly painted squiggles are in fact informed by the unconscious marks that people from all over the world leave behind on stationery shop counters after trying out various pens. The artist sees something primal about such marks, a commonality that surely unites us, that exists whatever language, alphabet or script we use.

The single-channel video Flight, 2008, by Morteza Ahmadvand features blurred images of a solitary bird attempting to escape from a confined space. With each futile effort to flee, images of the bird’s flapping wings accumulate to record a ghostly white memory of its flight, like an abstracted reflection on the reality of living under constant restraint. His newly commissioned work Cradle of Religions, 2019, has three identical metal balls suspended side-by-side, each with a different Abrahamic symbol fixed above the supporting wires. The work follows conceptually Newton’s Cradle theory that momentum and energy can be conserved.

Nine Iranian Artists in London: THE SPARK IS YOU exhibition highlights the vital importance of open dialogue towards developing greater understanding between all nations. Particularly in today’s tumultuous and uncertain times, these themes are timely and informative in ways that we hope will further engender curiosity, understanding and appreciation of other cultures and stimulate ever more conversations.

The exhibition runs concurrently with THE SPARK IS YOU: Parasol unit in Venice, which also presents the work of nine Iranian artists, some of who also have pieces in this London presentation that continues significant themes of exchange and dialogue. 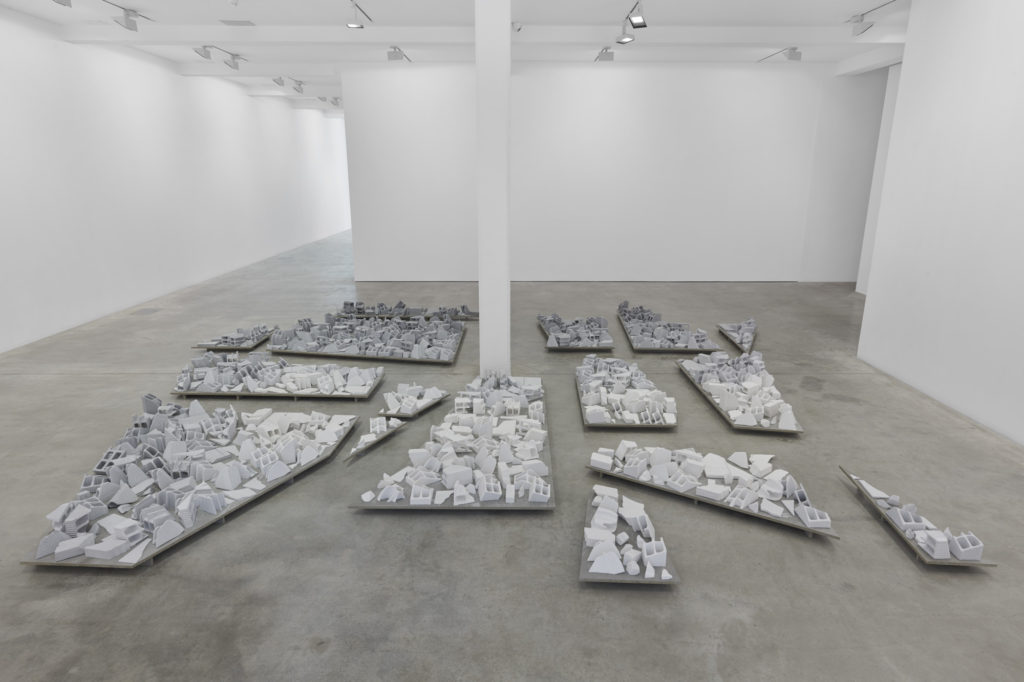 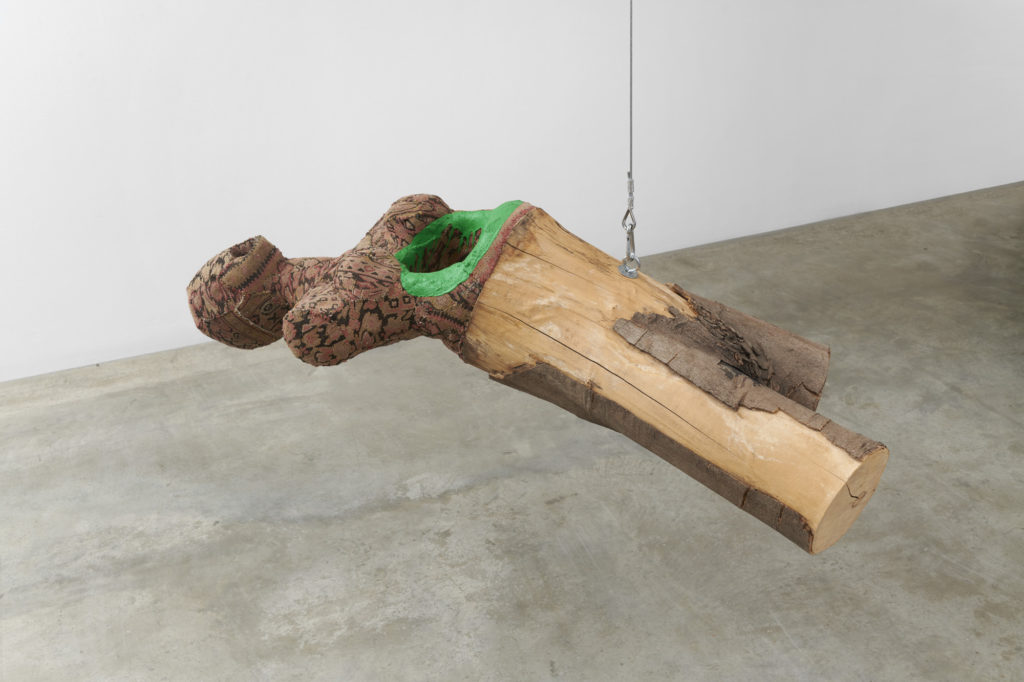 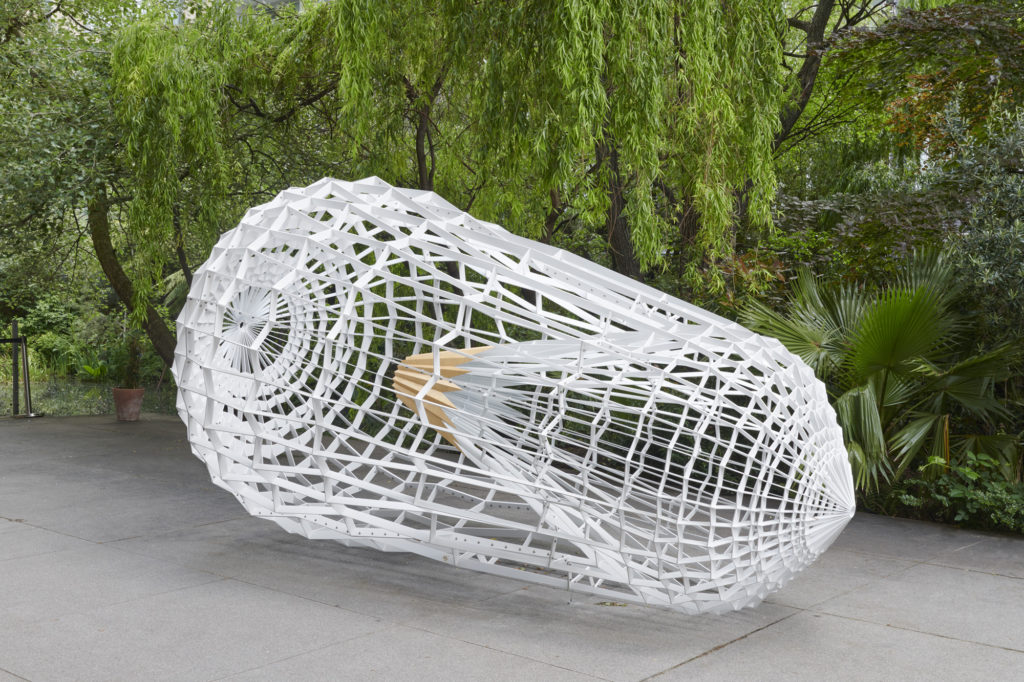 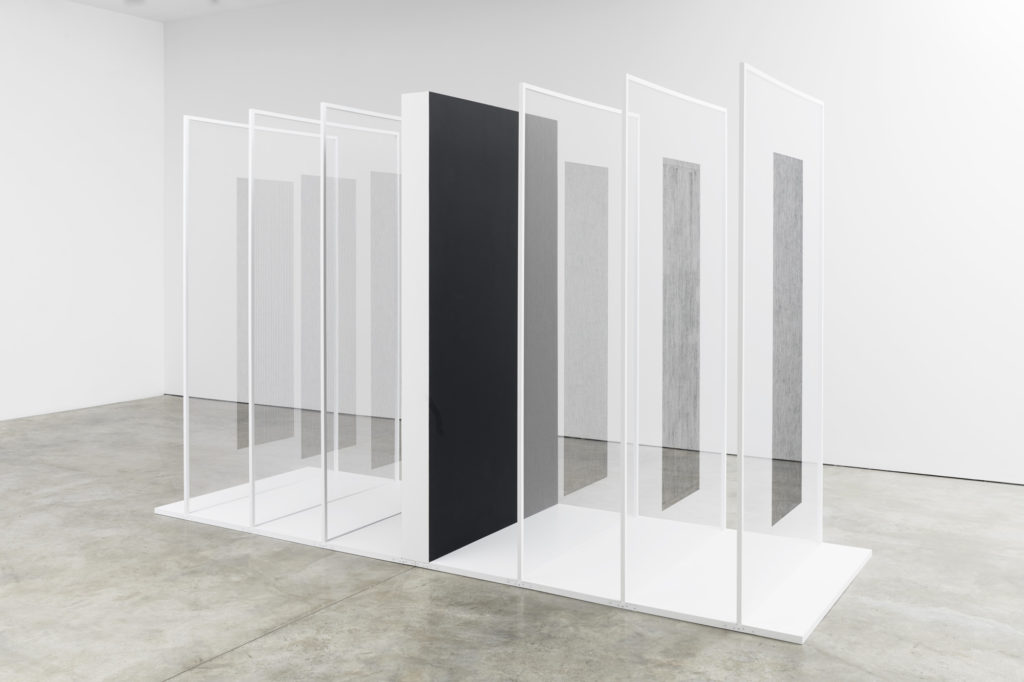 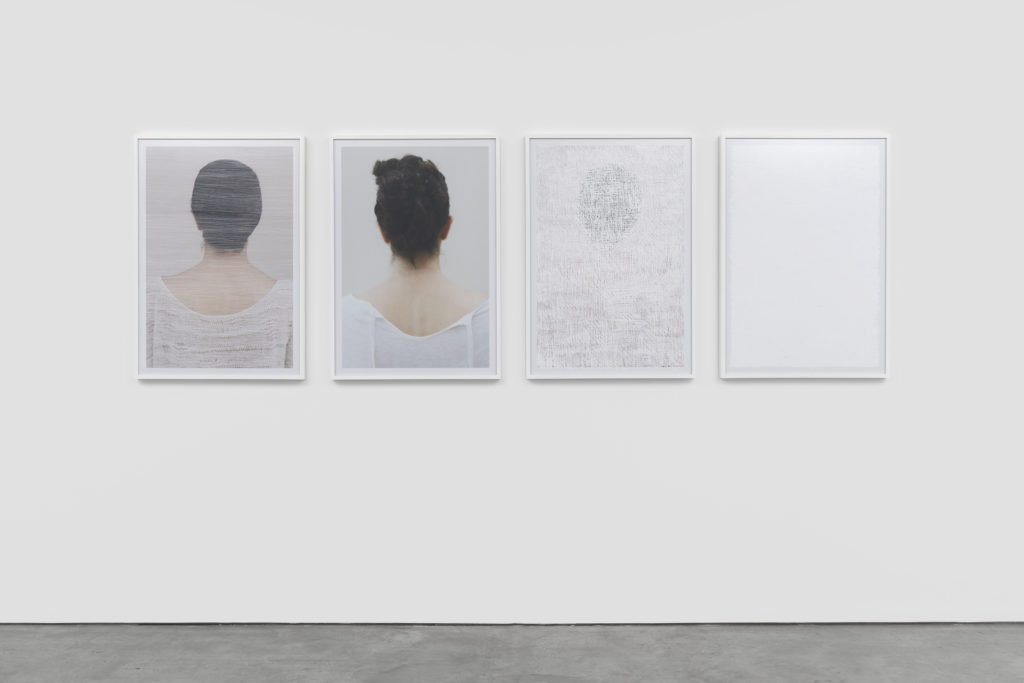 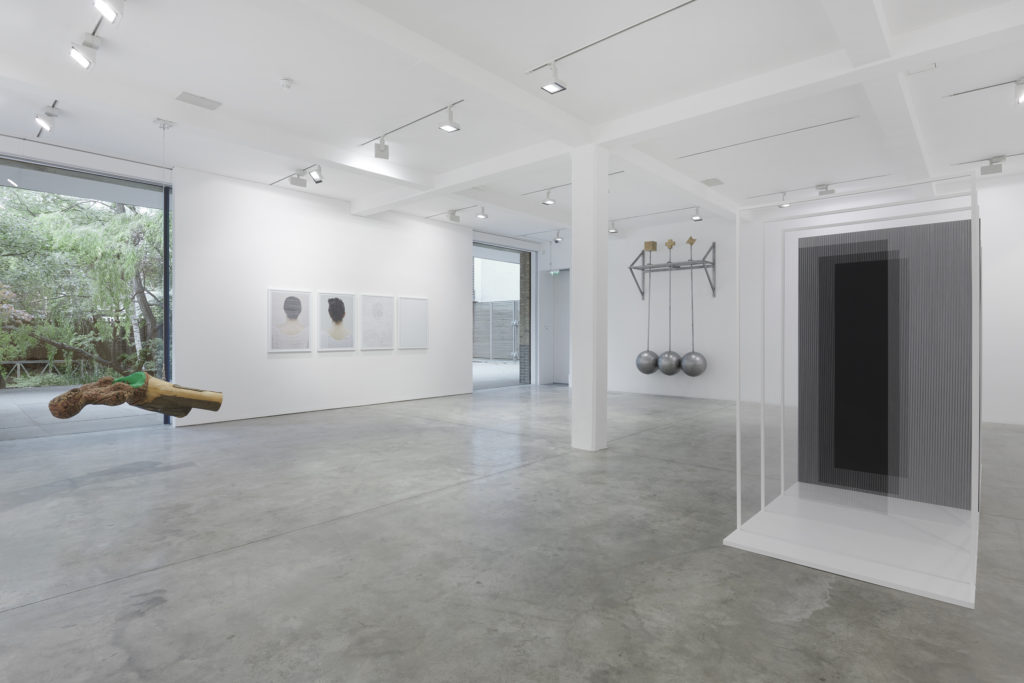 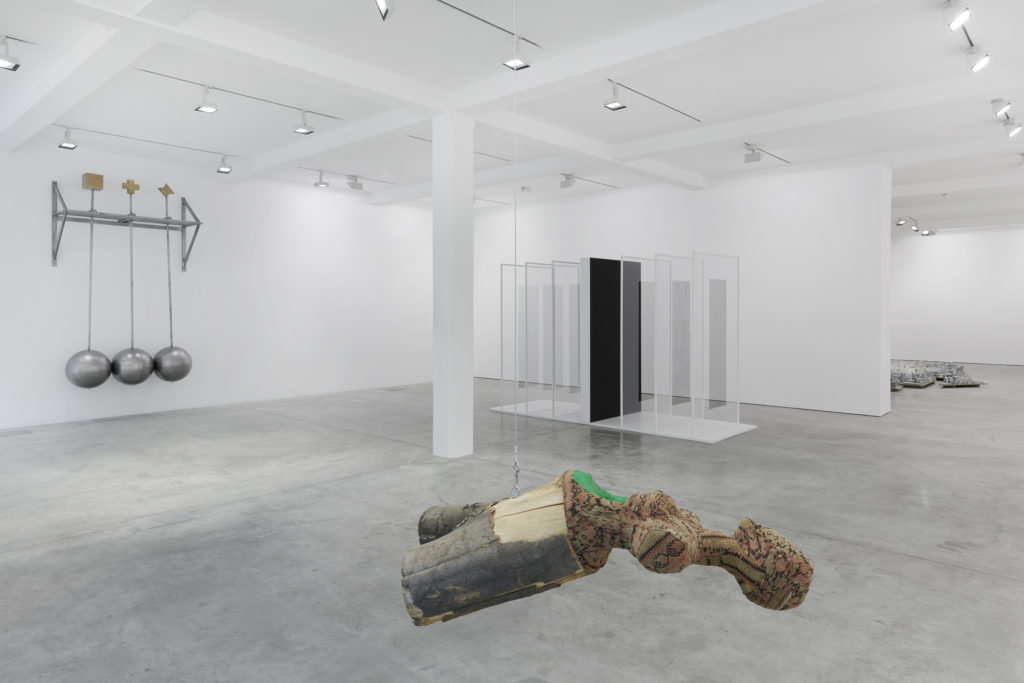 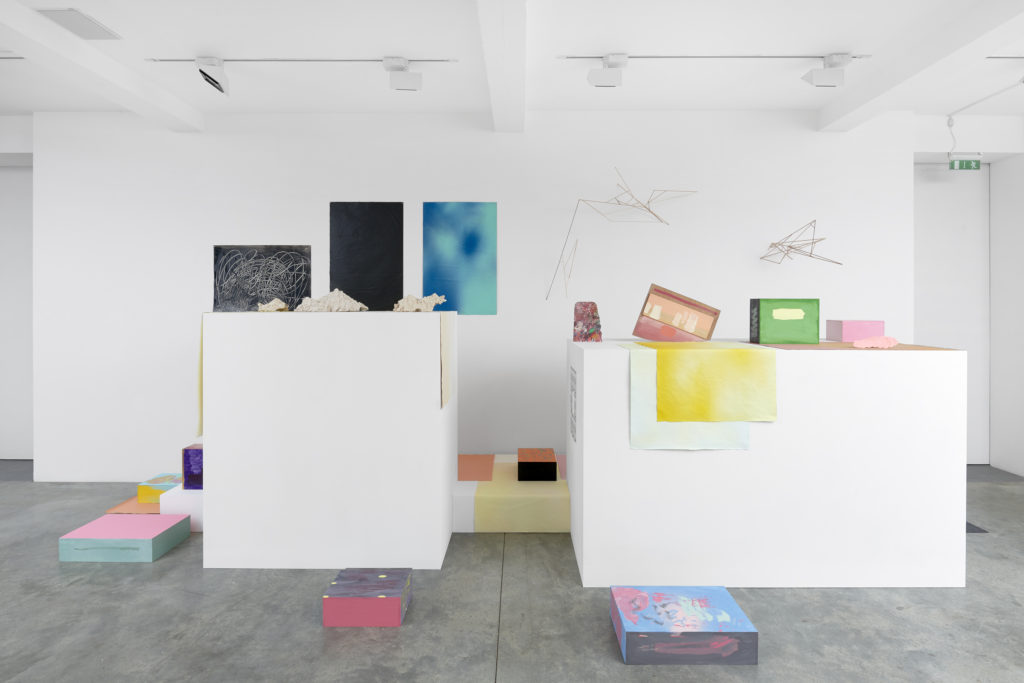 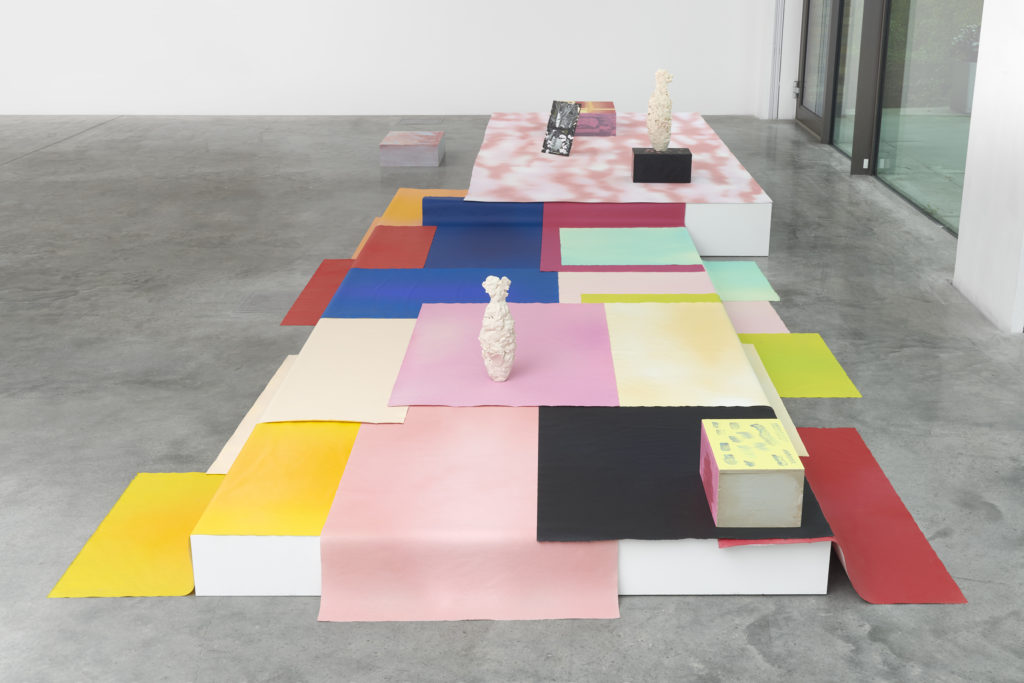 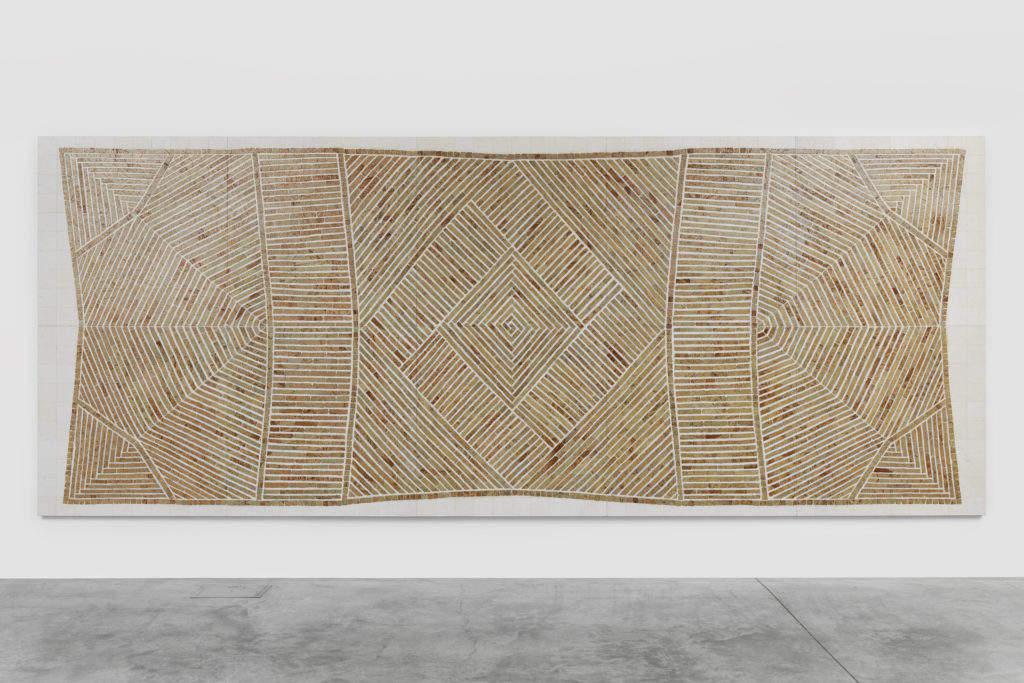 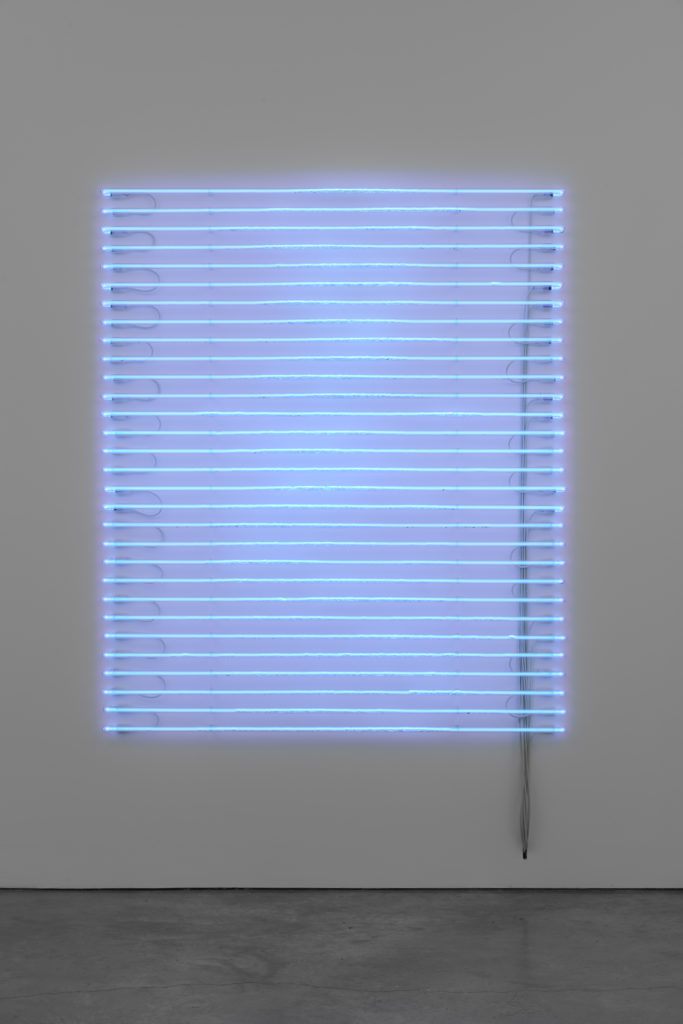 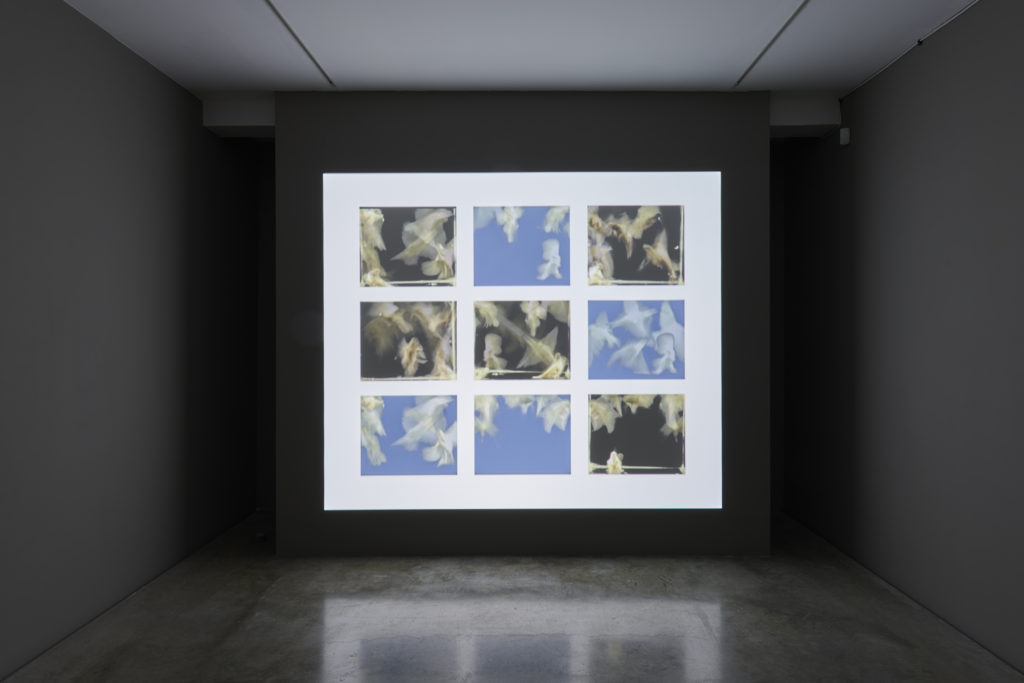 Morteza Ahmadvand, Flight, 2008.
Nine Iranian Artists in London: THE SPARK IS YOU, installation view at Parasol unit, London. Photography by Benjamin Westoby. Courtesy of the artists and Parasol unit. 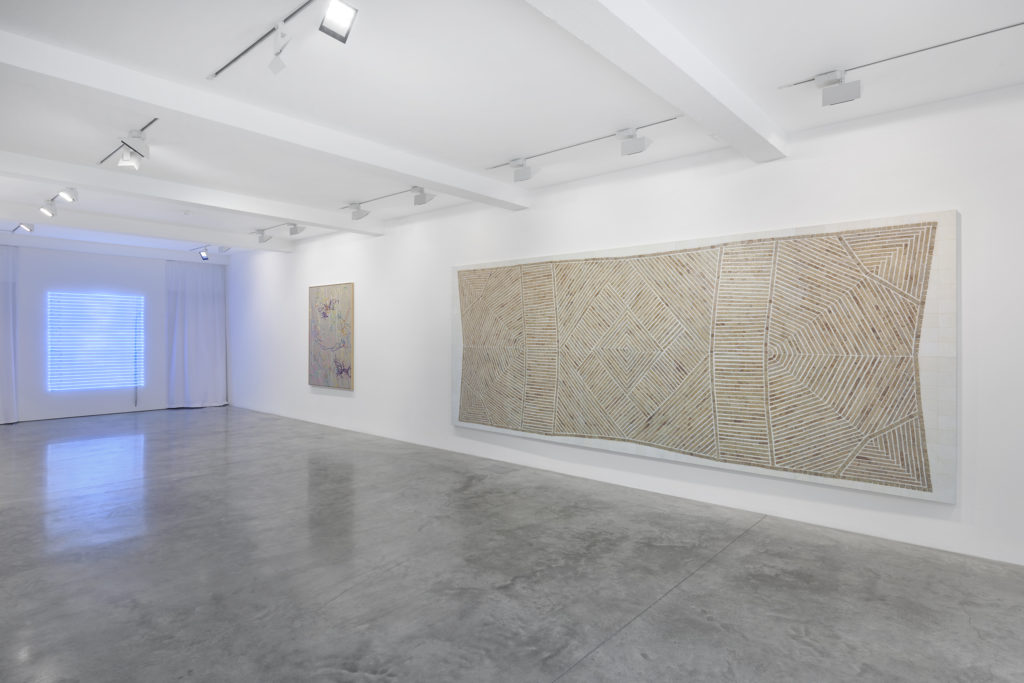 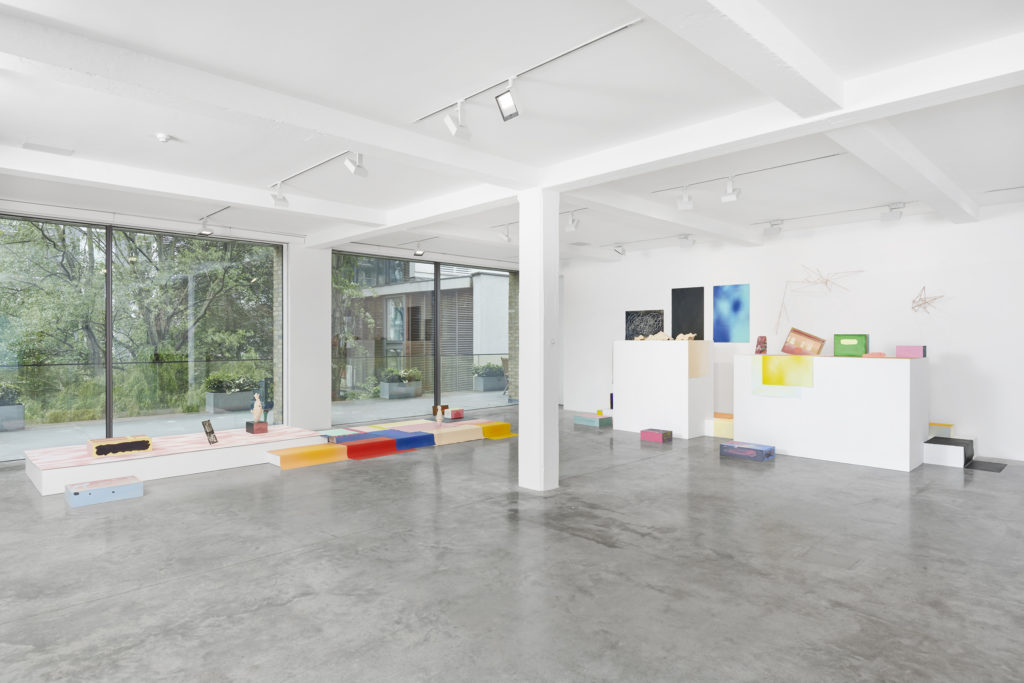 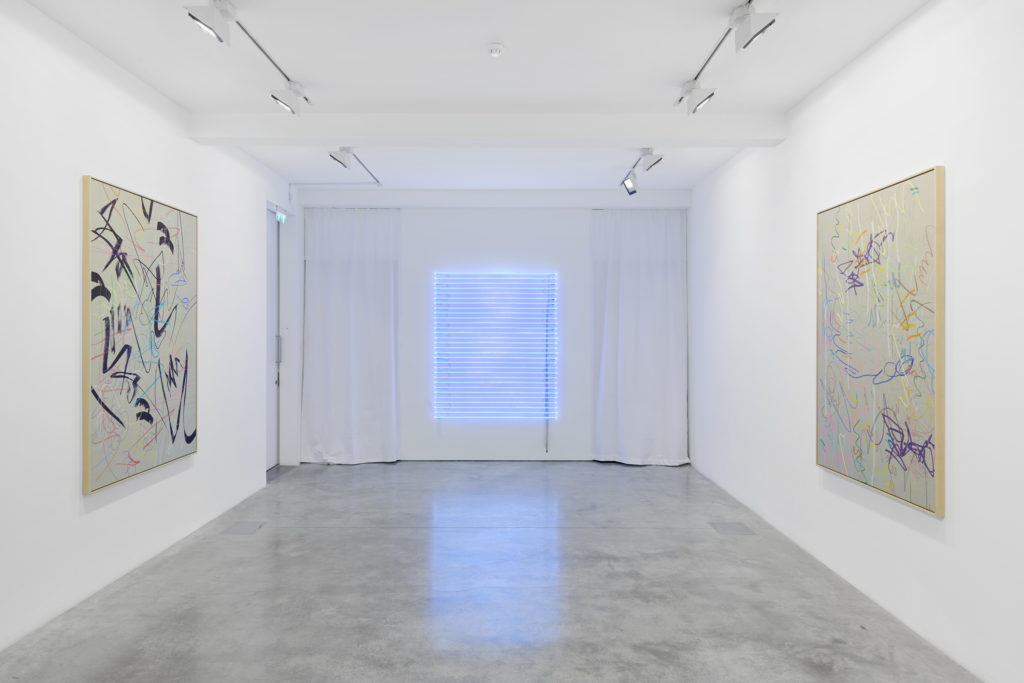 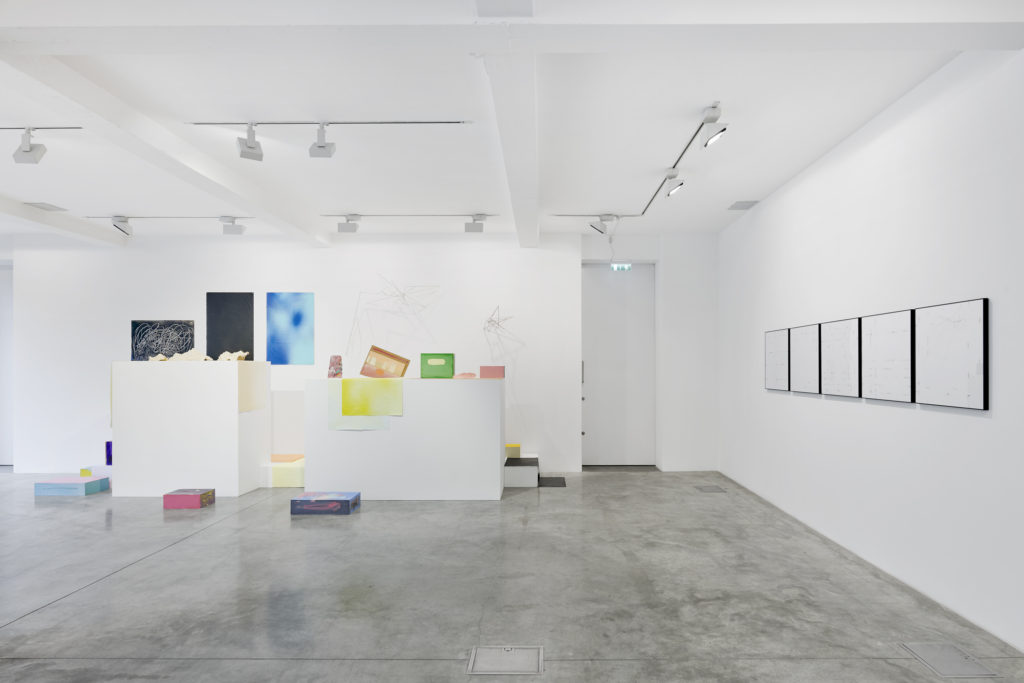 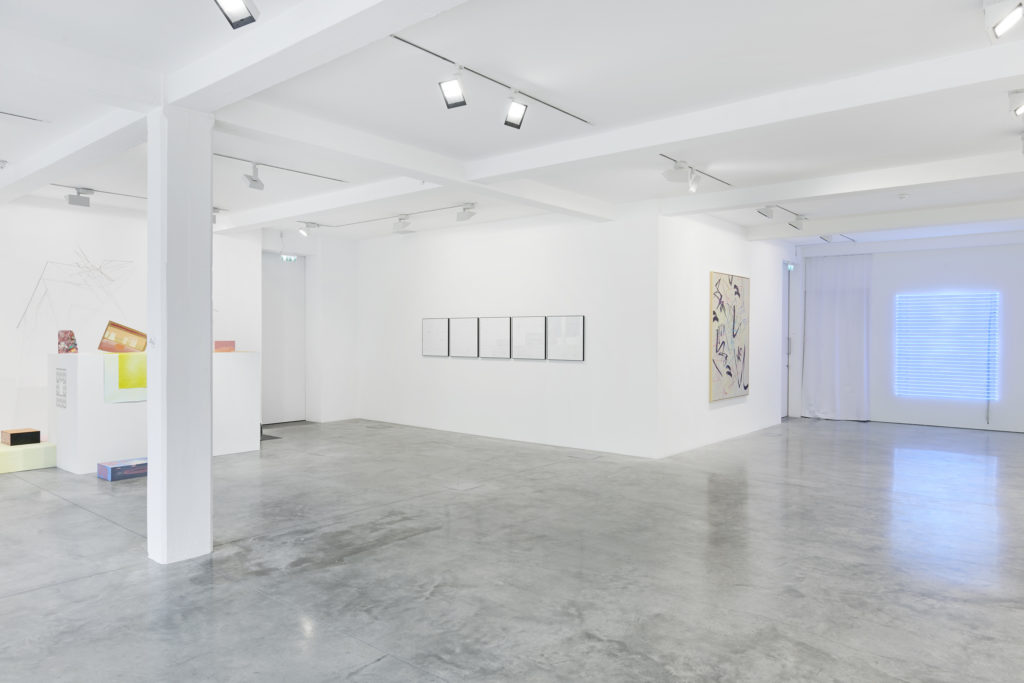 THE SPARK IS YOU: Parasol unit in Venice

Intimations of Immortality: An Evening of Persian Poetry

Tell Me A Story… Shahrzad “In Analysis” In Contemporary Persia

On Shahrzad and the Eternal Feminine

The Spark Is You Artists In Conversation

From Words to Views