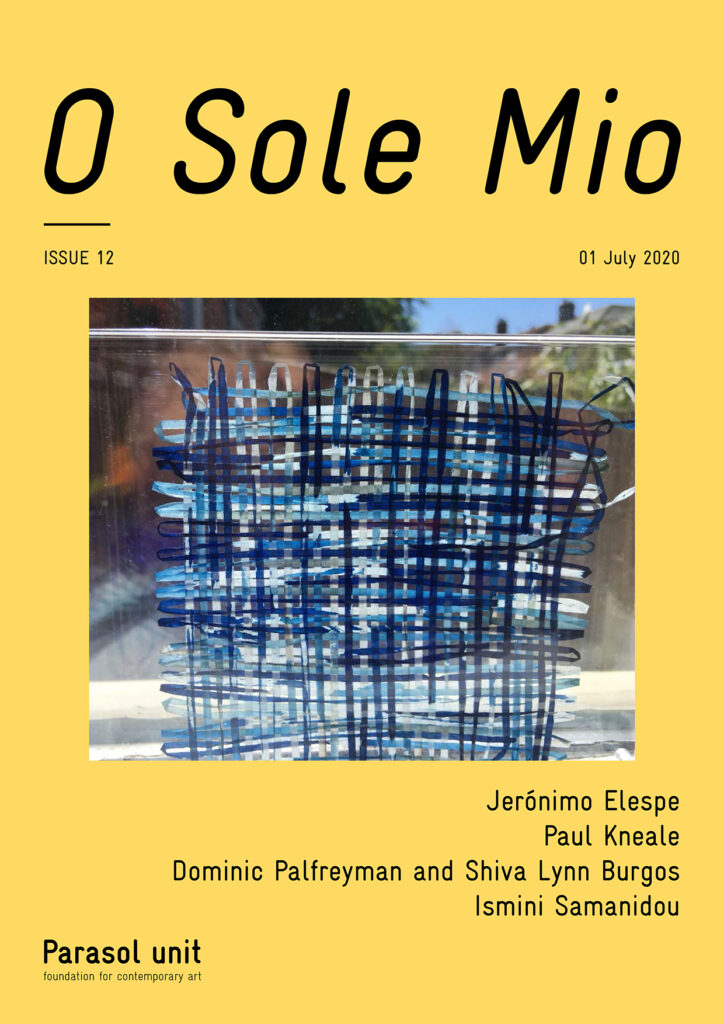 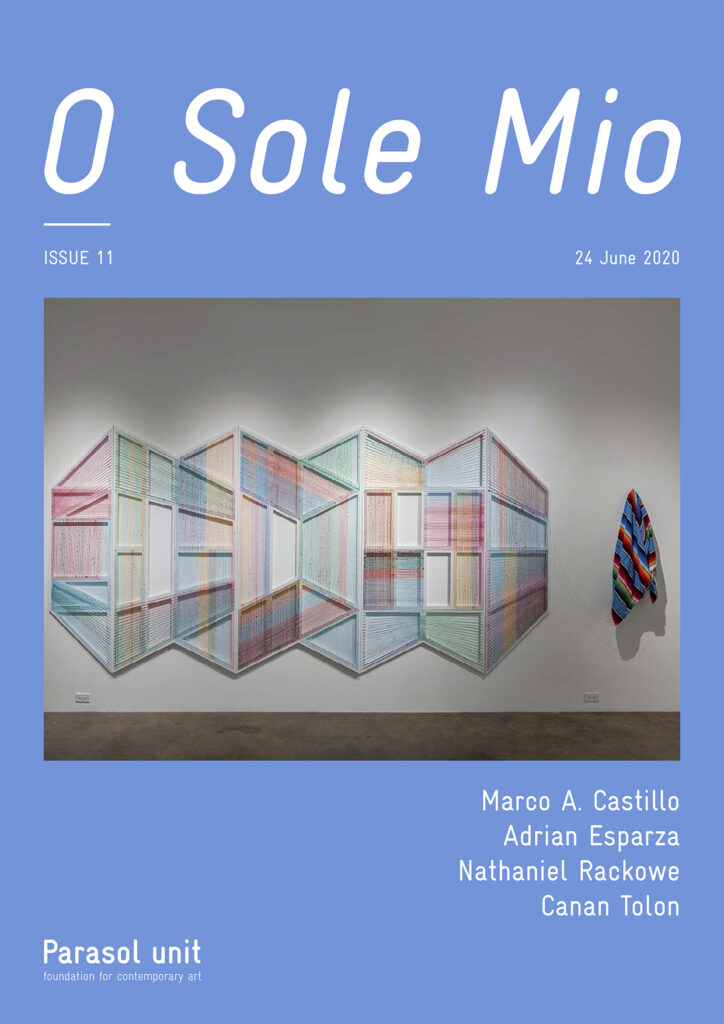 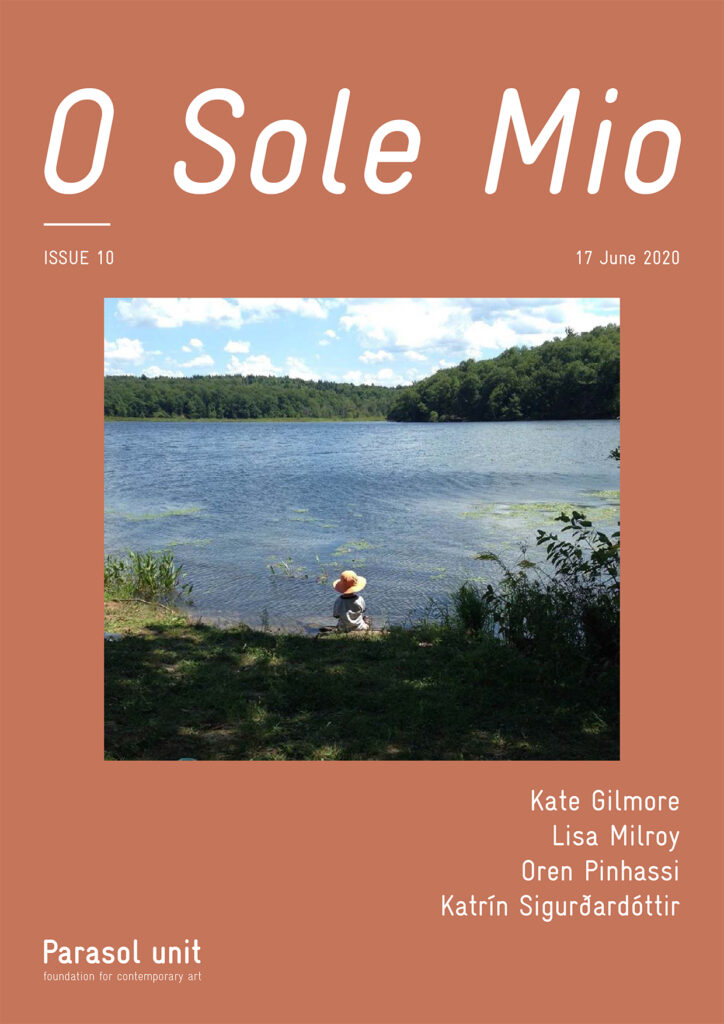 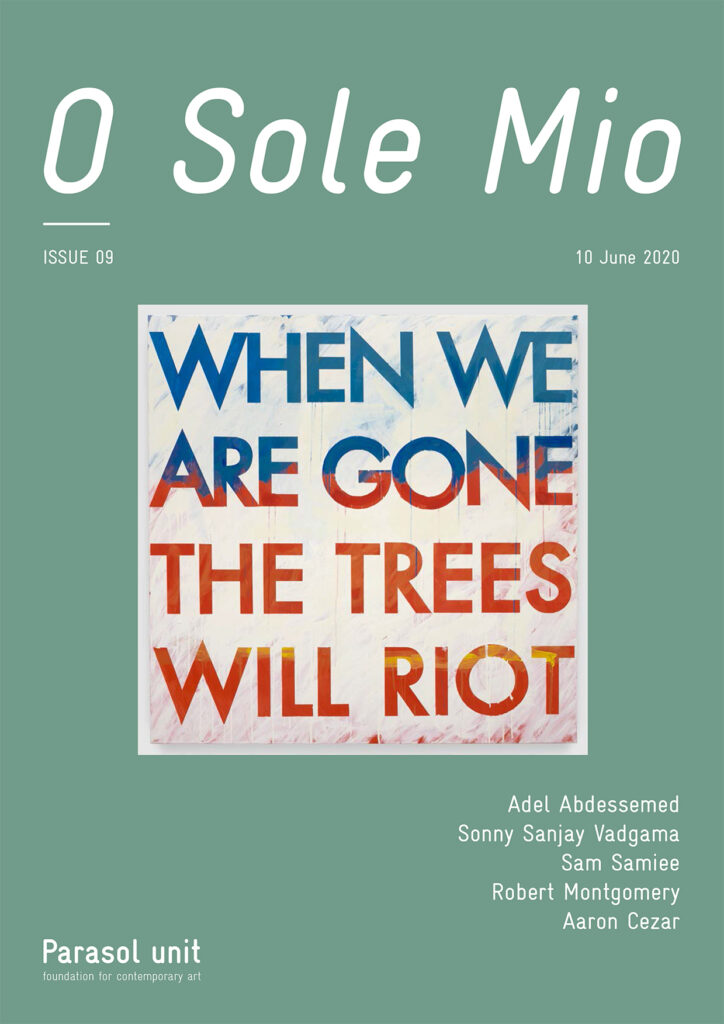 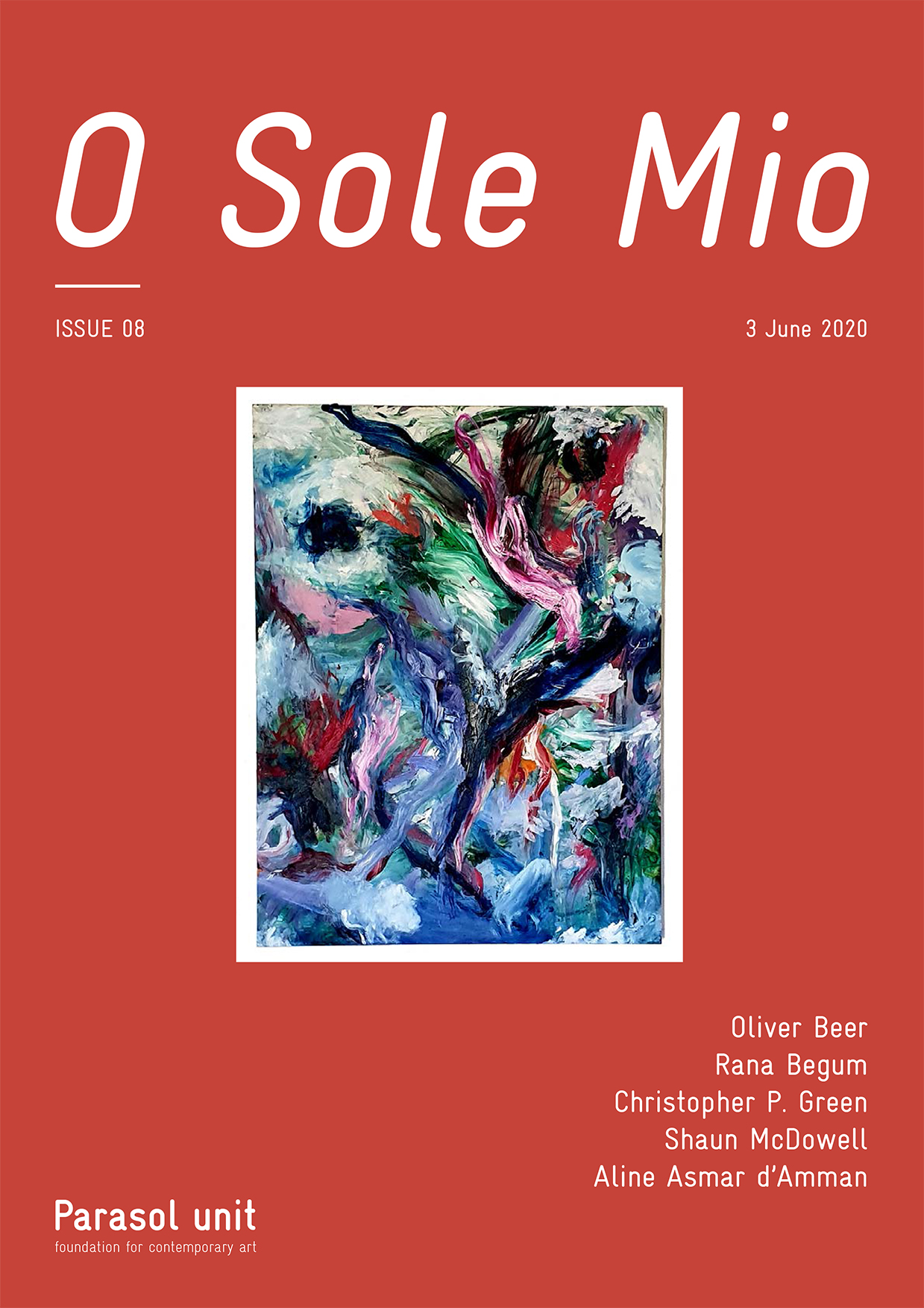 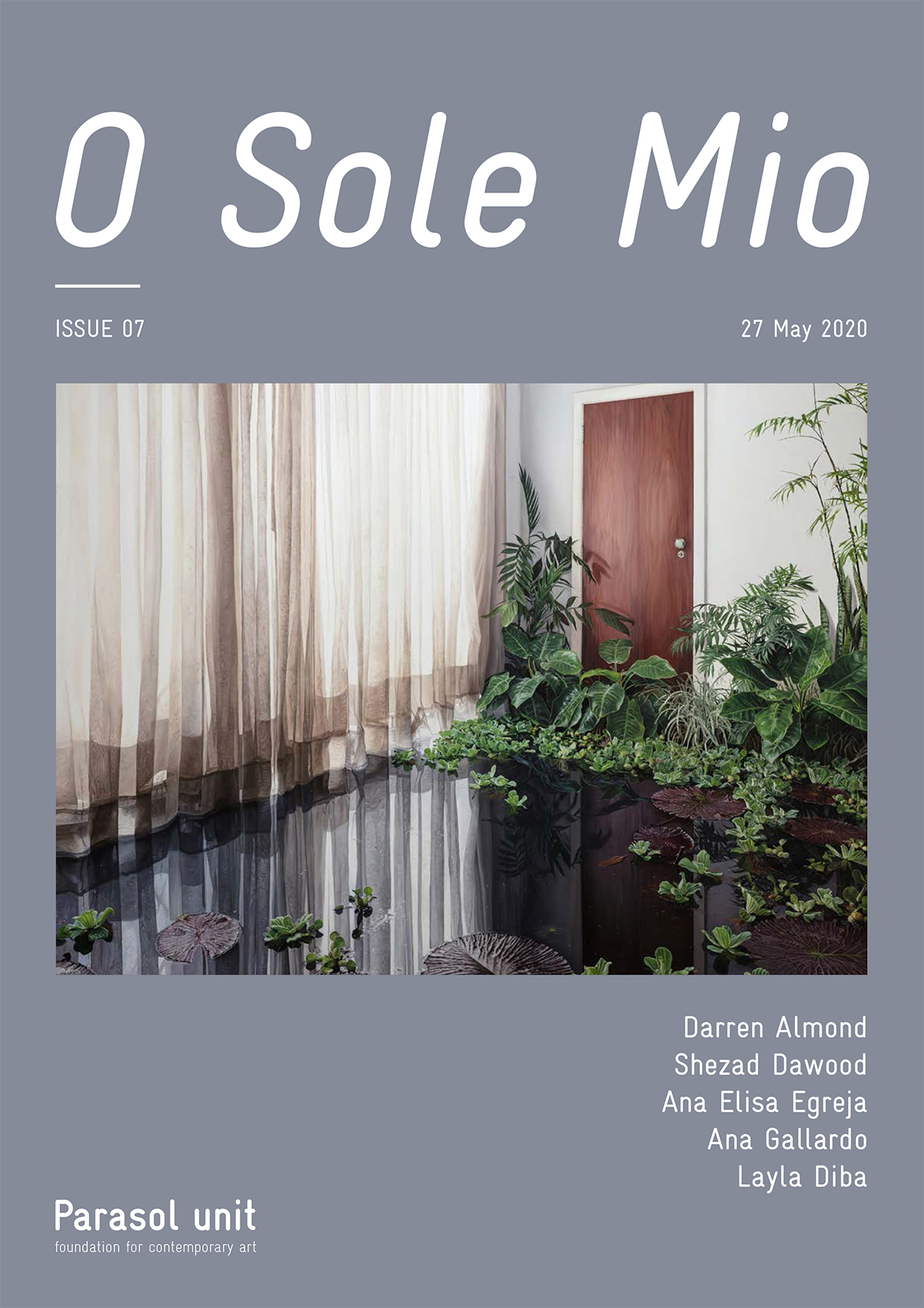 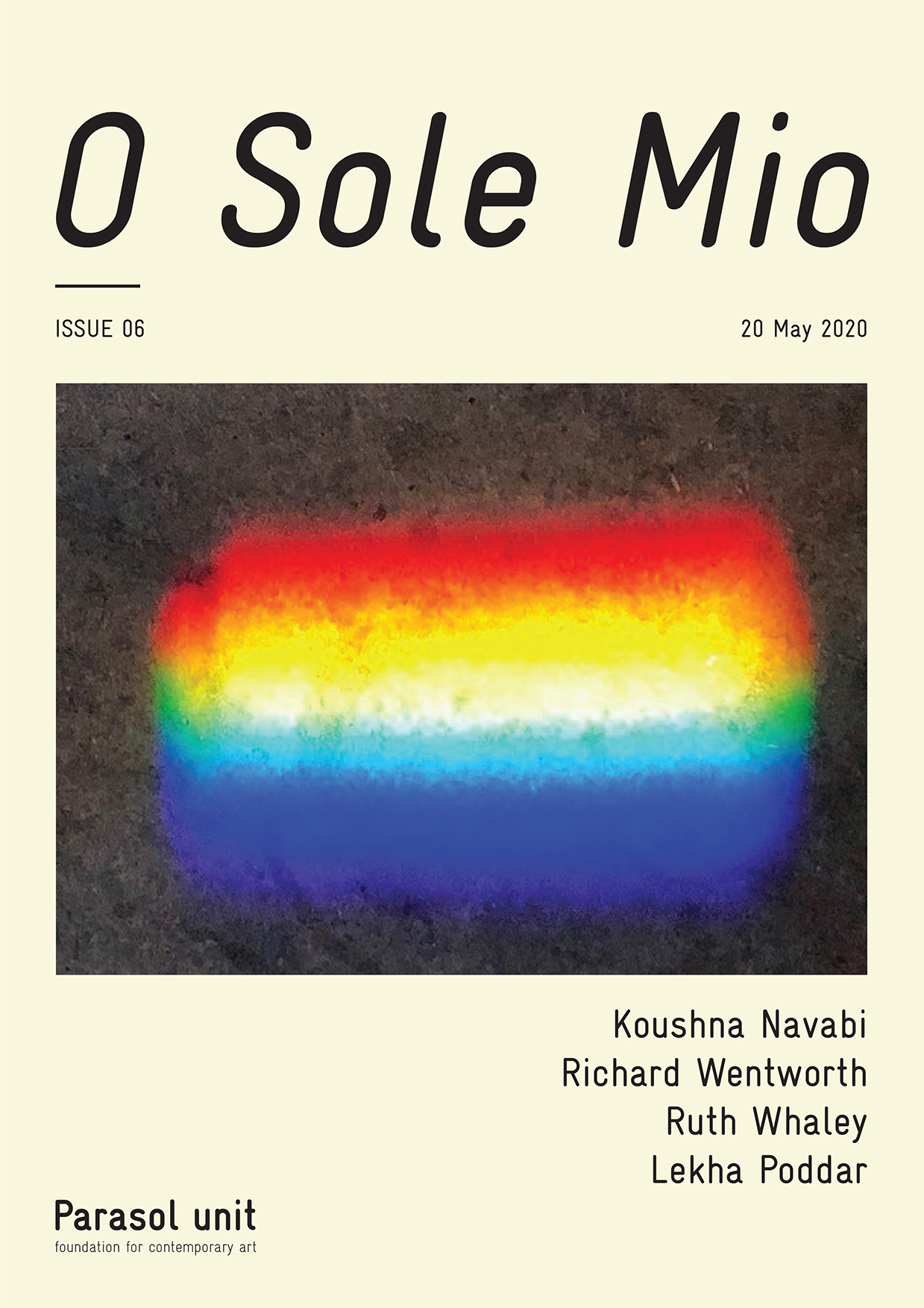 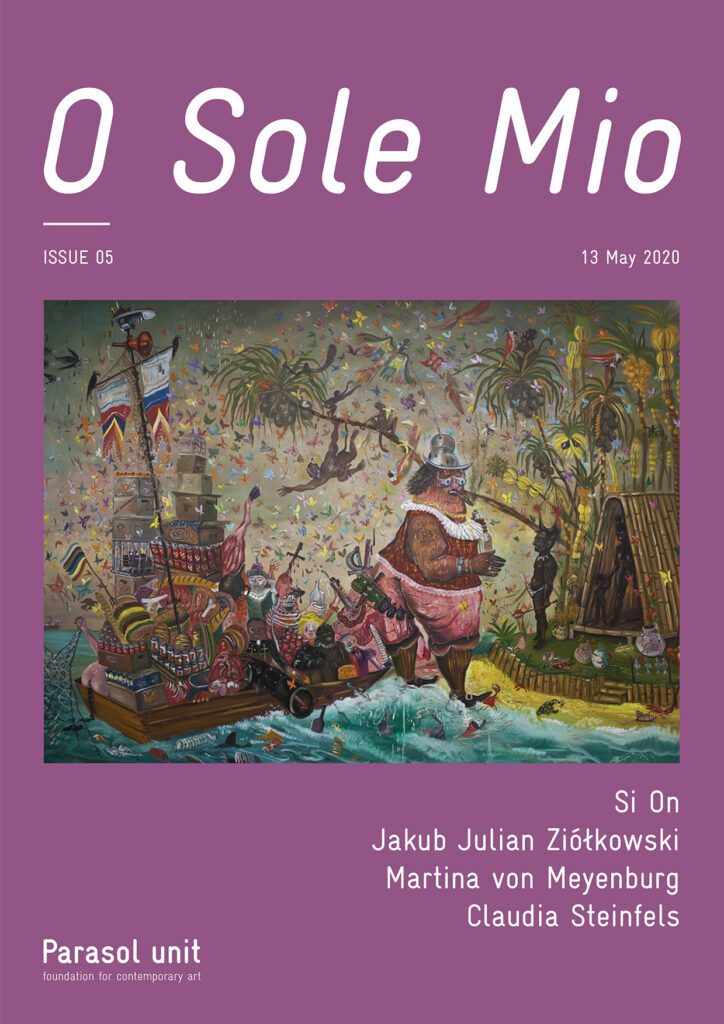 Issue 5: featuring works by Si On, Jakub Julian Ziółkowski, and Martina von Meyenburg, with a written reflection by Claudia Steinfels 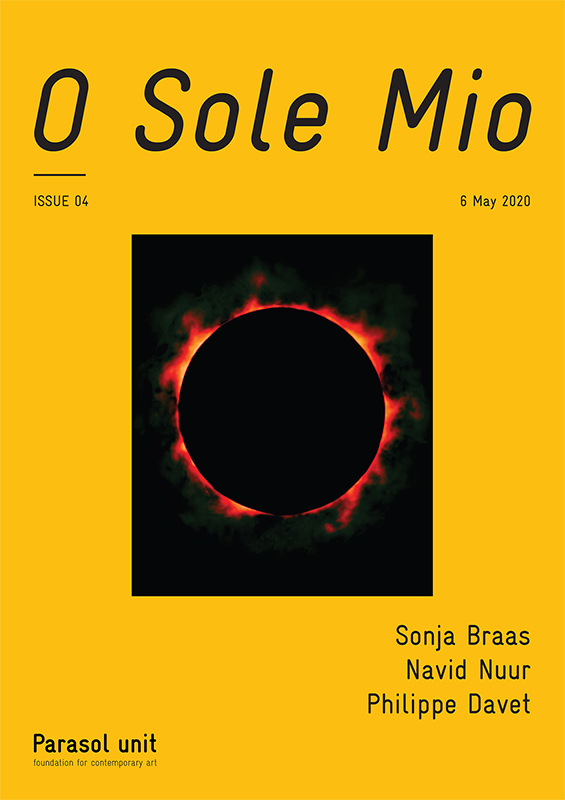 Issue 4: featuring works by Sonja Braas and Navid Nuur, with a written reflection by Philippe Davet 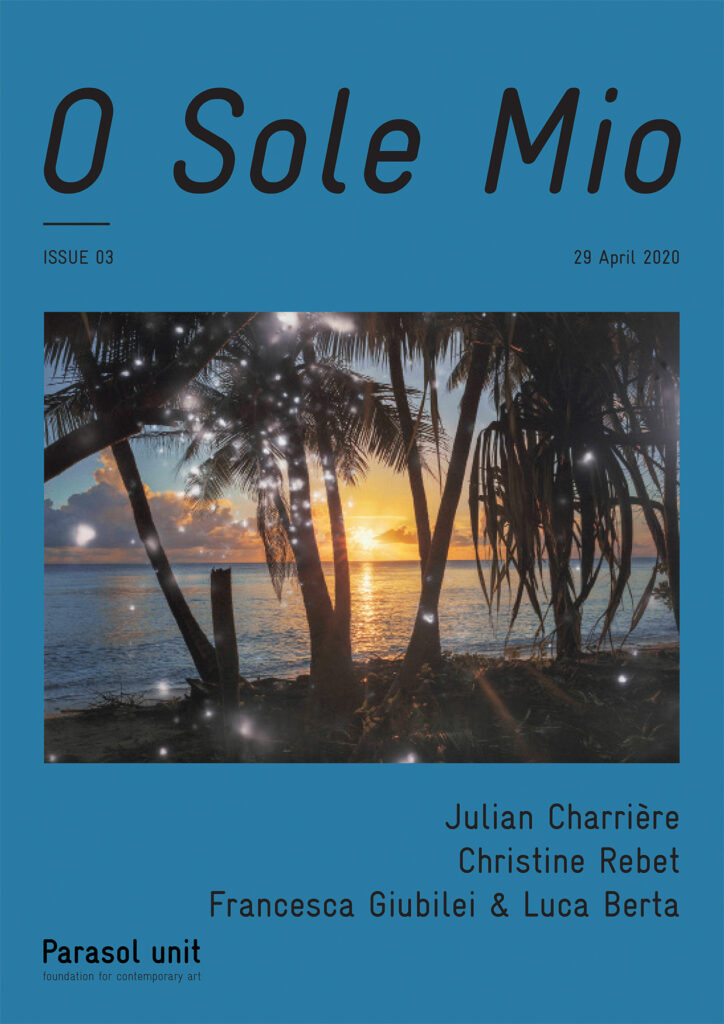 Issue 3: featuring works by Julian Charrière and Christine Rebet, with a written reflection by Francesca Giubilei and Luca Berta 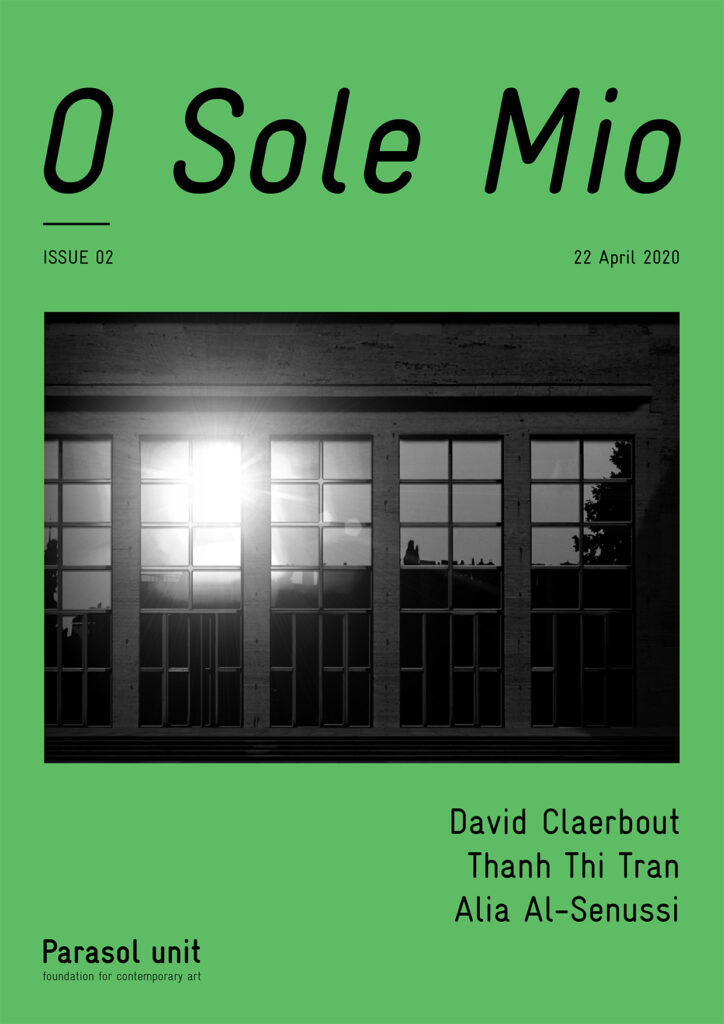 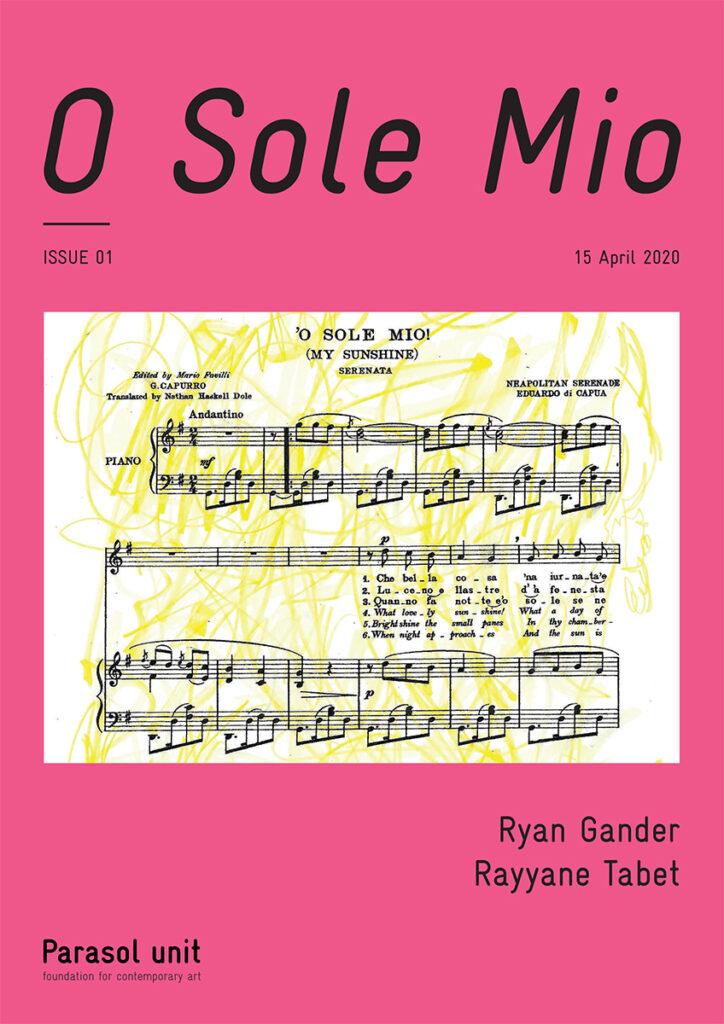 Parasol unit foundation for contemporary art is delighted to present an online exhibition of works by a selection of contemporary artists and the wider artistic community in response to the Neapolitan song ‘O Sole Mio’. Consisting of a series of texts and images presented in a digital magazine and shared through weekly newsletters, the virtual exhibition will take place on our website beginning in April 2020.

During this unprecedented and challenging time across the globe, it is vital that we all strive to look beyond the crisis and focus on the positive. With that in mind, we chose ‘O Sole Mio’ as a starting point for this our first online exhibition. Since it was written in 1898, ‘O Sole Mio’ has been performed by many vocalists. It celebrates finding joy in one another but equally in experienced moments of stillness and serenity. Despite the storms we may endure, we each have our ‘own sun’ from which we can draw positive energy and hope.

Inspired by the universal warmth and positive message of the song, we have invited artists to contribute to this virtual exhibition by making or writing a work in response to the concept, meaning and associations connected to the iconic lyrics and melody of ‘O Sole Mio’ – what it represents to them, the memories it evokes and/or how we might understand it within the context of our time. Each week, we will present an issue of the online magazine featuring works by different artists and accessible on our website. At the end of the exhibition their contributions will come together in a printed publication.