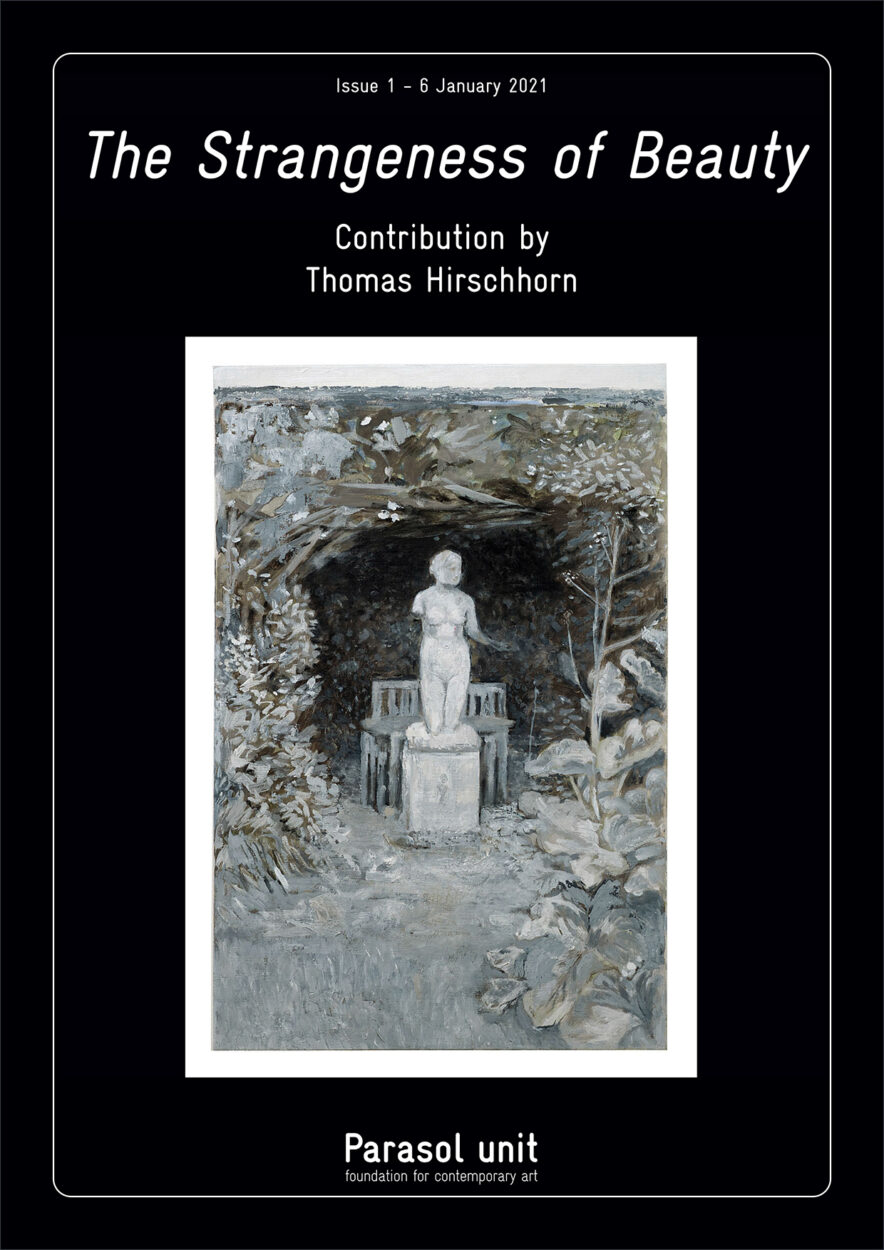 The Strangeness of Beauty

It is probably true to say that from the onset of their creative work, artists confront the concept of beauty and aesthetics, even though they may go against it later in their career. According to the philosopher Denis Dutton, beauty is far more than a passing thought or feeling, rather our response to it arises from deep within our mind – from our ancestral past. Within the development of contemporary art, we know that conceptualism, or the art of ideas, and its many ramifications increasingly became the overriding criteria in the work of artists during the second half of the twentieth century, and thus largely replaced the discourse on beauty. Later, political art reinforced such tendencies and beauty was relegated to being somewhat kitsch and peripheral.

The Romantic poet and writer Edgar Allan Poe, in his 1838 book Ligeia: Short Stories, explored the interconnectedness between beauty and strangeness. Describing the facial features of Ligeia, one of the story’s characters, Poe noted that ‘There is no exquisite beauty … without some strangeness in the proportion.’ Indeed, it seems that Poe believed strangeness to be an essential ingredient of beauty. Now, nearly 200 years later, amidst countless discussions about political art, racial issues and matters threatening the planet and its inhabitants, it does seem worthwhile to once more bring the relationship between strangeness and beauty to the table and open up the conversation with various thinkers.

In these brief conversations held under the umbrella of Parasol unit, I take immense interest in asking each invited guest whether strangeness and beauty have been at all relevant in their practice and will look forward to receiving their overall thoughts on the topic. 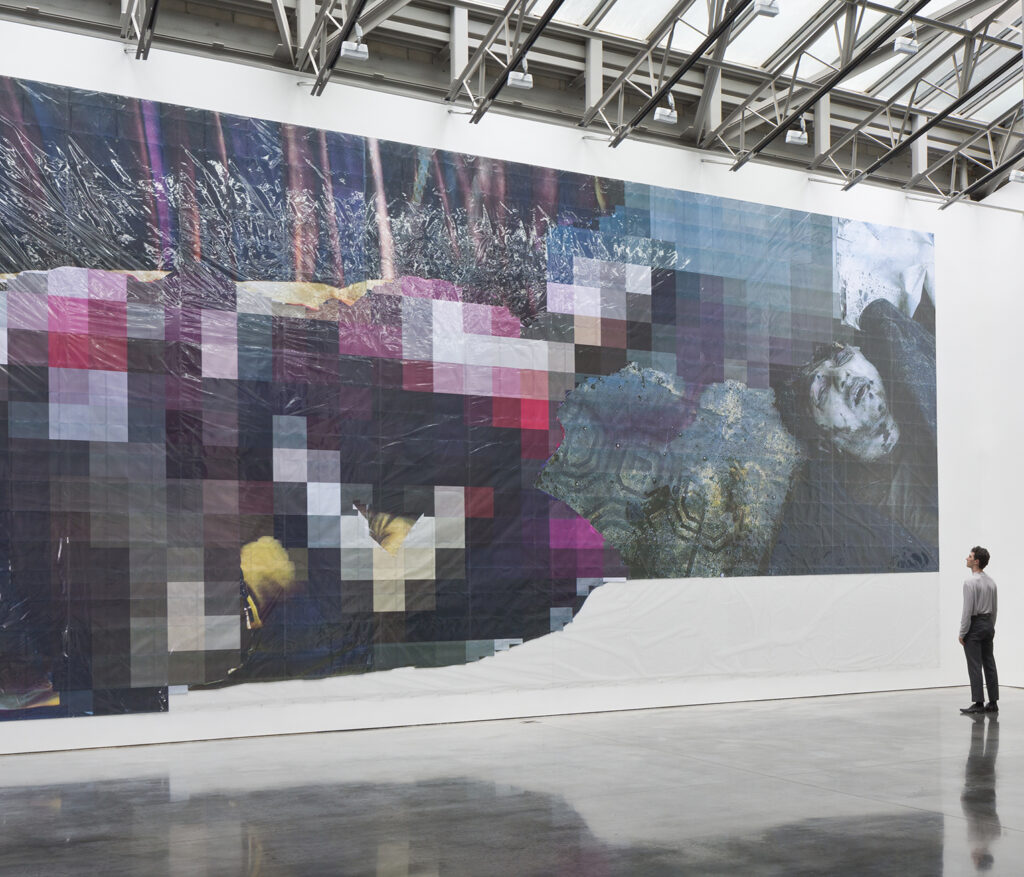 ‘It’s beautiful!’ There is no more enjoying, no more empowering, no more encouraging comment concerning a work of art. As an artist, I want and I always wanted to do a beautiful artwork. I think the most powerful judgement about a work of art is the term Beautiful! If I love a work of art, it’s because it is beautiful. The notion of beauty is self-sufficient. Something is beautiful as such. There is no need for argument or discussion. As love, beauty is an absolute, a universal notion, nobody can deny love, nobody can deny beauty. Beauty is an affirmation, it is never a question of taste, of aesthetical education or cultural habits. I am not interested in doing a non-beautiful artwork, I never toyed with ugliness. It’s not because somebody says that my work is ugly, horrific, depressing or odd that I will take over those terms. I am not playing around these notions or using them in order to demonstrate them. I will never, ever give up the notion of beauty. Beauty must be occupied and preserved from capitalism, from consumerism, from the fashion industry. I do not want to abandon beauty to the glamour business. Everything which is beautiful has to come from the inside, from myself, from myself in confrontation with the world. I want to work with what belongs to me and I want to stay free. I want to confront the world’s incomprehensibility and uncertainty, not by bringing peace or quietness, but by working within the chaos and within the unclarity of the world. I want to do something charged that reaches beauty in its necessity, in its emergency and its intensity. Something beautiful arises if there is an engagement and if the mystery contained in this engagement remains. It is the autonomy and the absoluteness of the artwork which gives it its beauty. 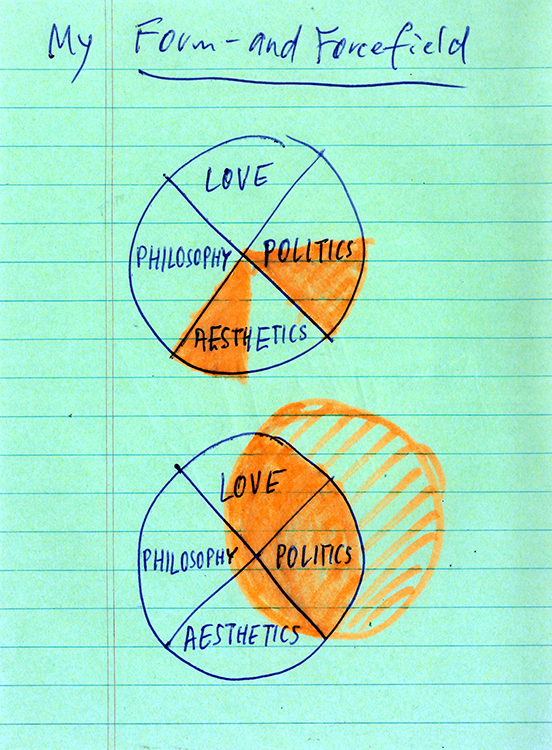 As an artist, I do know that we are living in a beautiful, over complex, contradictory, violent, cruel world, and I want my work to reflect this. I want to give it a form which challenges the world, my world, our world, I want to give form to the time I am living in and I want to give form to the reality which is mine and which surrounds me. Giving form is my commitment as an artist. My problem as an artist – and art’s problem – is to give form. A form, my very own form, a form only I see, a form which in its logic only I have to understand, and a form only I can give. I use the term ‘give form’ because it means giving from myself – giving form is not doing a form or making a form. Therefore, I invented my own Form-and Force-field to include the notions of love, philosophy, aesthetics, and politics. I always want – this is my logic – to embrace these four notions, even unequally, together in my work. Aesthetic is therefore a necessary part of my Form-and Force-field, but is not to be confused with beauty. I understand beauty as emancipation out of aesthetics, because, only if the dimension of aesthetics is dominated can there result beauty. Thus, form is non-splittable, non-negotiable and even, non-discussable. A form is always beautiful and a form is always about beauty. Form only exists as something entire, indivisible and complete, as an atom or a core, as hardcore – form is hardcore. Only something which has no form is ugly. Form is what gives ethics, clarity, purity, movement in the incommensurable and beautiful world we are living in.

Simone Weil writes in Waiting For God, ‘All the horrors produced in this world are like the folds imposed upon the waves by gravity. That is why they contain an element of beauty. Sometimes a poem, such as The Iliad, brings this beauty to light.’ 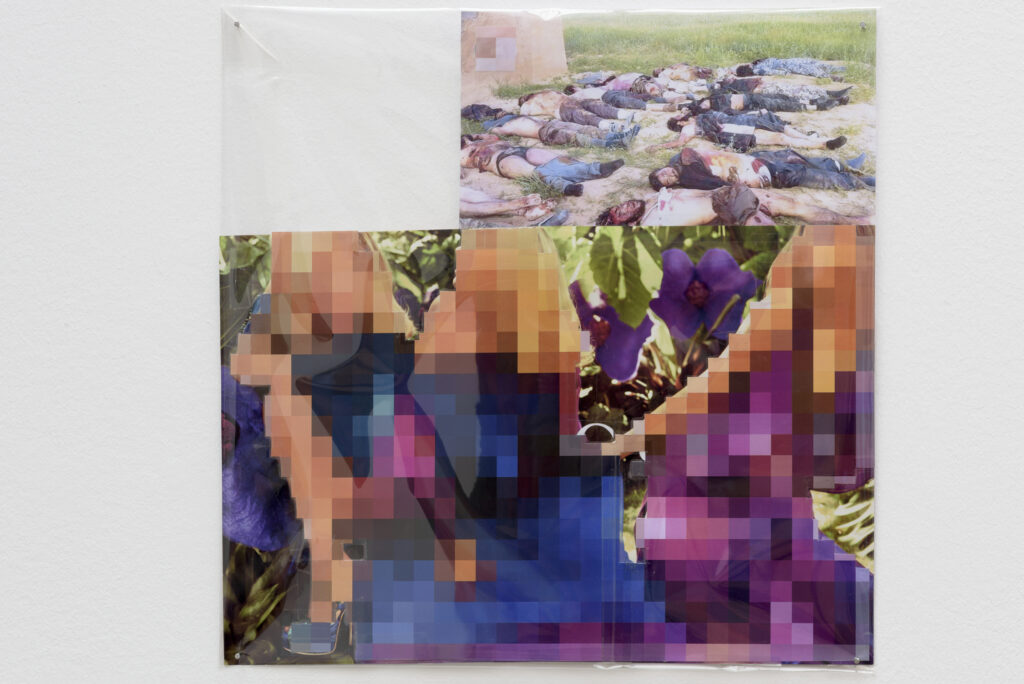 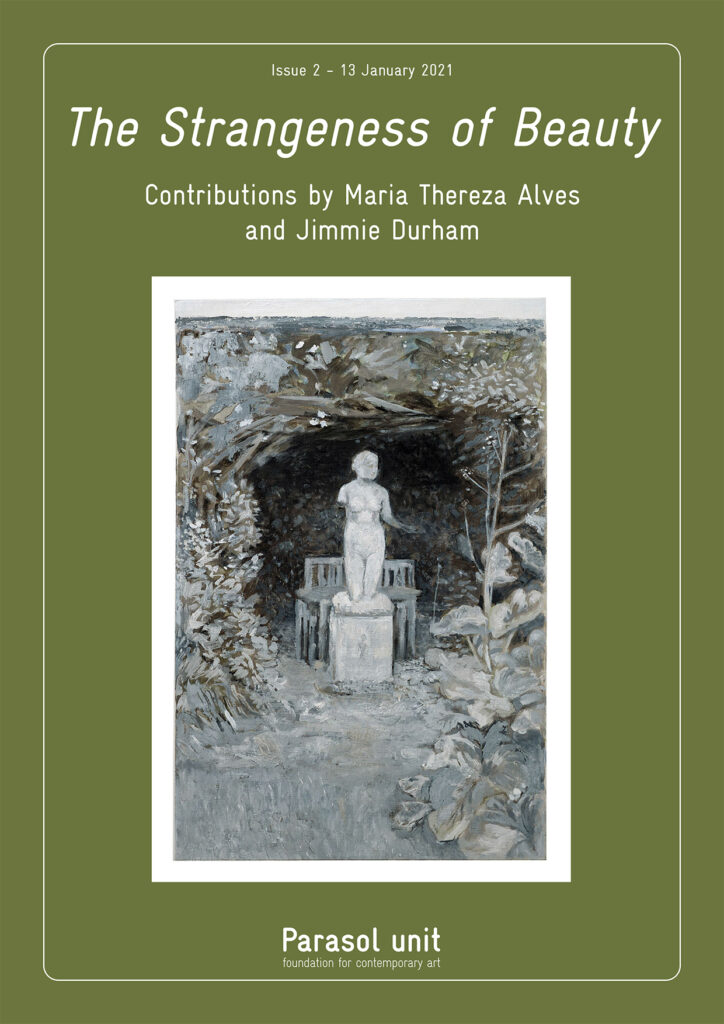 “The Strangeness of Beauty”

Private: The Strangeness of Beauty