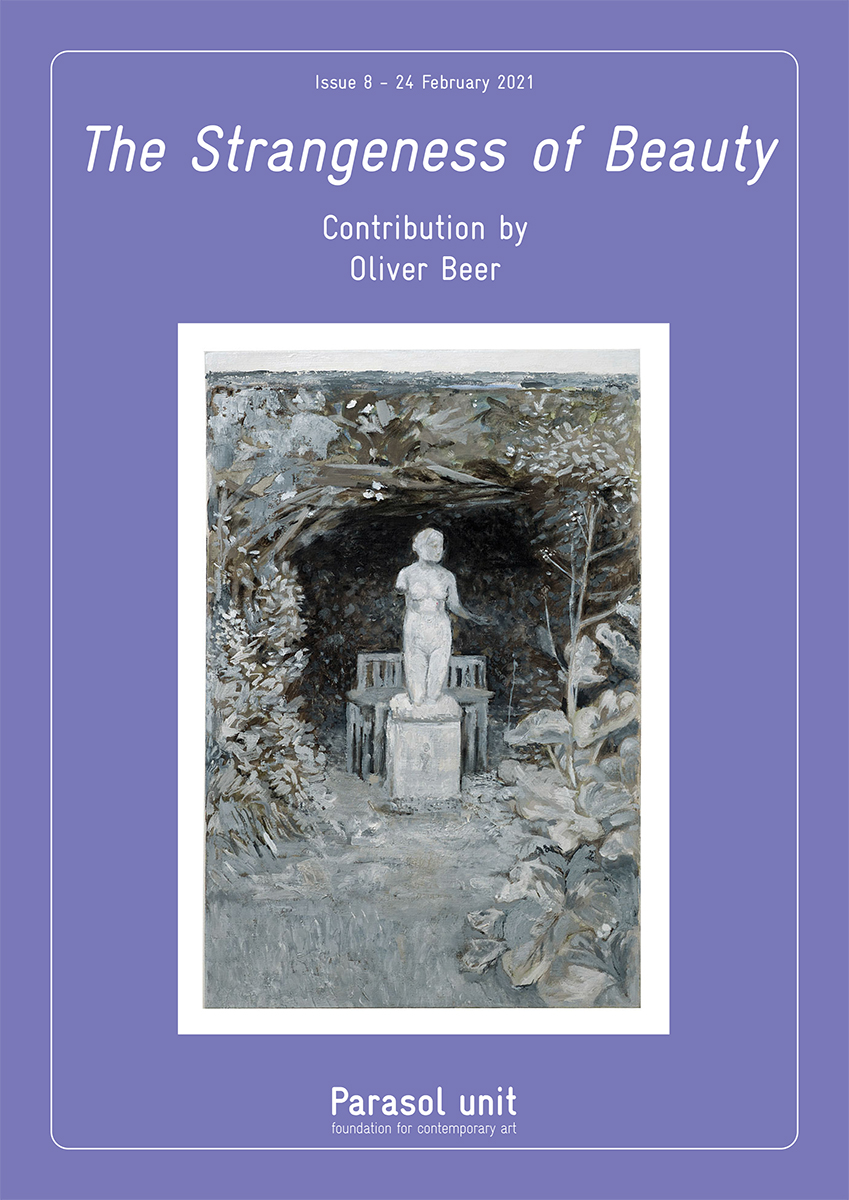 Tiptoe Through the Tulips

Oh, tiptoe from the garden
By the garden of the willow tree
And tiptoe through the tulips with me

Knee deep in flowers we’ll stray
We’ll keep the showers away
And if I kiss you in the garden, in the moonlight
Will you pardon me?
And tiptoe through the tulips with me

Maybe the flowers you stray will be the showers of life
And if I kiss you in the garden in the moonlight
Will you pardon me and tiptoe through the tulips with me?

Quite by chance I heard the 1929 song ‘Tiptoe Through the Tulips’ and like many other people I found this supposedly beautiful love song rather uncanny, even to the point of thinking it chilling. I tried to understand why such a love song should induce a sense of the uncanny. Was it the lyrics, the voice of the singer Tiny Tim, who popularised it in 1968, or perhaps our own lack of imagination in constructing scenes of affection? As we have seen time and again in the contributions that artists have made to this project, it is the uncanny, the strangeness in a work that is the characteristic which engages our interest and stimulates the kind of discussions that pure beauty rarely does. Strangeness is all around us in daily life, and let’s once more recall Edgar Allan Poe’s observation that there is no exquisite beauty … without some strangeness in the proportion.

In the profoundly intelligent and subtle text that Oliver Beer has contributed to this issue of The Strangeness of Beauty, he revives memories of his grandmother, or ‘Oma’ as he used to call her, through various physical traces of her belongings which were left behind after her passing. For Beer, in his own words these are: An impression formed at the meeting point of sound, vision, spatial consciousness, as well as cerebrally through an awareness of history and context.

I must admit that I have often been faced by the uncanny, by the strangeness in life, and every time I have found it stimulating and inspiring.

hear with your eyes

Oma was the name I called my grandmother. She put this lino down in the 1960s and over four decades her feet gradually wore through the decorative pattern. Over the years, marks appeared in front of the oven, the sink, the front door, where she turned around in front of the fridge, where she sat at her table shuffling her feet. Like a drawing made over forty years, these worn patches describe half a lifetime of movement. 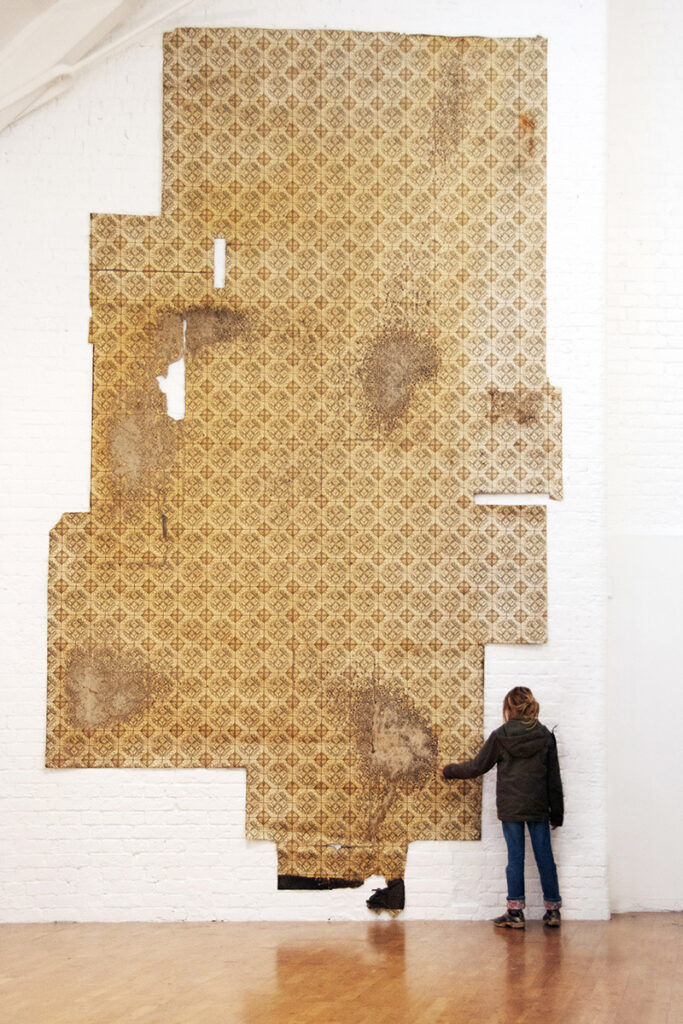 When I was a kid I found beauty in strange places. I could hear what musical key a room was in just by listening to it – as though it were a seashell – the ambient sound bouncing off the walls and being gently filtered by the geometry of the space. A room is a vessel. It contains us, and it also contains music. Like a wine glass or a bottle, it contains its own musical notes. The notes are determined by the geometry and volume of the space. I taught myself to sing the natural frequencies of rooms to stimulate powerful standing waves that would perplex the ears – seeming to come from everywhere and nowhere. I first did this in Oma’s kitchen. I have listened and sung to thousands of objects to find the ones whose empty spaces resonate in perfect harmony with each other. The most humbling moment for me, as I worked my way through a labyrinthine storage area, was singing into a simple vessel painted with geometric designs, which sang back to me with a pure and perfectly chilling D-natural (D3). It was made between 5300–4300 BCE in the region that would become Persia. Since the day the vessel was fired, more than seven millennia ago, it has been singing the same note. The beauty of the object was tied up with the uncanny purity and timelessness of the sound. 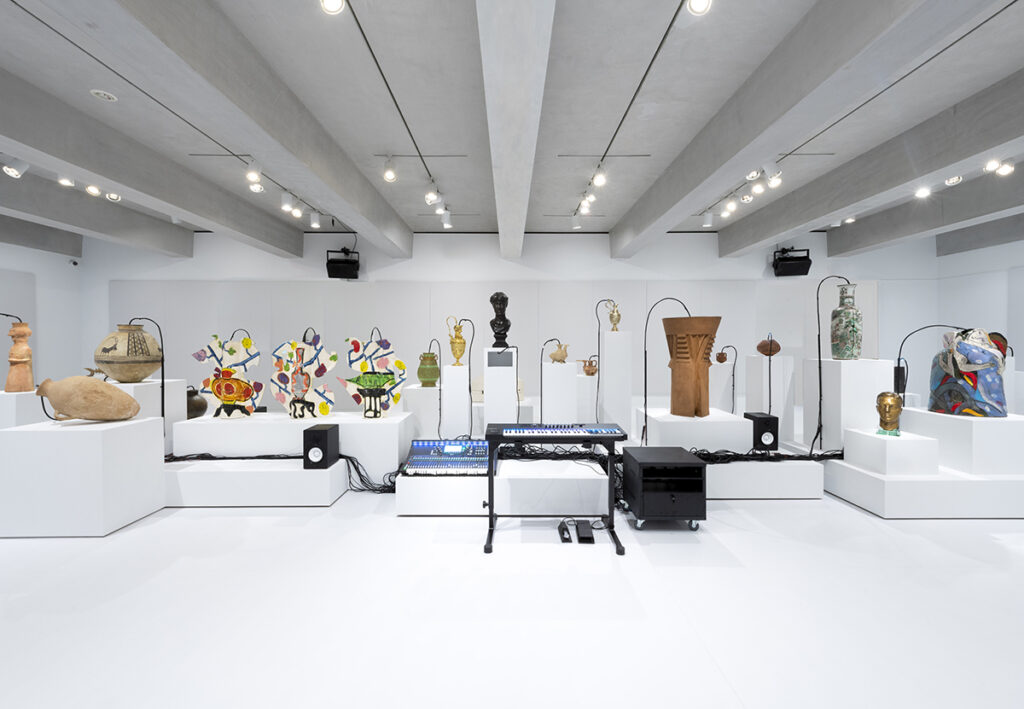 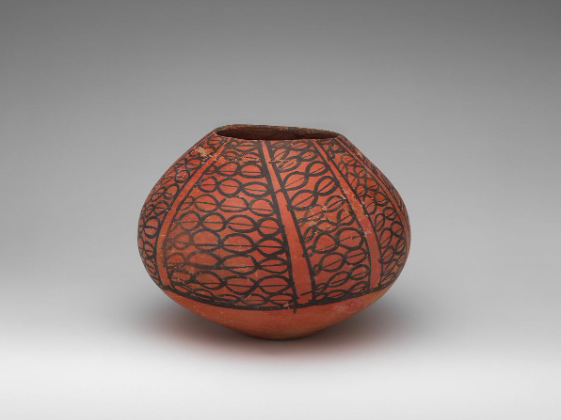 In 2020, Oma’s remaining belongings, mostly worthless, were going to be thrown or given away. It had been seventeen years since she died. Rather than let the final physical traces of her life dissipate, I sliced through her things – her glasses, chess pieces, books, coloured pencils – at precise angles and set the pieces into resin. I sanded them to a perfectly flat pictorial plane and hand-painted the resin with white gesso. I made a composition with her belongings, trying to see them as sound sees them, not stopping at the surface like light does, but trying to understand the essence of the things, their naked existence – to make portraits of her through the things she left behind. 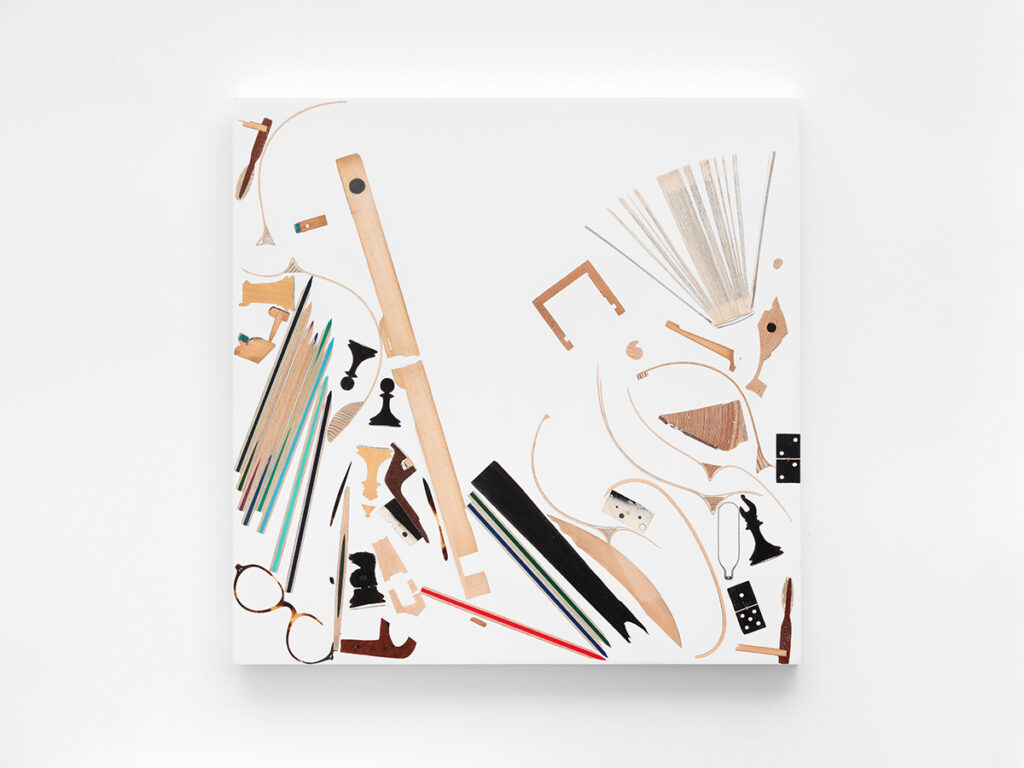 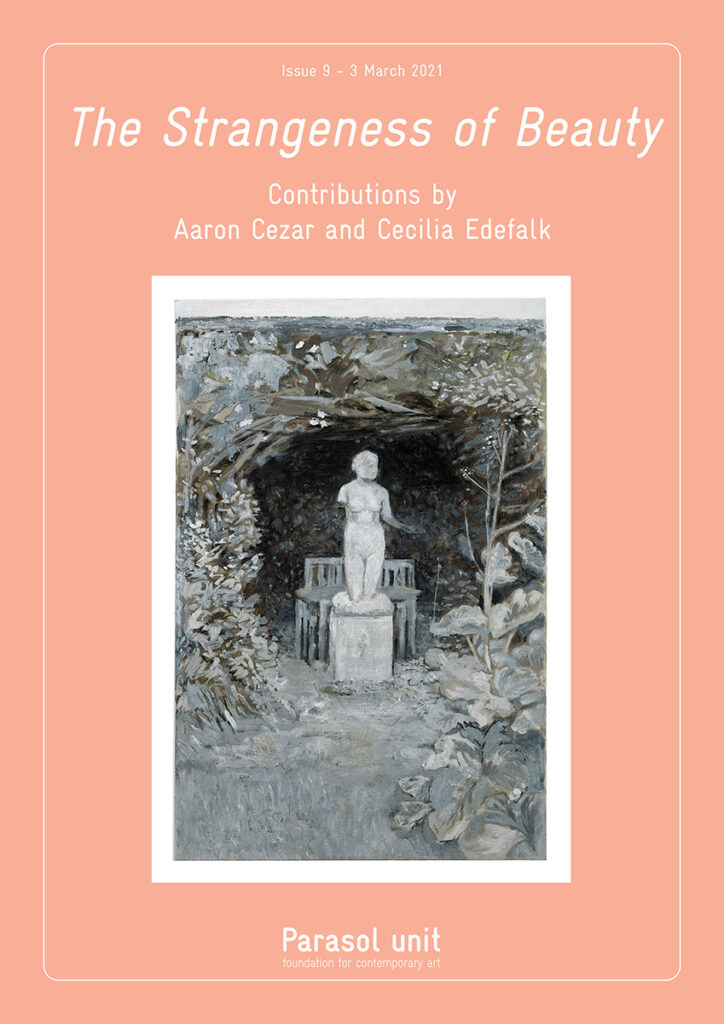