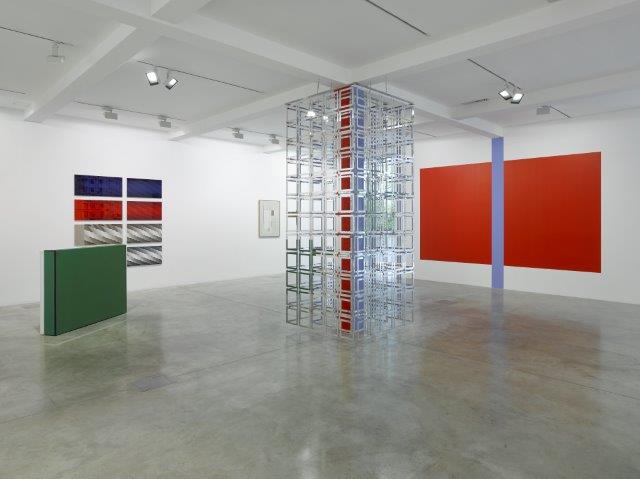 For this exhibition, his first curated for a public institution in London, Luc Tuymans has brought together some 40 works from two successive generations of Belgian artists. Working in a variety of media, including painting, sculpture and installation, the artists presented in the show are:

Focusing on the notion of abstraction in twentieth-century and contemporary Belgian art and the varying sources of influence and inspiration among the artists of two generations, Tuymans has selected fifteen artists whose work either articulates a relationship to abstraction or takes as its cue the definition of abstraction. Although the artists themselves have emerged from different periods and motivations, a clear formal relationship between the selected works is apparent, and thereby reveals a current and earlier interest in abstraction that has not lost its relevance over recent decades.

Luc Tuymans, himself a figurative painter who constantly seeks to extend the traditional boundaries of his practice, has specifically selected these artists for the individual nature of their practice and the paradoxical way each of them uses their medium. Presented in the two gallery floors of Parasol unit, their works collectively investigate the potential, formal and conceptual tensions within the notion of abstraction.

Works by the earlier generation of artists represented in the show can be loosely situated within geometric abstraction and abstract constructivism, influenced by artists such as Piet Mondrian (1872–1944) and groups such as De Stijl (founded 1917) and the ZERO movement of the 1950s and 60s, as well as the American Colour Field painters. Whereas the more recent works by the younger generation of artists reconstruct and reinterpret the Modernist ideas and concerns from today’s artistic point of view. Ultimately, this exhibition highlights the diversity of artistic practice within abstraction, while revealing intergenerational influences and allowing viewers to explore and be challenged by the depth and limits of abstraction.

The exhibition reveals the potential tensions, both formal and conceptual, generated by works when shown together, and in particular the links and developments between generations of artists. Works by peers, teachers and their former students, or assistants are shown in close proximity to one another.

Francis Alÿs (1959–) was born in Belgium but is based in Mexico City. His interdisciplinary practice addresses political and social realities through documented performances that question the conditions of human movement through space. Similarly, the delicate works by Guy Mees (1935–2003) highlight space that is commonly overlooked. Most notably his paper cut-outs pinned to the wall accentuate space with colour, while an earlier circular work, which has lace stretched over a strip of black light, introduces a sense of fragility.

Gert Robijns (1972–) presents everyday objects in formal configurations, thereby overriding their original function and destabilising their ontology in new and poetic combinations. Raoul De Keyser (1930–2012) is represented in this exhibition by his earlier works, one of which resembles a painted goalpost that imposes itself on the space as a solid structure.

Carla Arocha & Stéphane Schraenen, (1961– and 1971–) This Antwerp-based duo’s site-specific column-bound installation of Plexiglas veils, absorbs, reflects, distorts and dematerializes all that surrounds it. Similarly, Walter Leblanc (1932–1986), who was greatly inspired by the ZERO movement of the 1950s and 60s, creates a viewing experience that extends beyond the picture plane. His twisted metal strips are painted in ways that make the picture space appear to vibrate.

Bernd Lohaus (1940–2010) made monumental sculptures that articulate space and gain meaning the moment the heavy wooden beams are positioned on the floor. His former assistant, Timothy Segers (1983–) redefines flatness with his jet-black wall sculptures. In uniformly black powder-coated stainless steel they dominate the wall as a flat negative, the very antithesis of the heavenly sunburst suggested by their shape.

Philippe Van Snick (1946–) has an elaborate practise involving number systems and colour interaction using a set of ten colours. For this exhibition, he has painted a mural with pigment so thinly applied that the painting hovers on the barely visible. Amédée Cortier (1921–1976) was deeply interested in the spatial impact of colour. He explored the fundaments of painting with limited colours on a two-dimensional plane, with a particular interest in the golden section.

Boy & Erik Stappaerts (1969–) makes works that defy industrial production. His high-gloss Polarisation paintings, built up with hand-mixed car lacquers in rigid patterns that, although gradated, linger on the threshold between optical mixing and strict definition, yet resist morphing into a coherent whole. Gaston Bertrand (1910–1940), worked in both the figurative and abstract traditions, often bridging the gap between them. Having been greatly impressed by the architecture he encountered in Italy, he dedicated a significant amount of his practice to painting architectural planes, flattened out as colour studies.

Jef Verheyen (1932–1984) This artist’s finely rendered paintings appear to absorb the viewer into a coloured mist, their meticulously built-up glazes barely leaving any trace of how they were applied. This practice is echoed in works by Pieter Vermeersch (1973–), which are derived from detailed views of the sky. Vermeersch stretches colour in barely noticeable gradations, invoking the notion of time through the physical space traversed by the viewer as they contemplate the paintings.

Parasol unit appreciates the generous support of Flanders, State of the Art. 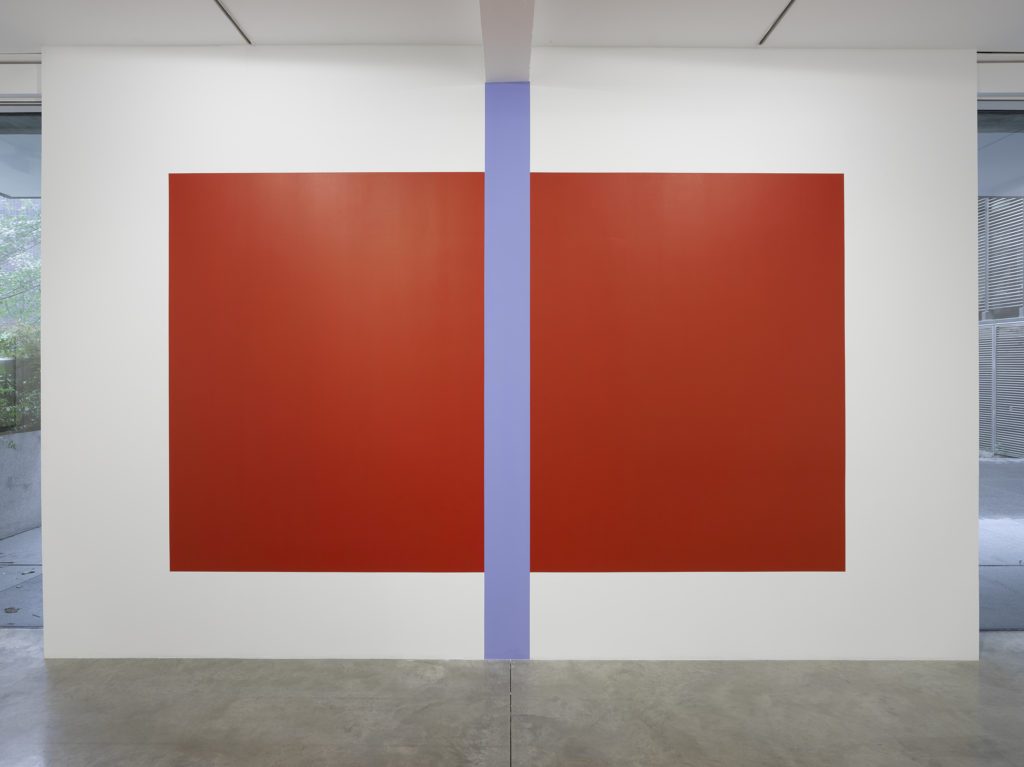 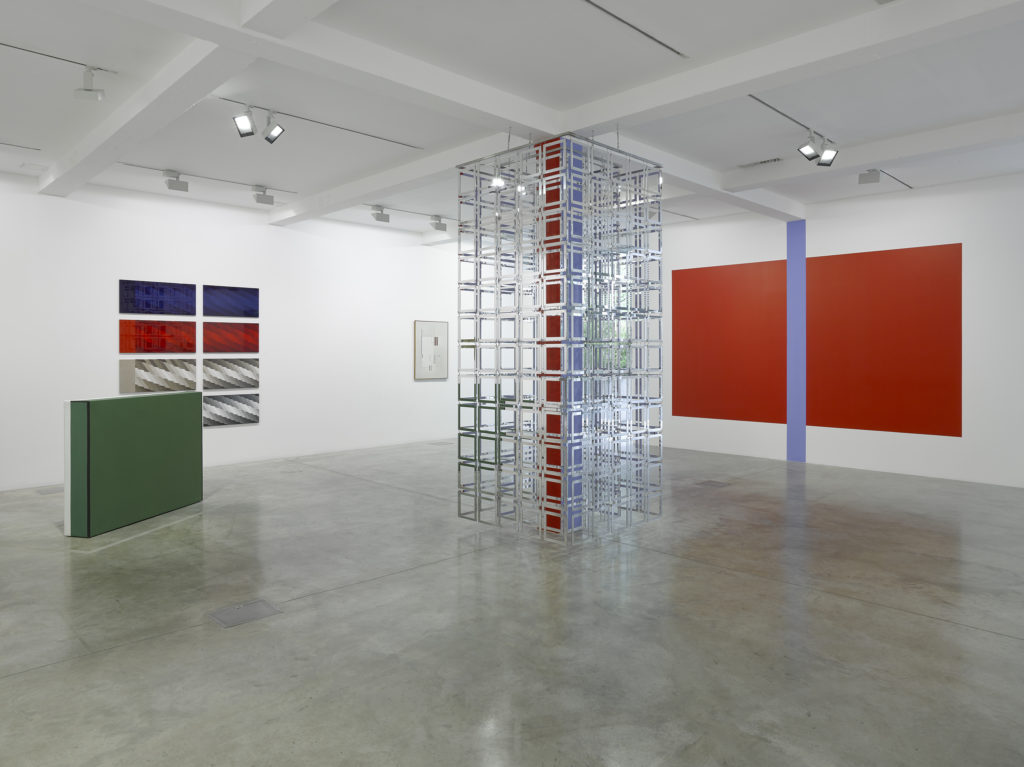 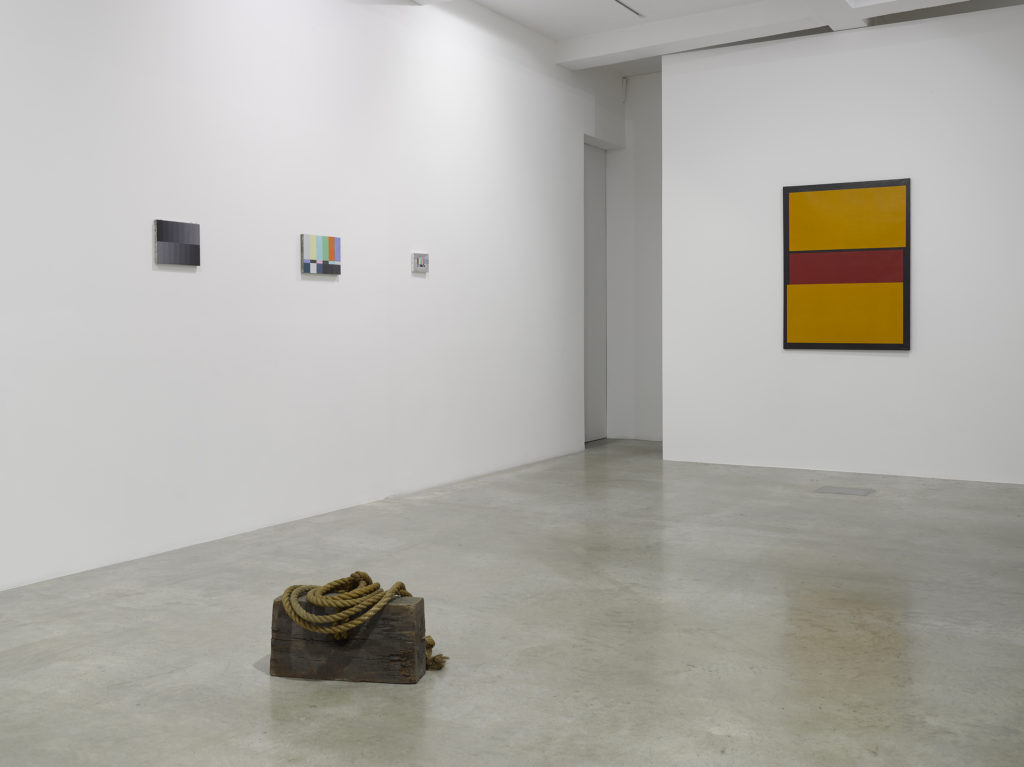 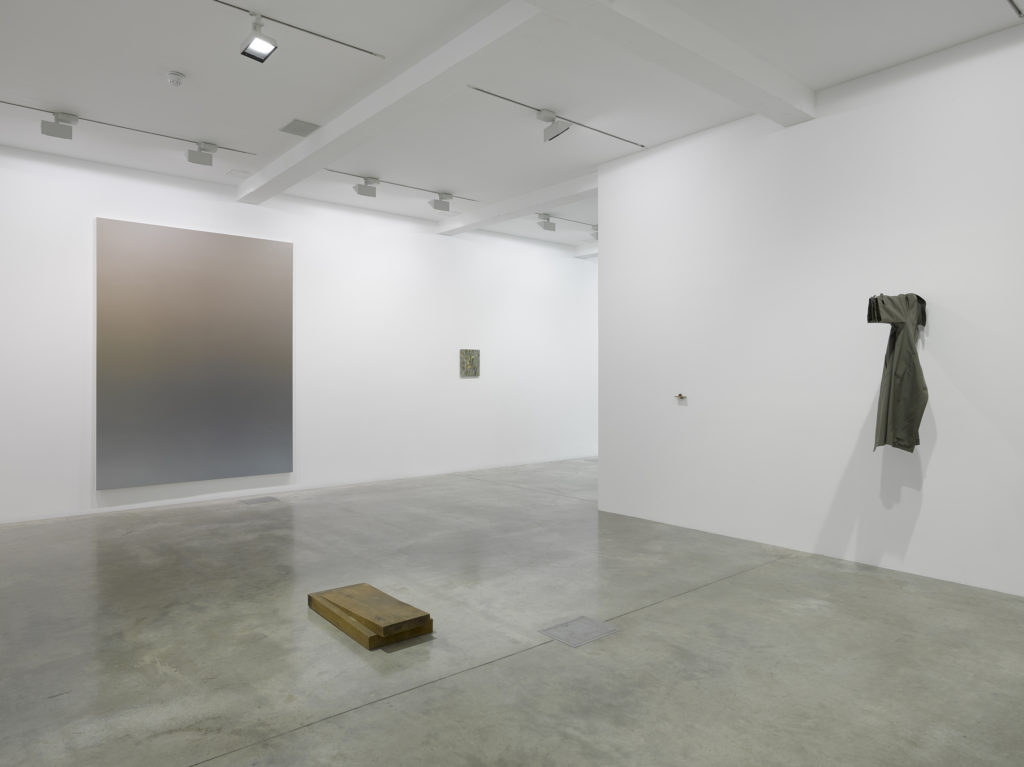 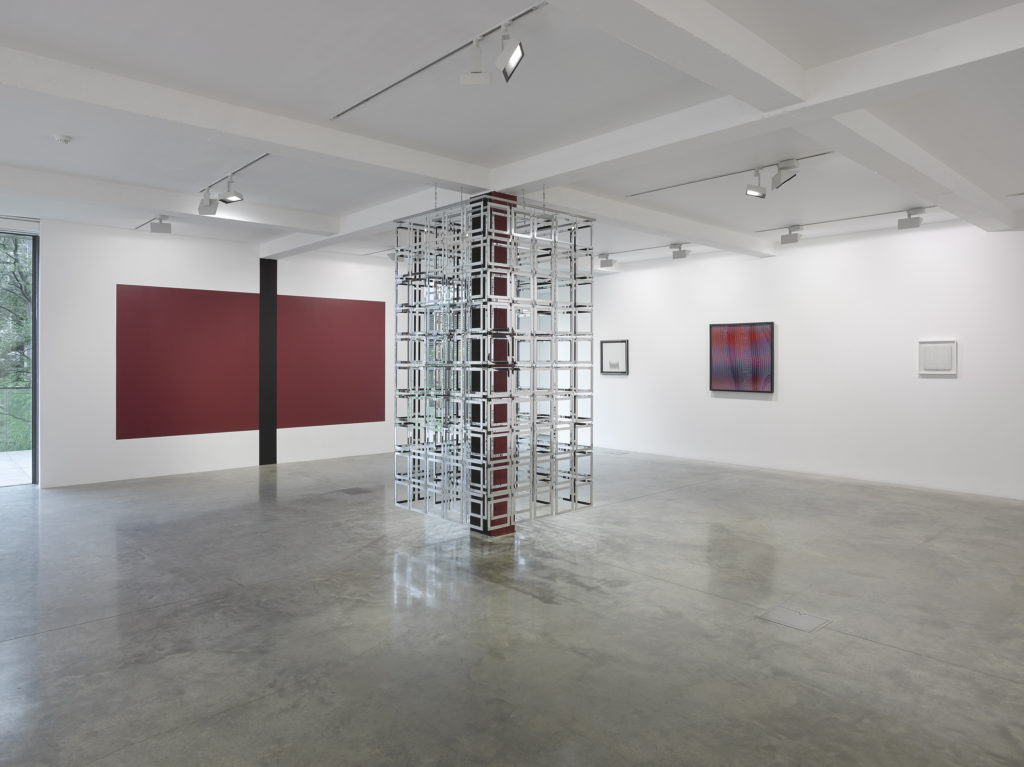 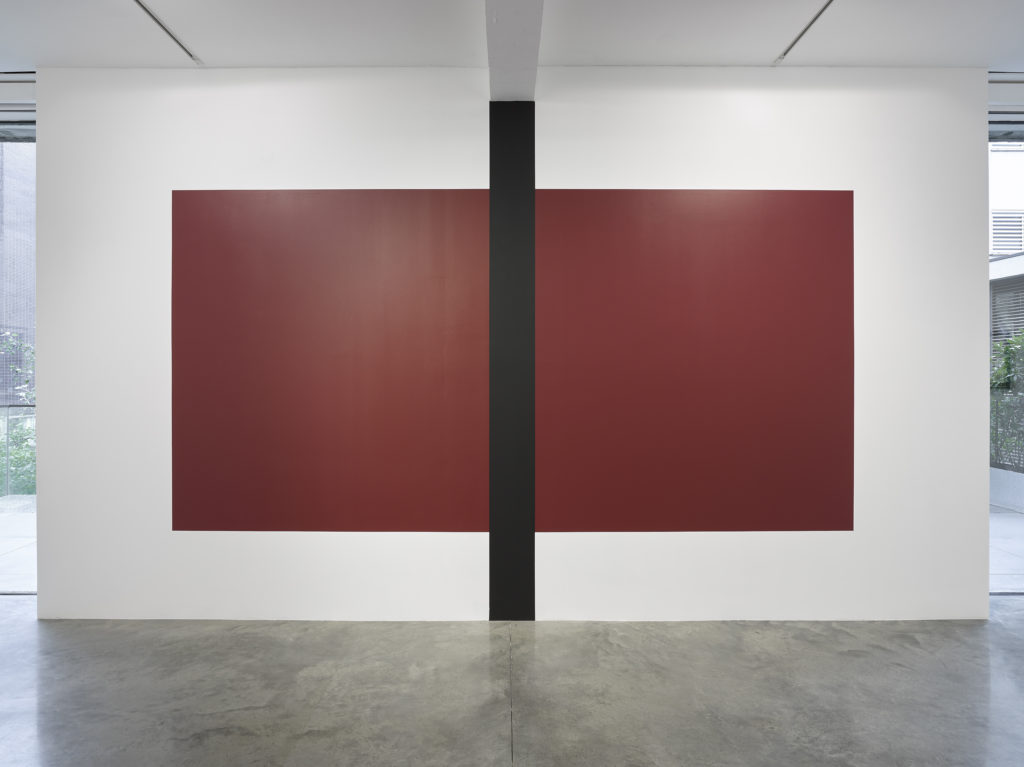 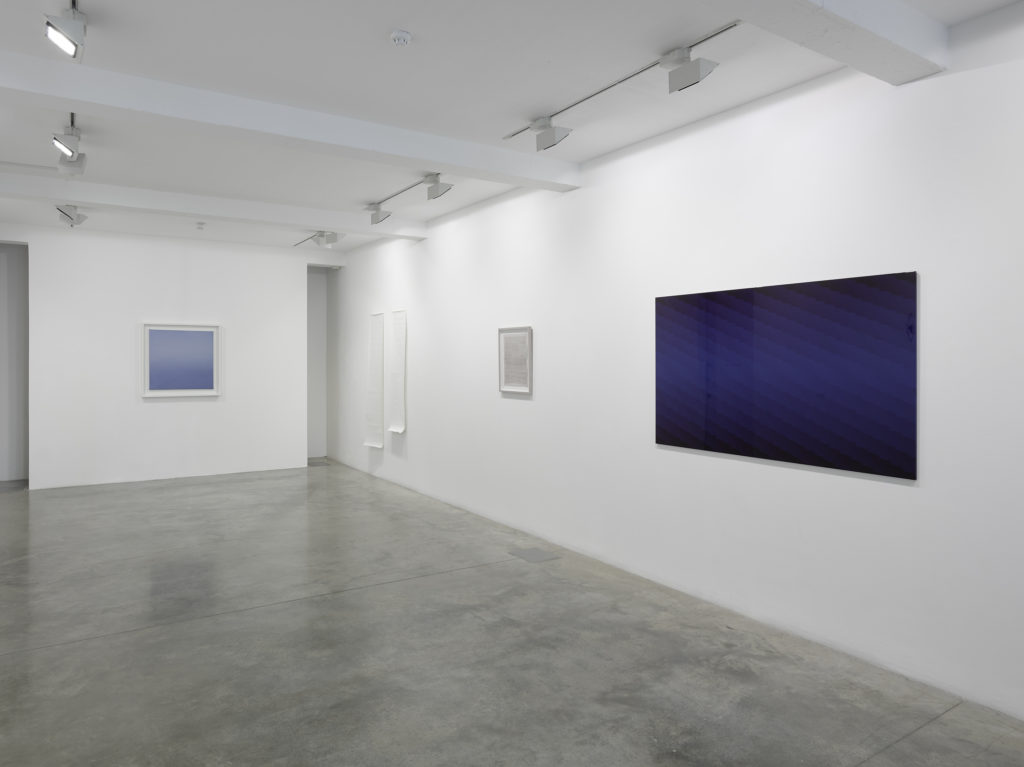 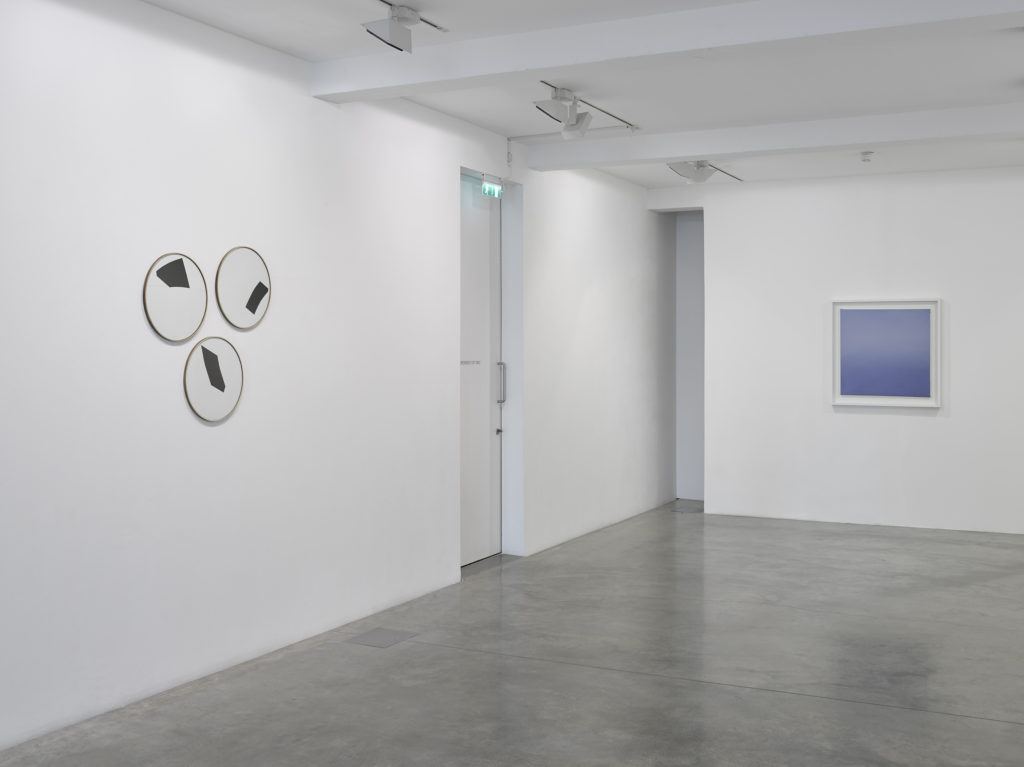