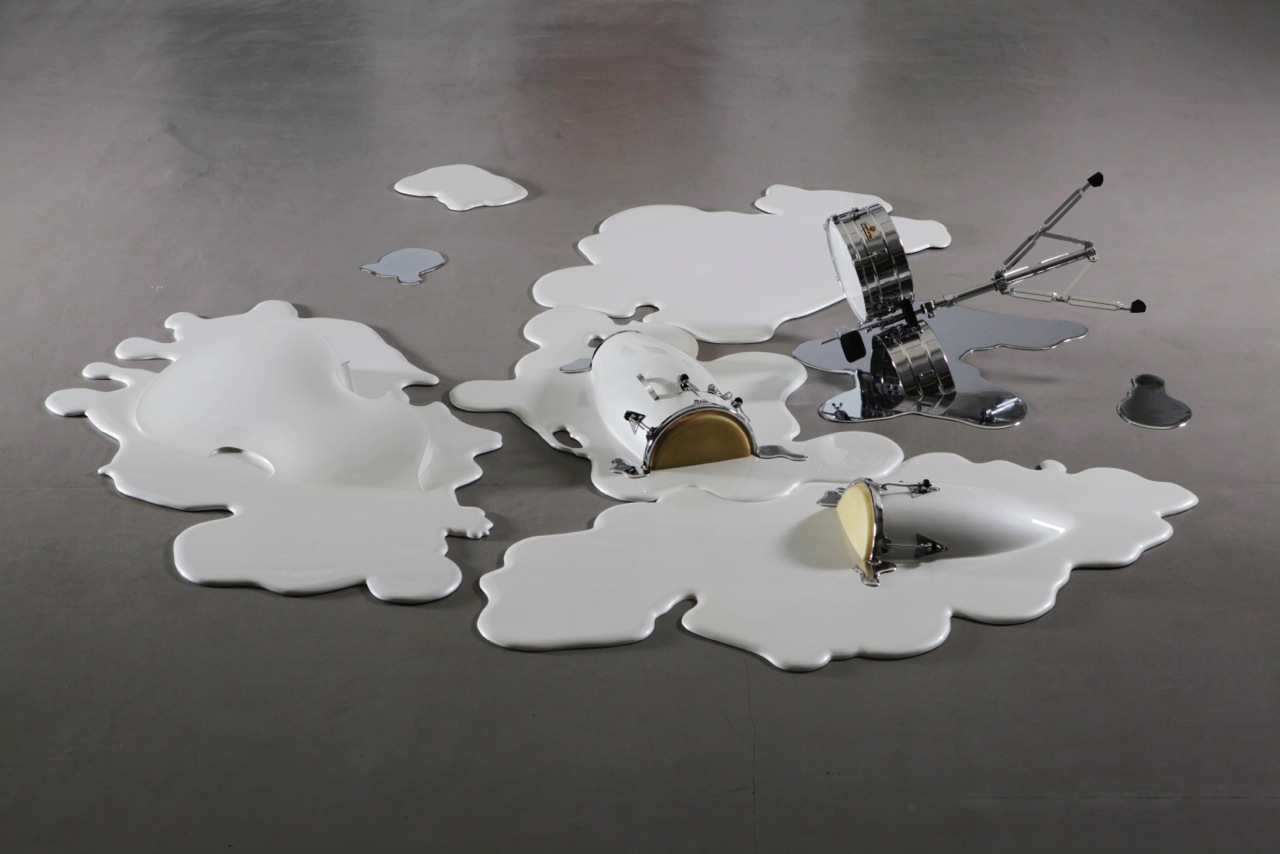 Parasol unit foundation for contemporary art is delighted to present an exhibition of works by Cuban art collective, Los Carpinteros (Marco Castillo and Dagoberto Rodríguez). This exhibition, the duo’s first major show in a public London institution, includes extensive installations, sculptures, watercolour drawings and a film screening, which aim to explore and interrogate the functionality of architecture, design and the everyday object.

The deftly crafted -and often humorous- installations and sculptures made by Los Carpinteros may appear whimsical at first, yet every piece has an element of political commentary, mostly related to their personal experience and context. This dichotomy provides a vast resource with which they can be both playful and critical. Often described as ‘interrogative art’, their work examines the relationship between art and society, form and function, practicality and frivolousness.

For the Los Carpinteros exhibition at Parasol unit, the ground floor galleries are dedicated to large-scale installations and sculptures, such as Tomates, 2013. This extensive wall installation consists of more than 200 real tomatoes splattered against the gallery wall on which beautifully crafted porcelain tomatoes are installed, evoking with a poignant sensitivity the interplay of a political uprising. Also exhibited is 17m, an installation comprised of a 17-metre-long clothing rail on which hang more than two hundred black suits punctured throughout by a gaping star. Altoparlante Solimar (Solimar Loudspeaker), 2008, is an enormous ebony wood structure emulating Havana’s Solimar apartment building, designed by Manuel Copado in 1944 and well-known for its modernist design, imposing height and its large-scale sinusoidal balconies. The Los Carpinteros structure is a large acoustic box, in which each apartment has become a loudspeaker to reproduce the voices of the families living inside it. The towering LEGO® bricks construction, Robotica, 2013, is based on the State Scientific Center for Robotics and Technical Cybernetics in St. Petersburg, referencing former Soviet commemorative monuments.

Los Carpinteros’ watercolour drawings, several examples of which are included in the exhibition, often function like architectural blueprints for constructions that are built to scale and adapted for each particular exhibition space. These watercolour drawings offer a wealth of possibilities and inspiration for potential fabrication of works, although some only remain as fantasy, yet they are an intrinsic part of their practice, acting as a communicative tool or ongoing discussion between the artists.

In the upper-floor galleries is a series of watercolour drawings along with some small-scale prototype models which are based on prison structures and fabricated using Corten steel. Some of the models have materialised into large-scale reading rooms for other commissioned projects. Screening throughout the exhibition will be the film Conga Irreversible, 2012, a performance originally conceived and produced by Los Carpinteros art collective on the occasion of the 2012 Havana Biennial.

This exhibition, curated by Ziba Ardalan, Founder/Director of Parasol unit, is accompanied by a related programme of educational events at the foundation.

Cuban art collective, Los Carpinteros (The Carpenters), consist of Marco Antonio Castillo Valdes (b. 1971) and Dagoberto Rodríguez Sánchez (b. 1969). They started to work as a group while studying at the Instituto Superior de Arte in Havana in the early 1990s. Their oeuvre occupies an intriguing and ambiguous area between conceptualism, activism and formalism. Their three-dimensional works are complemented by watercolours and videos. The artists live and work between Madrid, Spain, and Havana, Cuba.

Works by Los Carpinteros are in several public and private collections, such as the Museum of
Contemporary Art, Los Angeles; The Museum of Modern Art, New York; the TATE Gallery, London; the Museo Nacional de Bellas Artes, Havana, Cuba; the Museo Nacional Centro de Arte Reina Sofía, Madrid, Spain; the Thyssen-Bornemisza Art Contemporary, Vienna, Austria; and the Museum of Fine Arts, Houston. Later in 2015, a commission will be unveiled as part of the new Europe 1600-1800 galleries at the V&A. 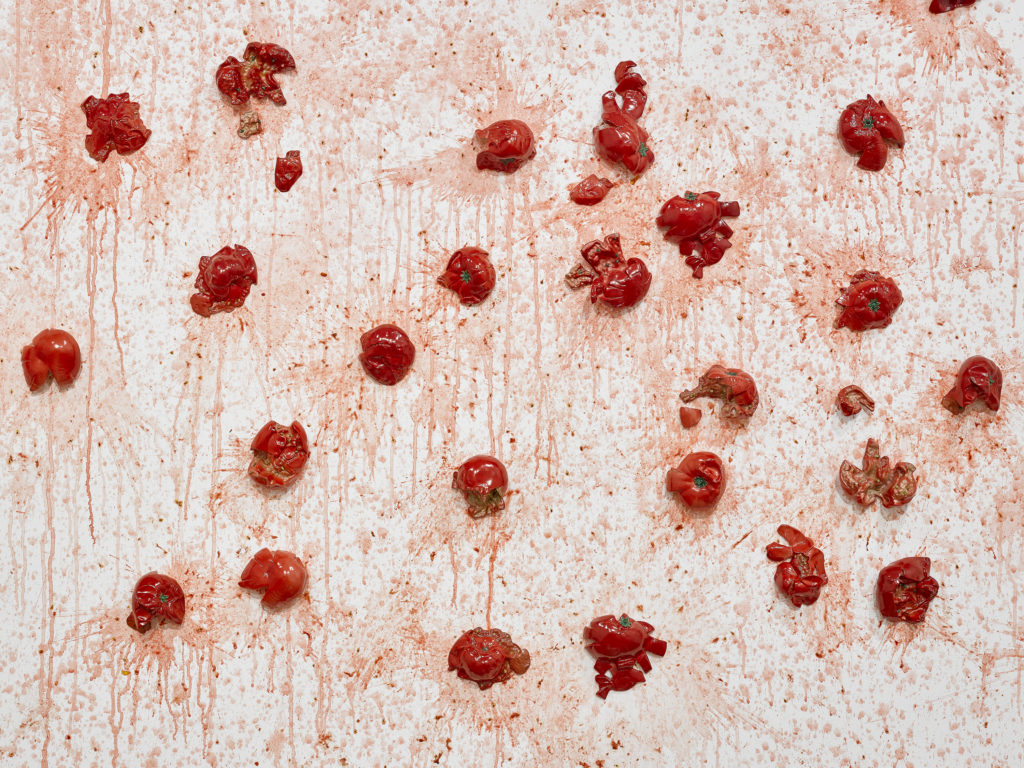 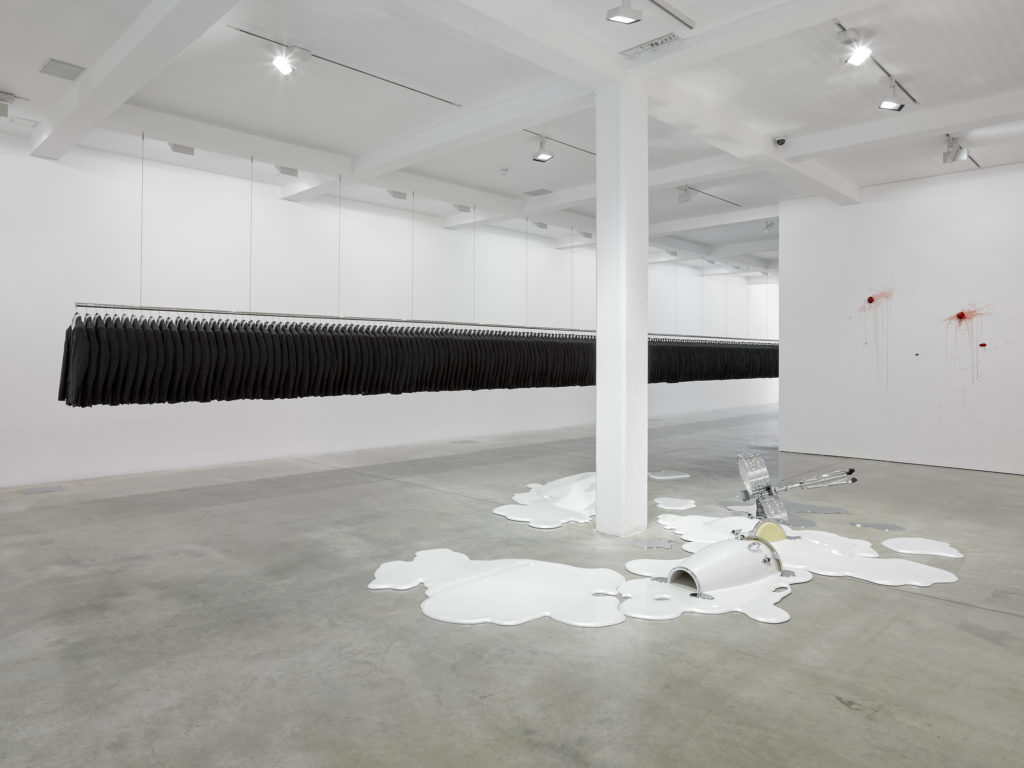 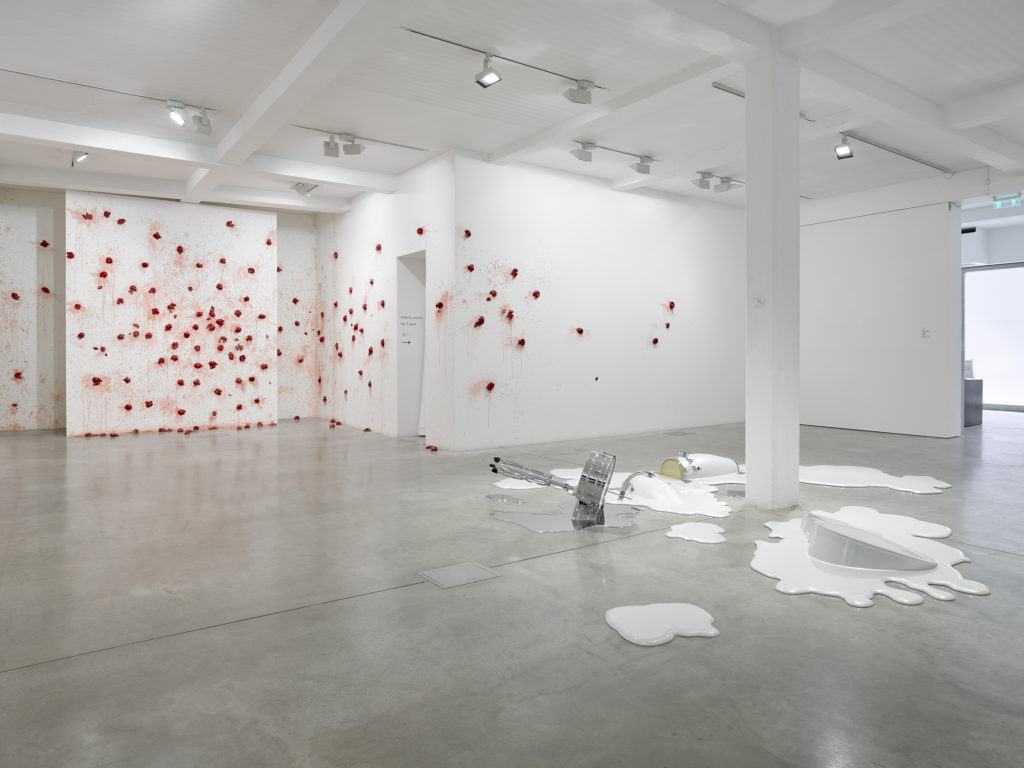 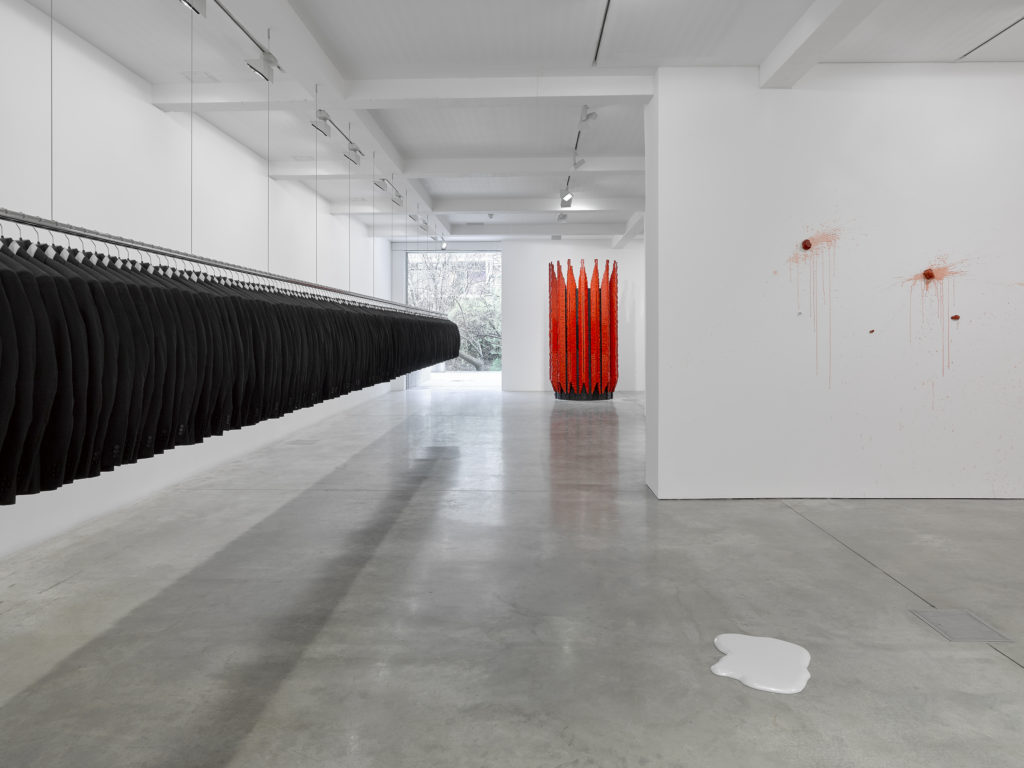 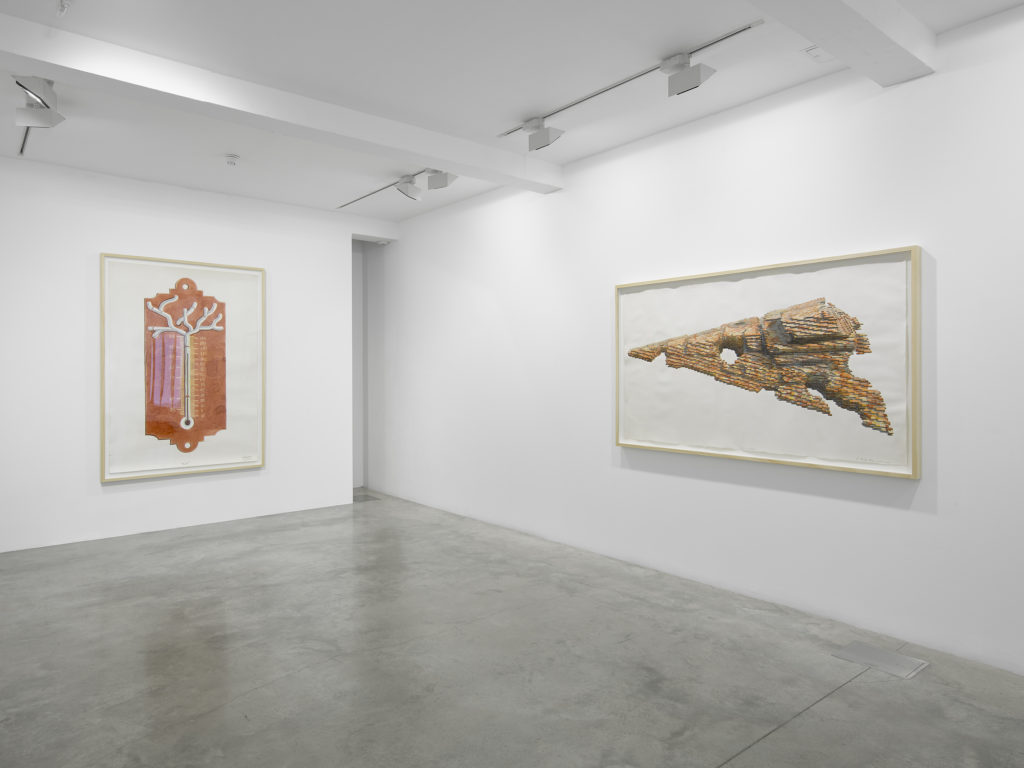 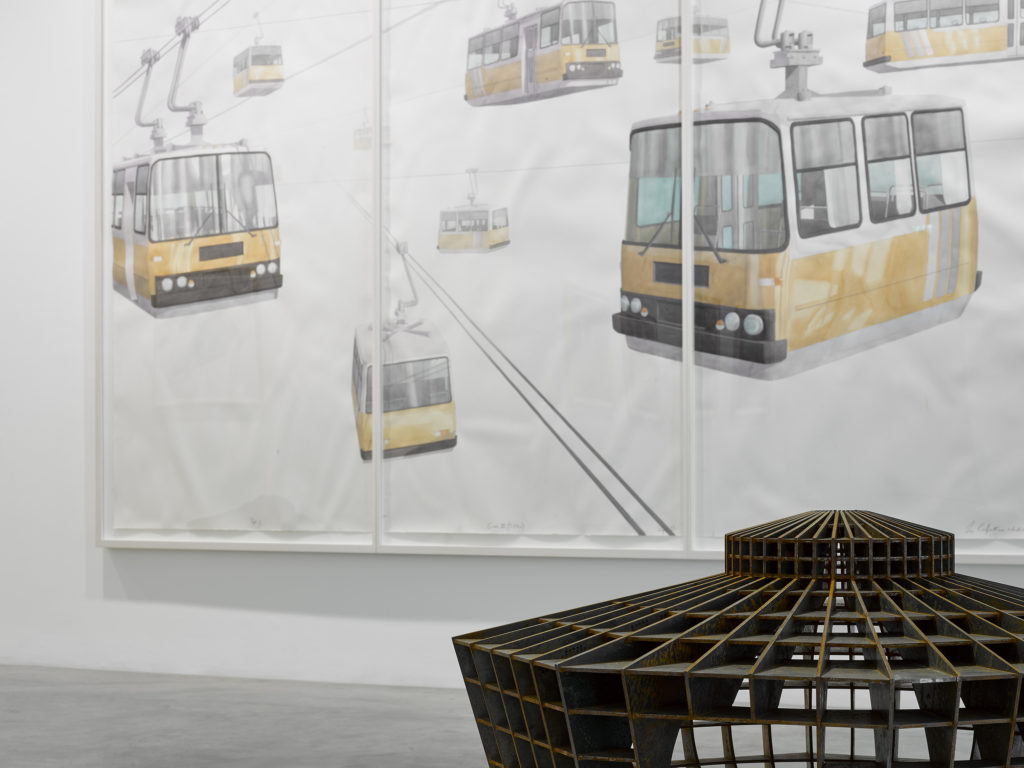 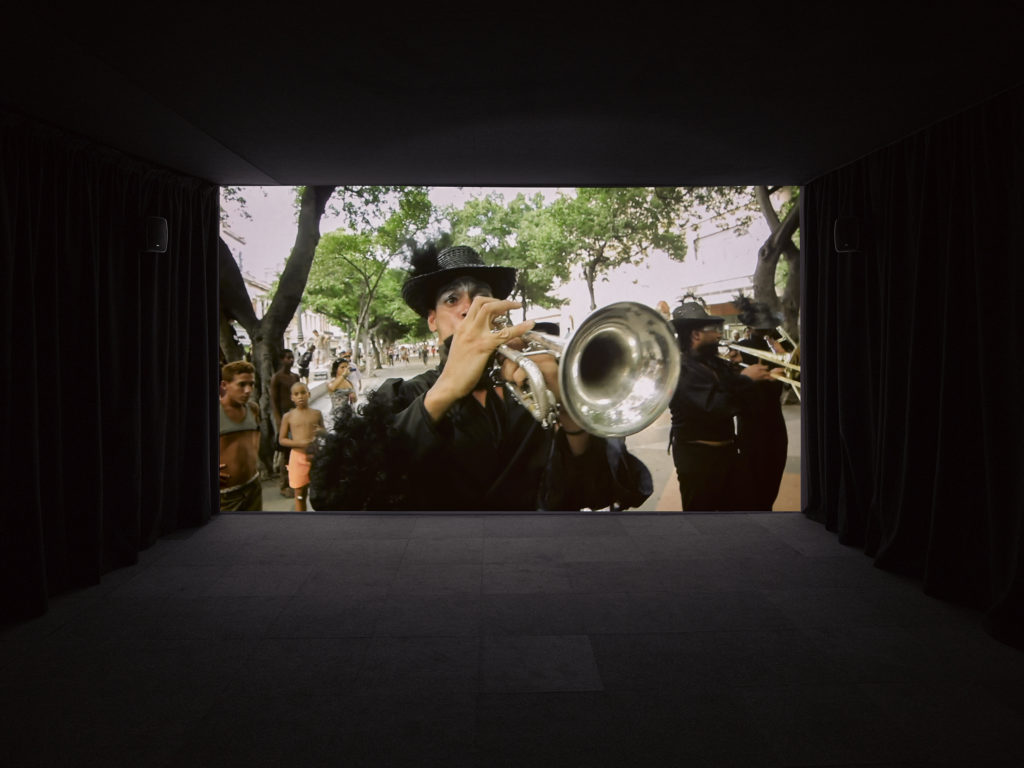