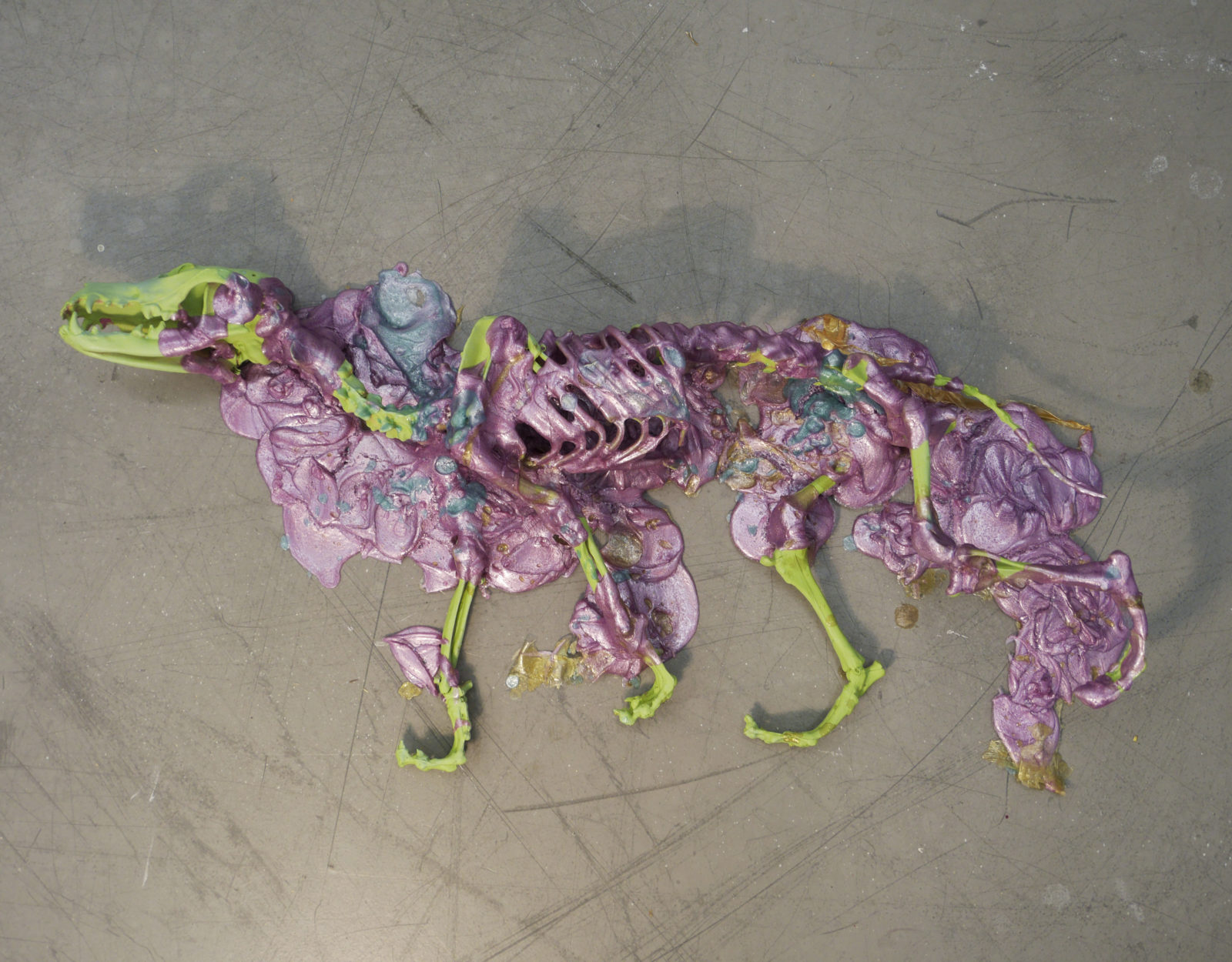 Parasol unit foundation for contemporary art is delighted to present the work of artist Jimmie Durham in a solo exhibition from 12 June to 9 August 2014.

In the ground-floor gallery, the protagonists are brightly painted oil barrels coated with ‘chameleon’ automobile paint, which changes colour in relation to one’s varying standpoint, and include what appear to be skeletons and animal bones but are actually brightly painted plastic replicas. Automobile parts are scattered about and the site is complete with plastic pipes seeping what appear to be chemicals and oil, and other such industrial spillages, but are made of coloured acrylic gel. For the artist, Jimmie Durham, the general aspect of the work recalls an observation by Walter Benjamin that the rainbow colours in a thin film of oil on a puddle of rainwater is the best sign of modern times.

In the main area of the first-floor gallery the artist has created an installation for the walls. They are covered by sheets of drawing paper on which can be seen the sparse, black-and-white contours of animal forms. In the smaller section of this gallery we are screening Durham’s 90-minute video entitled Smashing.

Durham has often referred to the strange ubiquity of oil barrels in our contemporary environment. He describes his installation at Parasol unit as ‘beautiful death’, which, despite all that is going on in it, would look sparse, almost austere – if only it were not so cheerful.

Durham is an artist, poet and prominent writer. His eclectic artistic p­­­­­ractice spans five decades and is sustained by an investigative and remarkably creative mind. Primarily comprised of sculpture and installation, it also includes drawing, photography, performance and video. Many of his works are collages or collections of discarded objects and fragments of organic matter, the nature of which he intelligently and astutely transforms and often paints in dazzling colours. His work commonly refers to the attributes of mankind and animals, their life and past history.

Jimmie Durham (1940–) is an artist, writer and poet born in the United States of America.

Jimmie Durham: Traces and Shiny Evidence is accompanied by a related programme of educational events including creative writing, poetry, lectures, family workshops and a public talk by the artist. 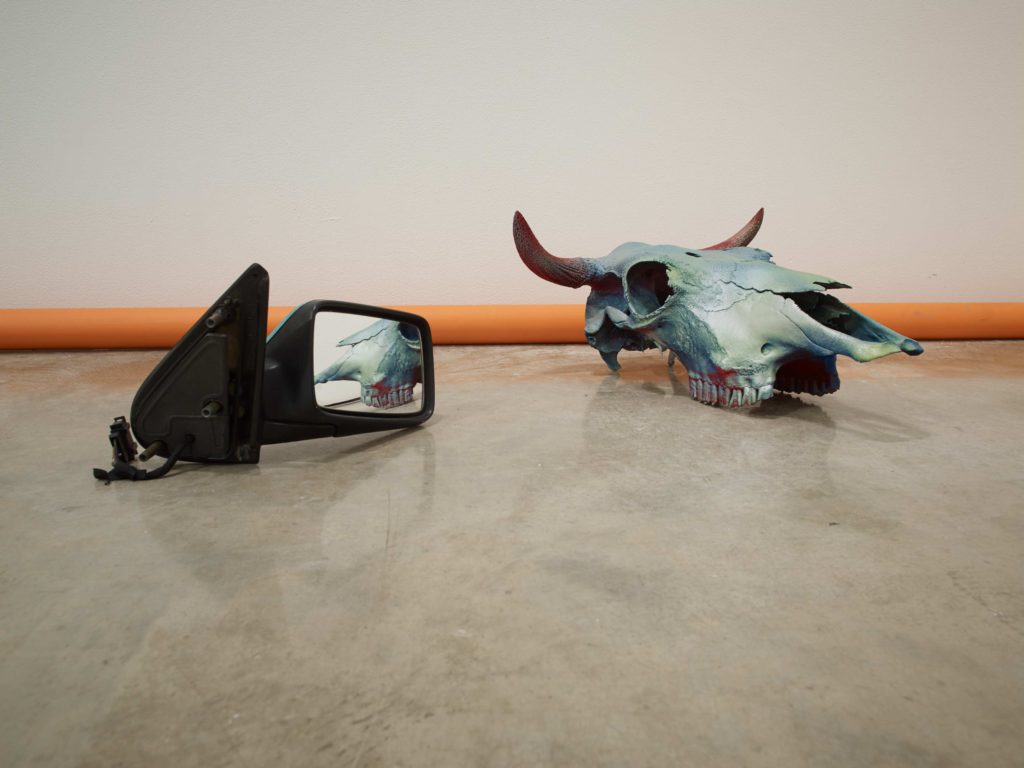 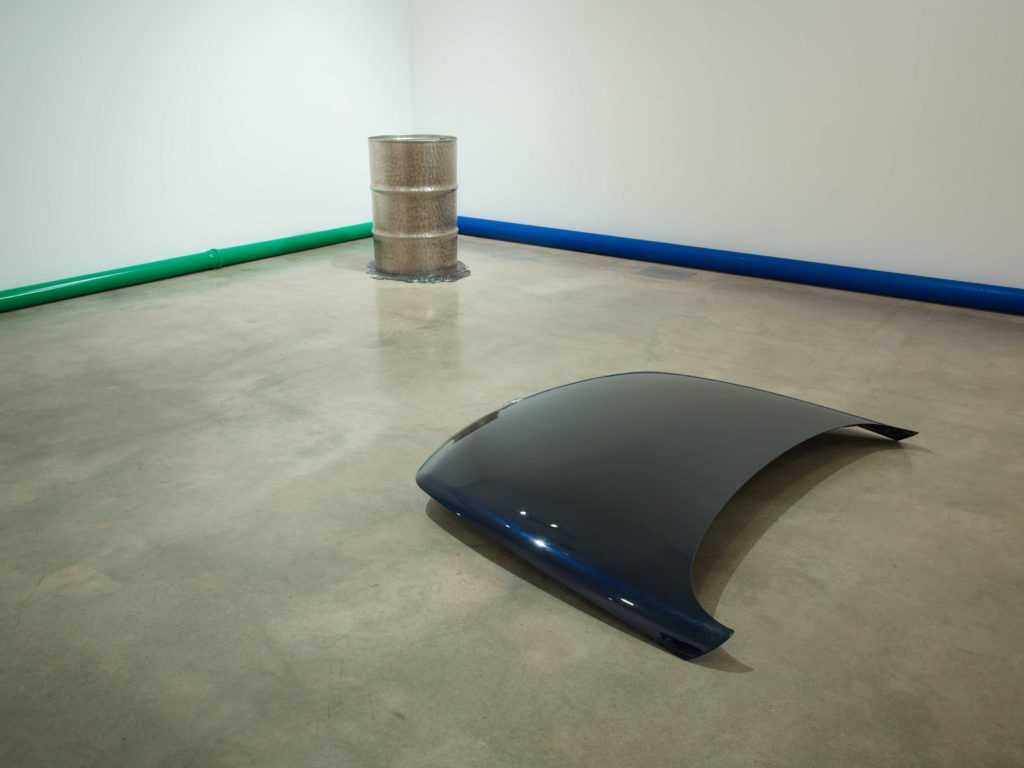 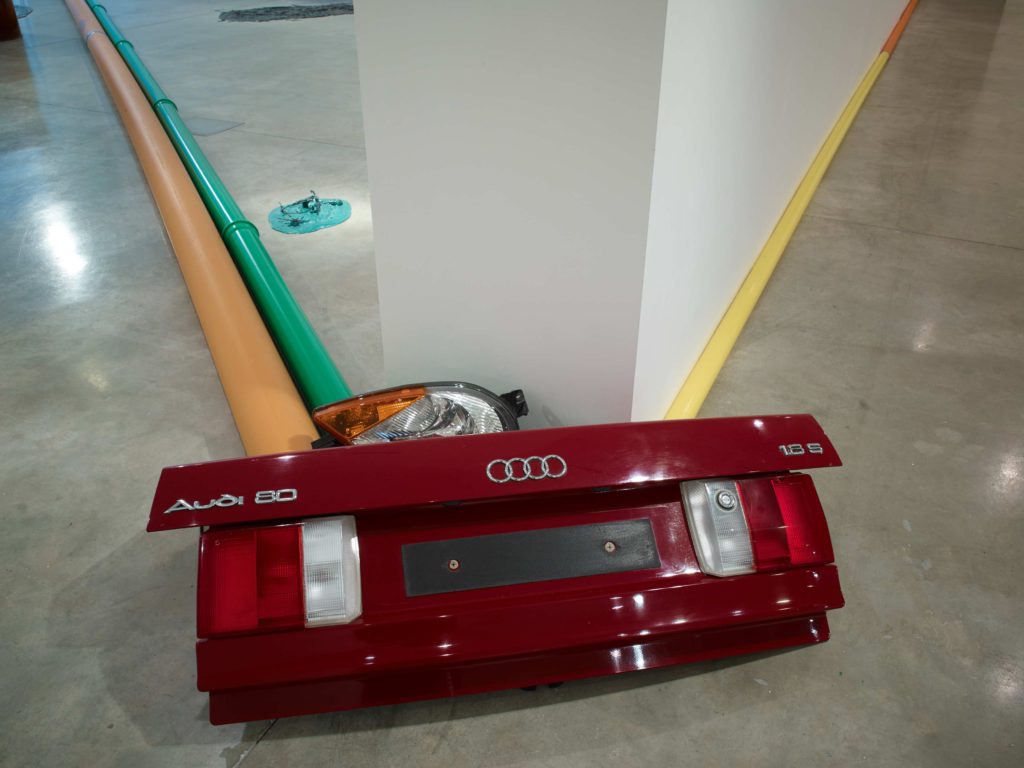 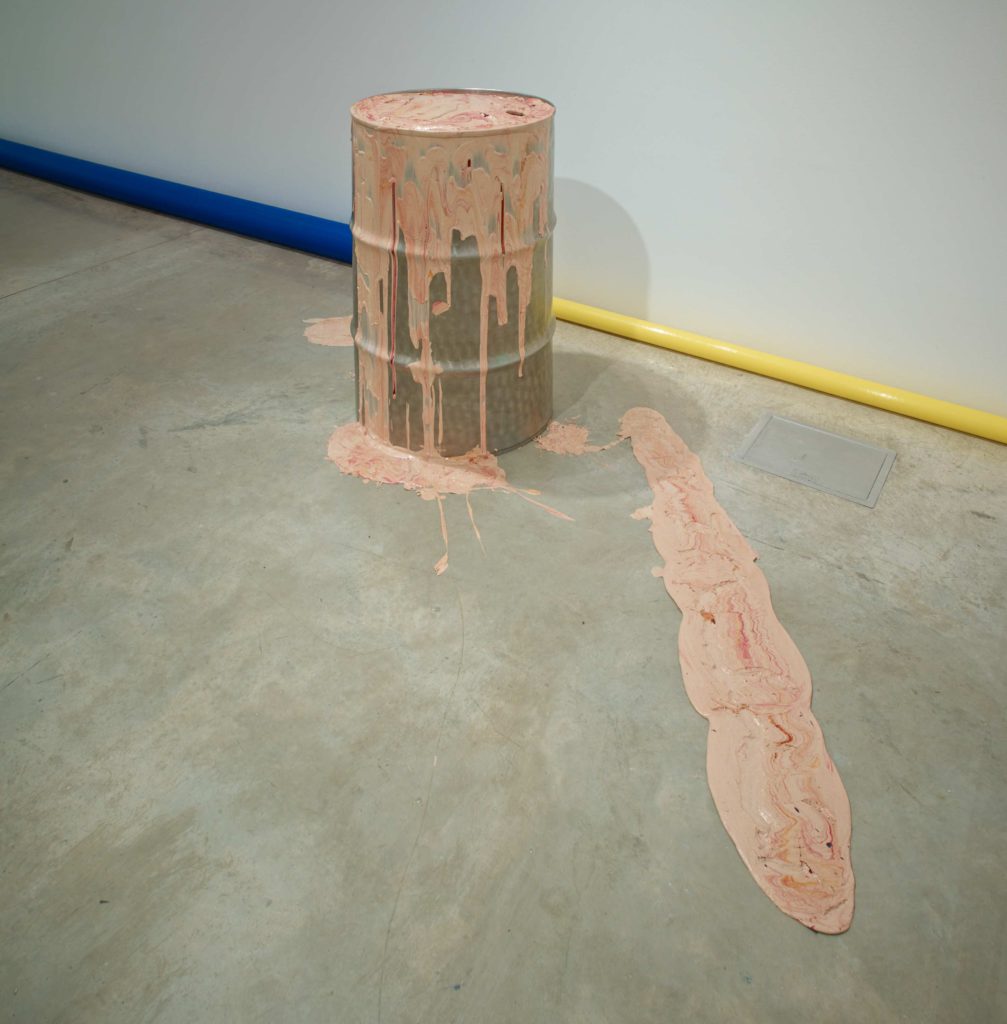 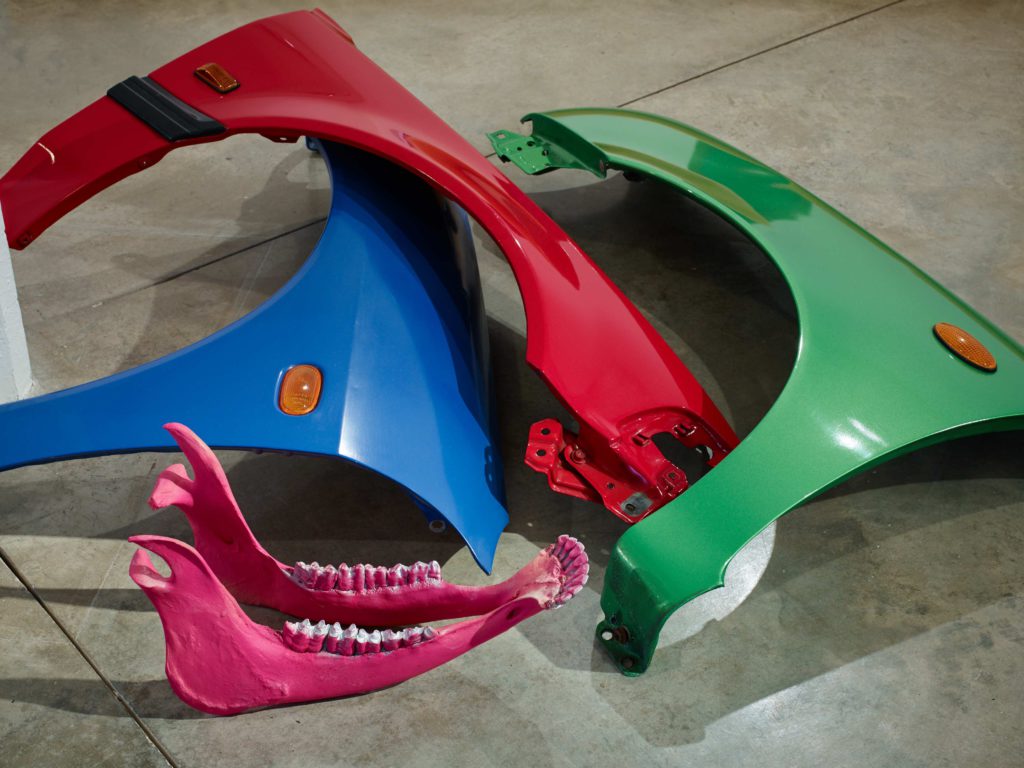 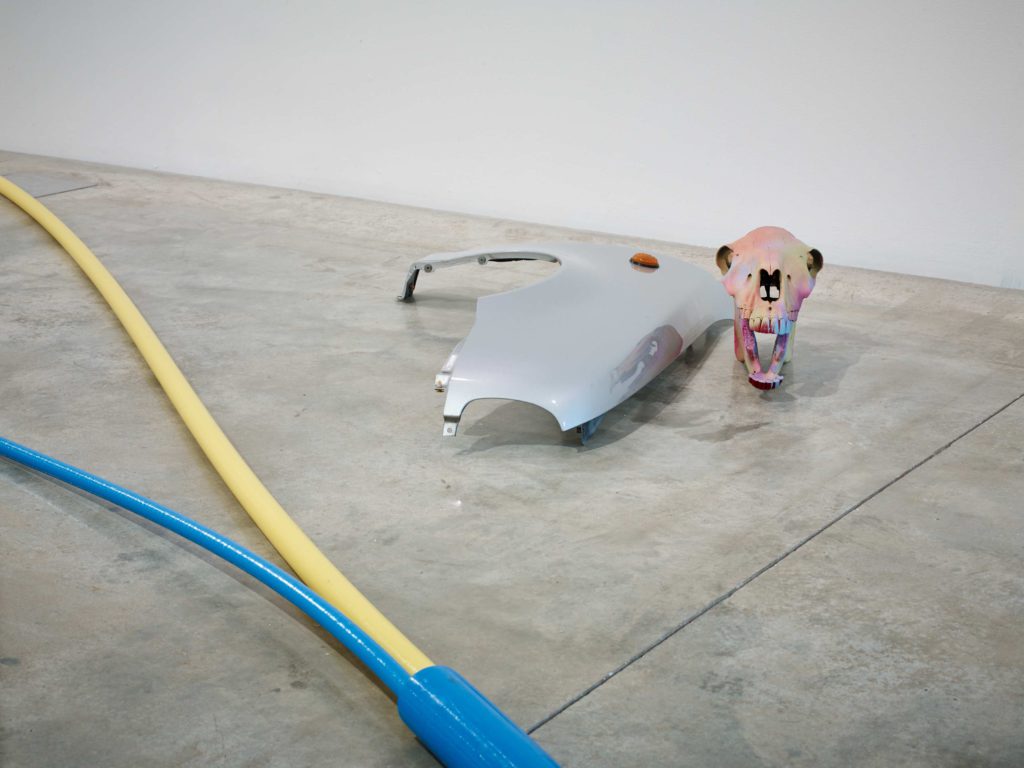 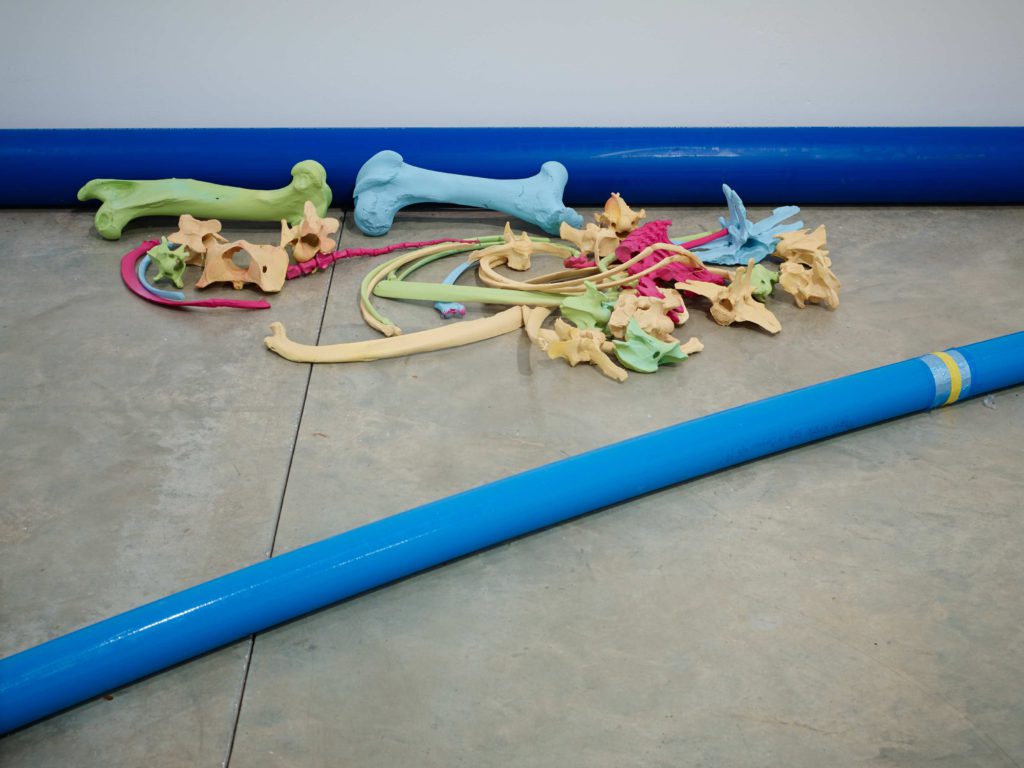 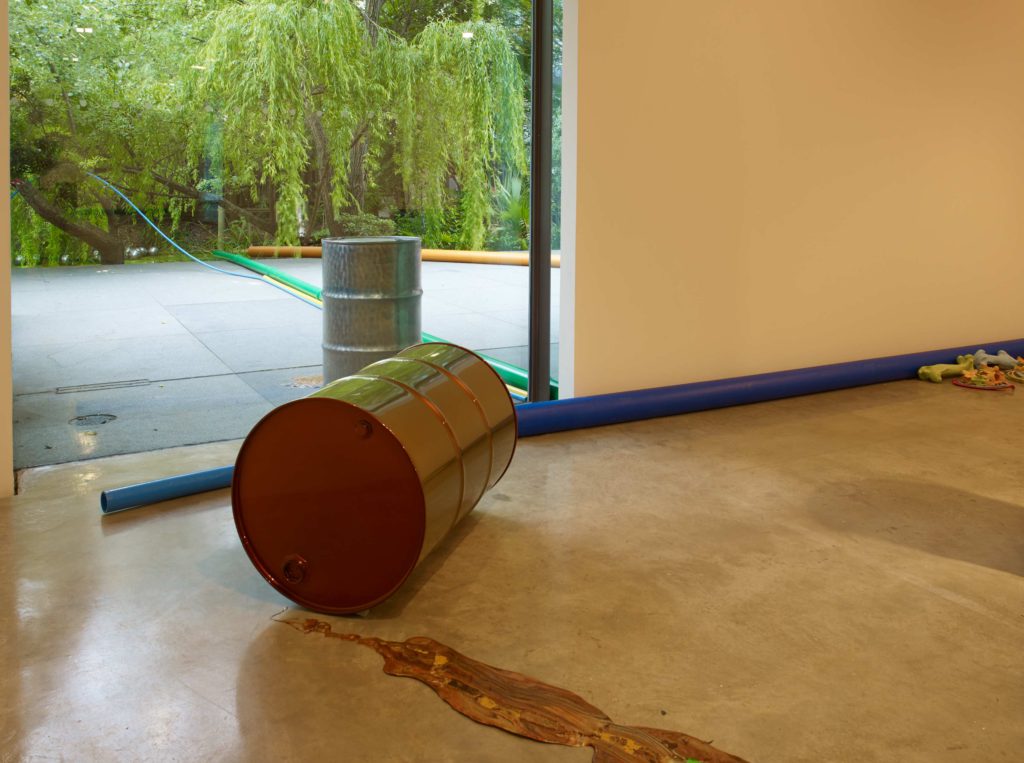 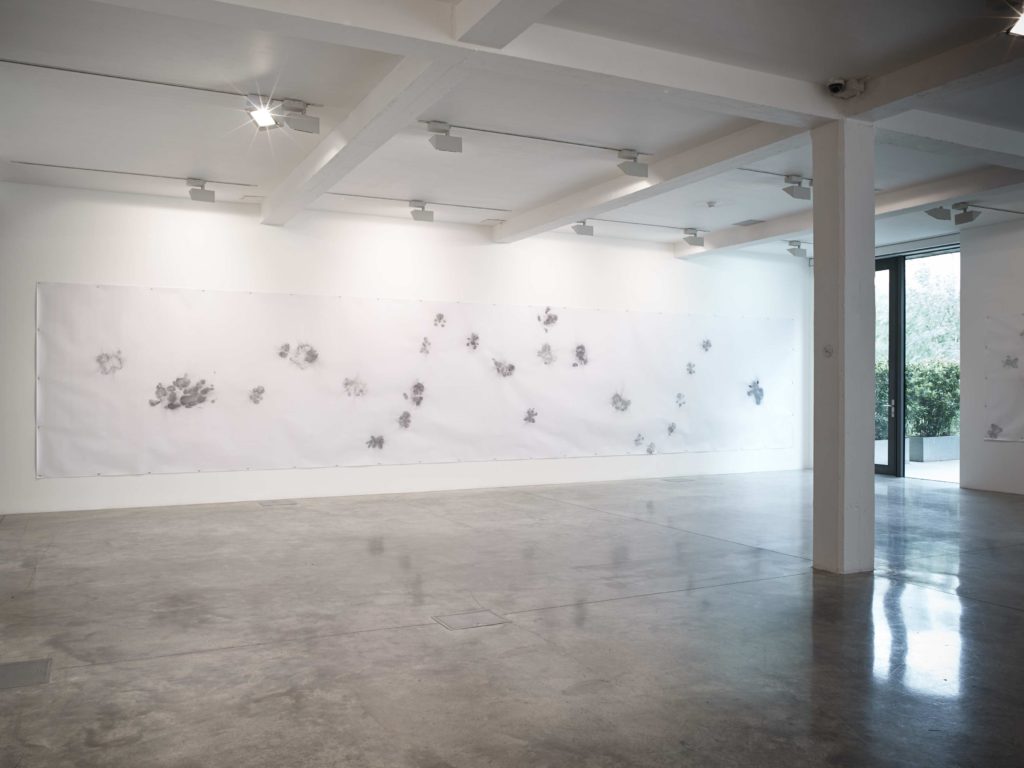 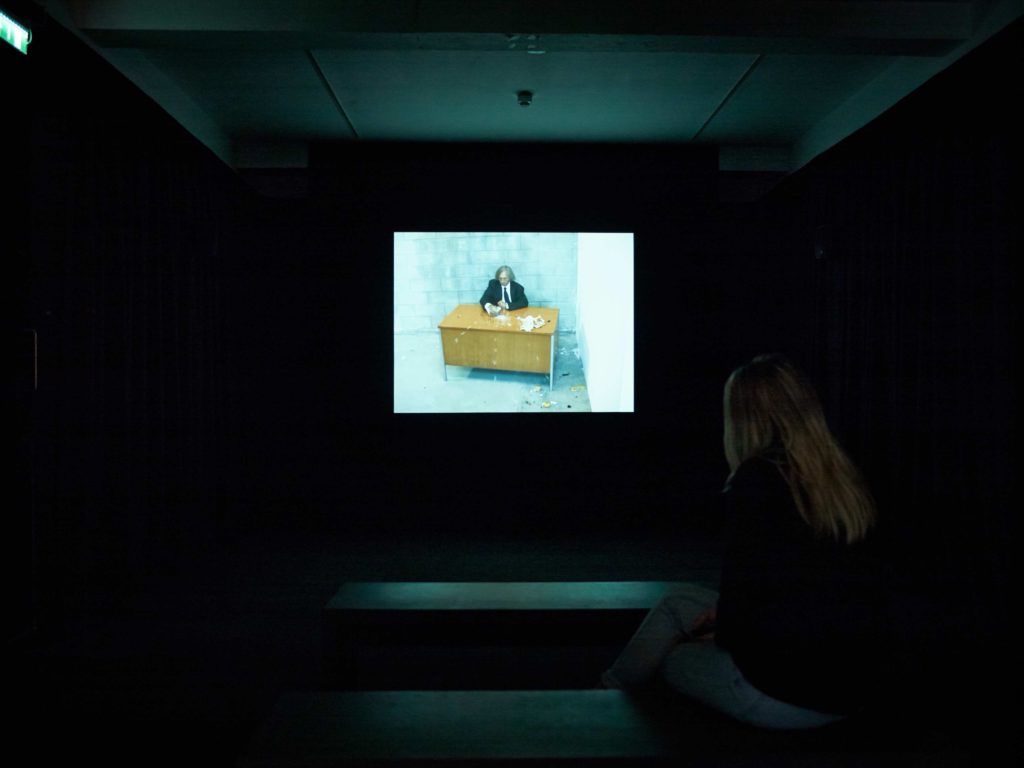