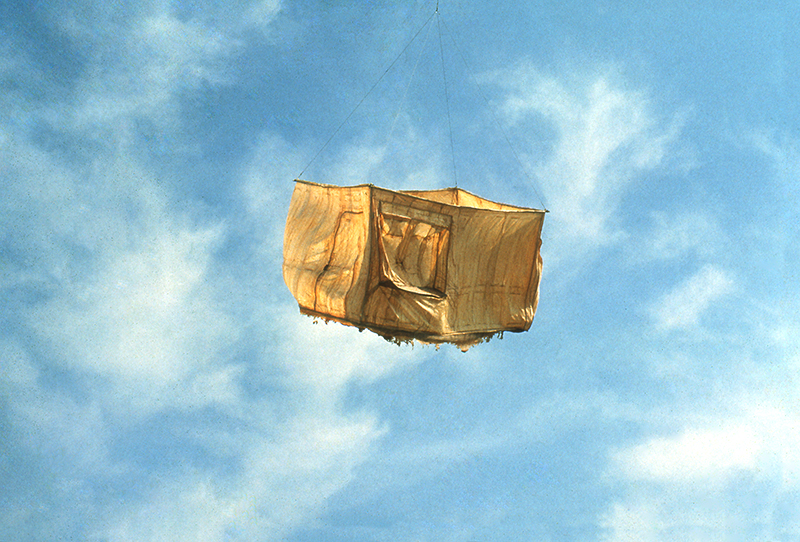 Parasol unit foundation for contemporary art is delighted to present a major survey exhibition of works by Swiss artist Heidi Bucher (1926–1993). Showing for the first time in a UK public institution 25 years after her death, this exhibition brings together a significant body of her enigmatic latex works made during the last two decades of her artistic life and includes screenings of films that document her at work.

The visceral qualities of Heidi Bucher’s intriguing works bear testimony to her deep sensitivity and suggest numerous associative meanings. Well known for her latex casts of room interiors, objects, clothing and the human body, which she herself referred to as Häutungen (skinnings), Bucher’s process invariably preserved a haunting imprint of an architectural surface or an object which was simultaneously both a physical encapsulation of and a liberation from the memories these things held for her. To create her skinnings, Bucher first covered her chosen surface with gauze, pressed liquid latex into it, then when it was almost dry she peeled it off. Bucher dealt with the body and architecture in the same manner, an indication that these concepts are fully intertwined within her work. Her complex working technique was often physically demanding and carried out with great vigour and conviction.

Displayed in the Parasol unit ground-floor gallery is a series of Bucher’s large-scale latex skinnings, suspended from the ceiling, hung on the walls, or simply placed on the floor. Bucher’s first Raumhaut (room skin), Borg, 1976, stands on the floor, a dark and fleshy replica of the cold-store structure of a former butcher’s shop in Switzerland, which she used as her studio. In contrast, a later interior moulding of a former psychiatric sanatorium, Kleines Glasportal, Bellevue Kreuzlingen (Small glass portal, Bellevue Kreuzlingen), 1988, has light passing ethereally through its rubbery translucent windows and seems loaded with psychological connotations. These strange, elusive skins present a paradoxical combination of forms that are sturdy yet fragile, transitory yet perpetual, solid yet flexible.

Being intrigued by the idea of space, whether that occupied by an object, body or architectural interior, the process of skinning allowed Bucher to excavate memories from deep within herself. A mantra she often repeated, Räume sind Hüllen, sind Häute (Spaces are shells, are skins), suggests that she considered all such elements, including memory, as spaces. Whether physical or metaphysical, spaces were of the greatest interest to Bucher when they existed in a state of flux. Concepts of temporality and transience manifest within her themes, as in her use of dragonfly images and, for instance, the water in Die Quelle (The source), 1987. In this sculpture, which stands on the outdoor terrace of Parasol unit, a vase appears to be floating high in the air with a cascade of latex ‘water’ flowing from its spout.

Bucher’s fascination with the complex relationship between the body and its context is evident in her experimental film Bodyshells, Venice Beach, 1972. Its performers move slowly across the beach in over-sized foam costumes, like creatures from another planet. This work returns to the idea of a house as a shell or even a protective cocoon. The film is showing in a small room off the ground floor gallery, along with a selection of films documenting her skinning process.

In contrast to the physicality of her large-scale works, the first-floor gallery contains works on a smaller scale which nonetheless continue to explore ideas of fragility and impermanence. The elegant and minimalist structures of Bucher’s Glue House series, Weissleimhaus, from 1976–1983, appear to be ghostly renderings or the miniaturised shells of houses. Bucher, captivated by notions of ephemerality, transformation and metamorphosis, captures these ideas in several of her works, such as her latex costume-object Libellenkleid, 1976, and Der Schlüpfakt der Parkettlibelle (The hatching of the parquet dragonfly), 1983. Shiny with the sheer luminescence of mother-of-pearl pigments, the surface of these works is akin to the delicate wings of a dragonfly. In a process similar to Bucher’s skinning, the dragonfly larva sheds its skin to reveal an enchanting dragonfly, which may live only a few days. Many dichotomies exist within Bucher’s oeuvre and despite her use of vulnerable and impermanent materials there is both clear and implied energy evident in their creation.

Curated by Ziba Ardalan, Founder/Director of Parasol unit, the exhibition is accompanied by a tailored programme of educational events and a comprehensive publication. 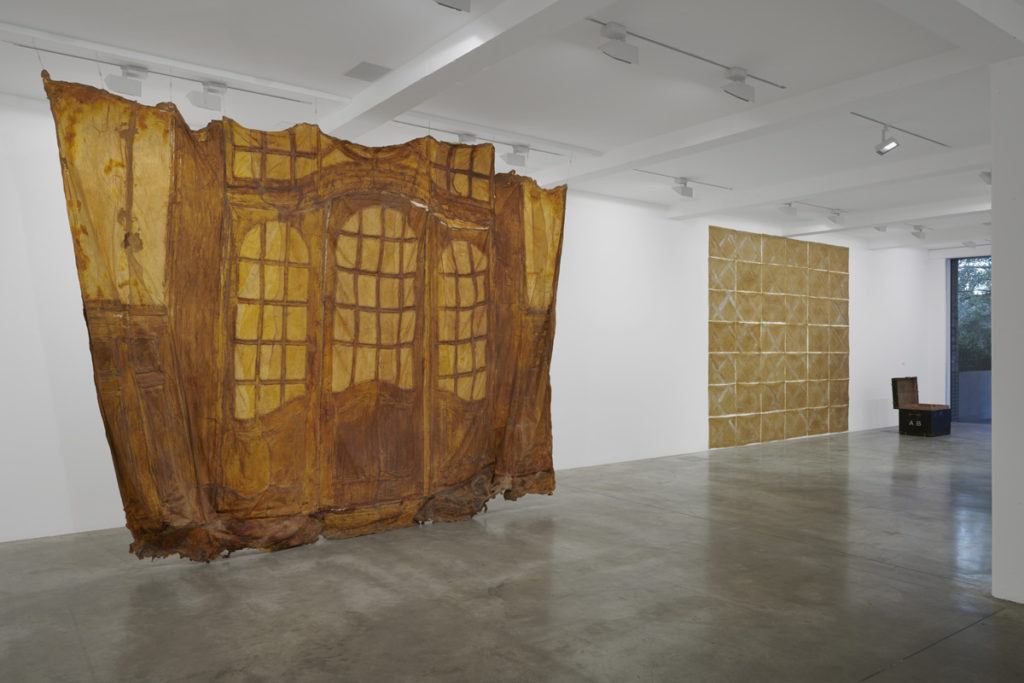 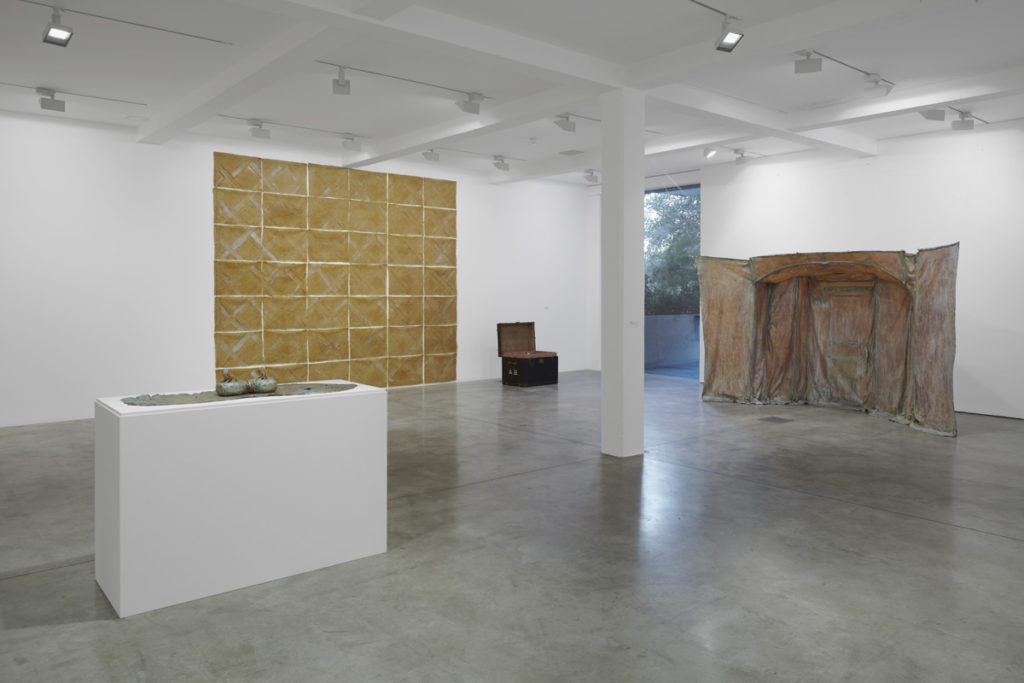 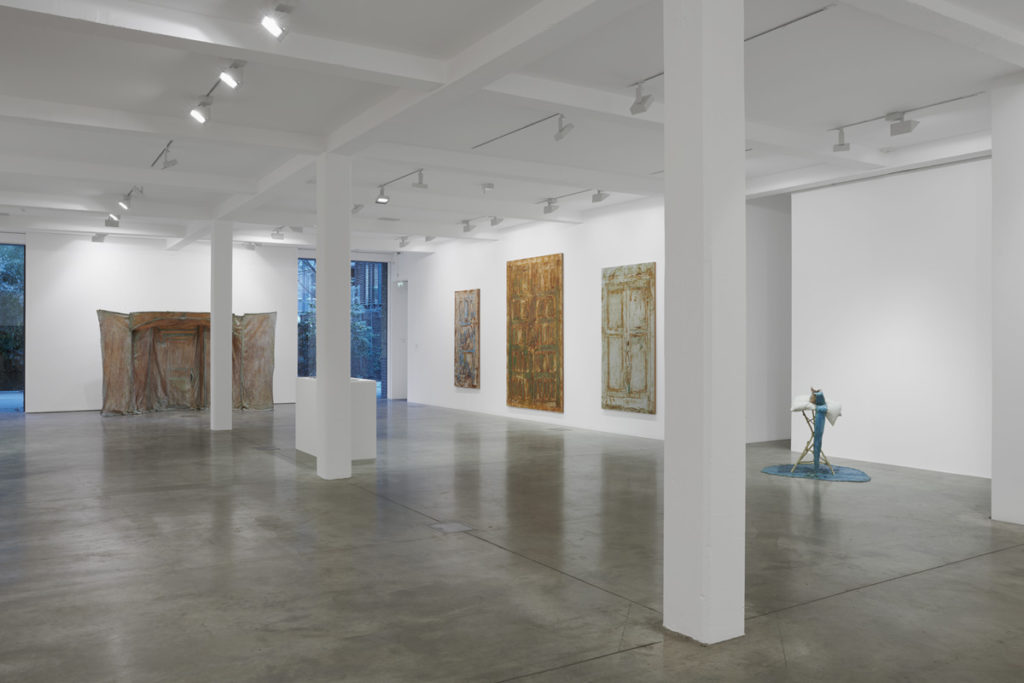 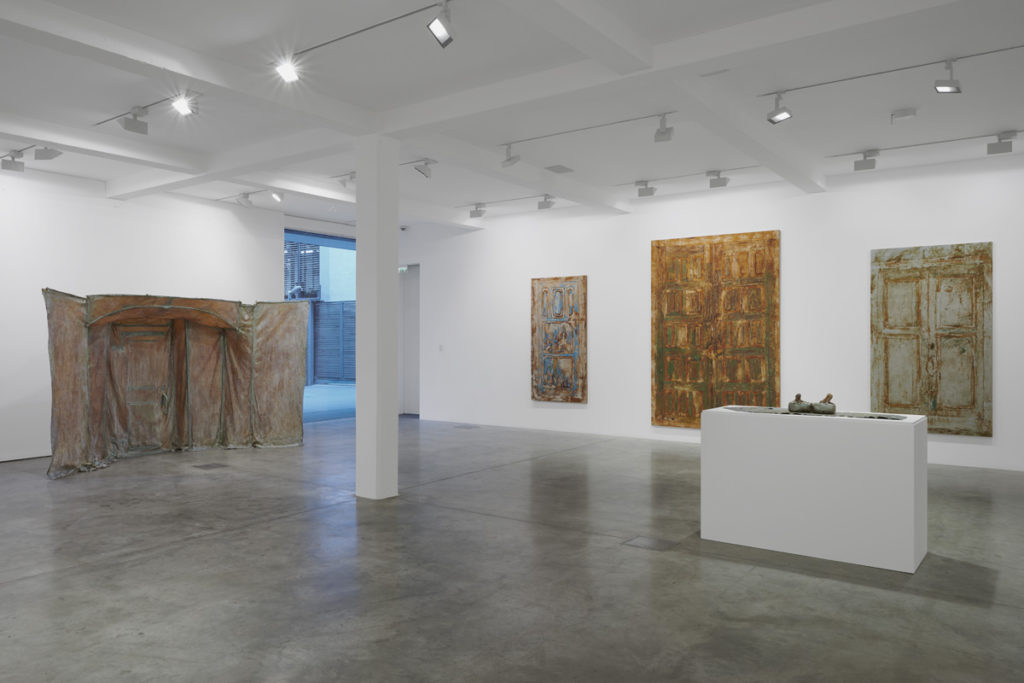 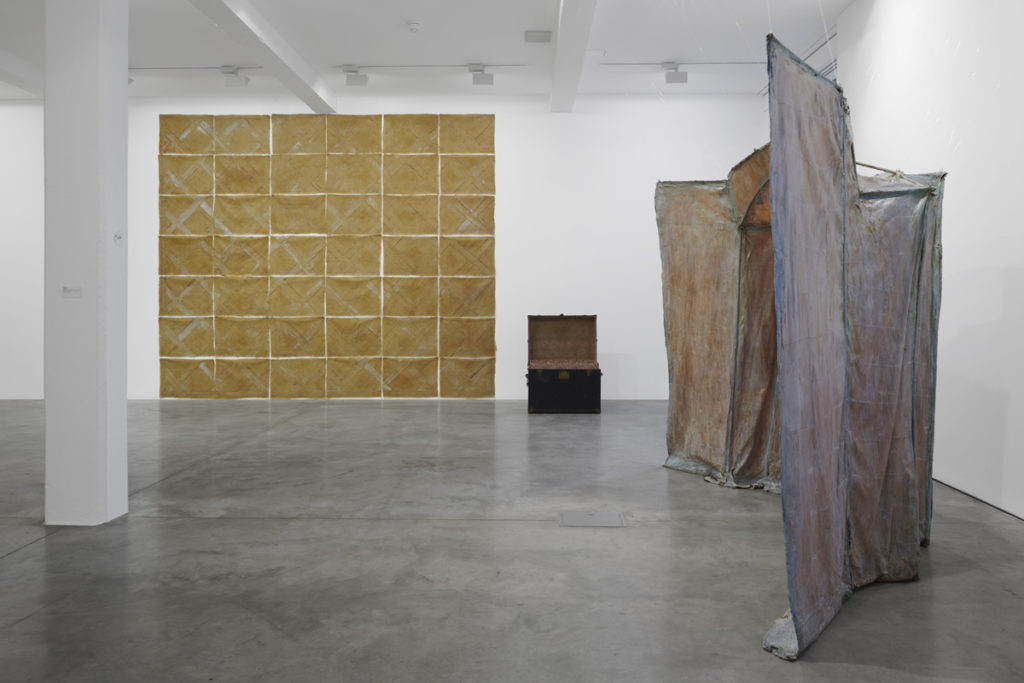 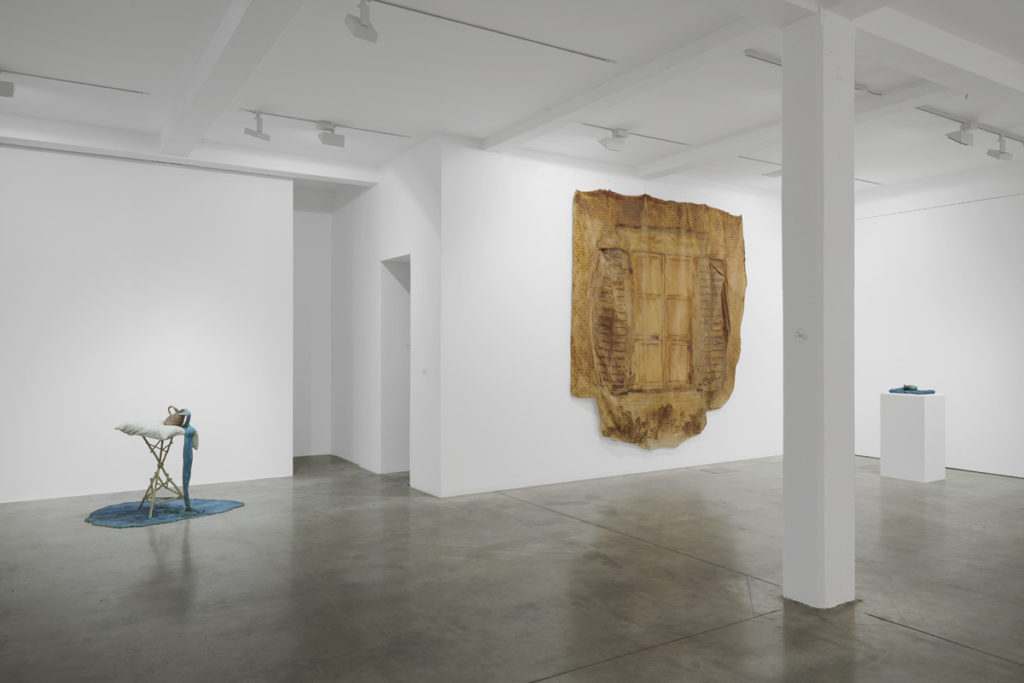 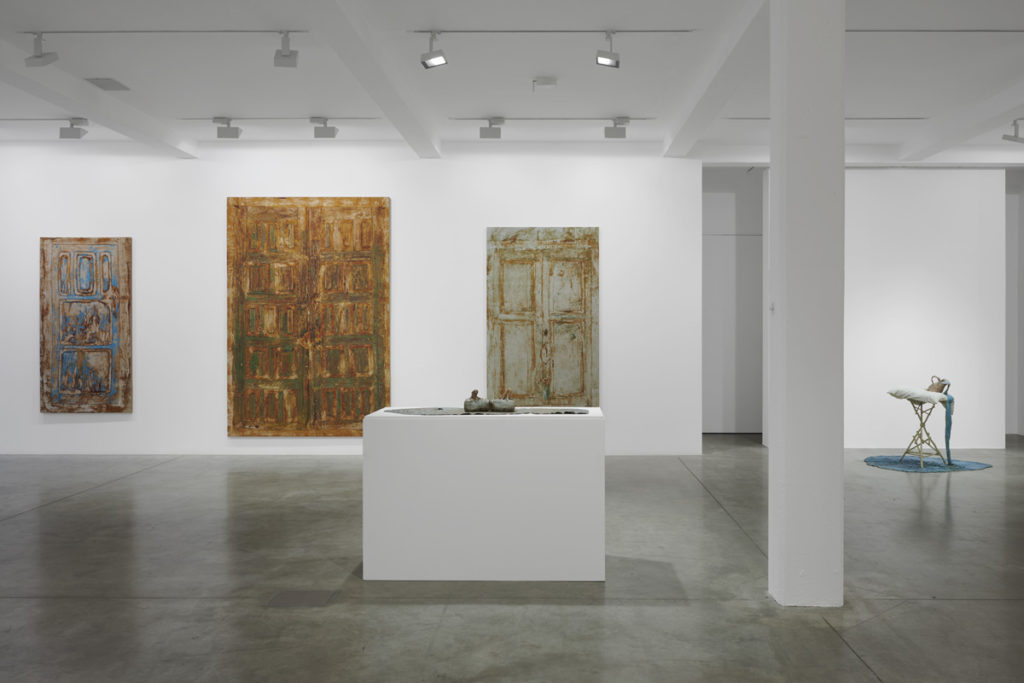 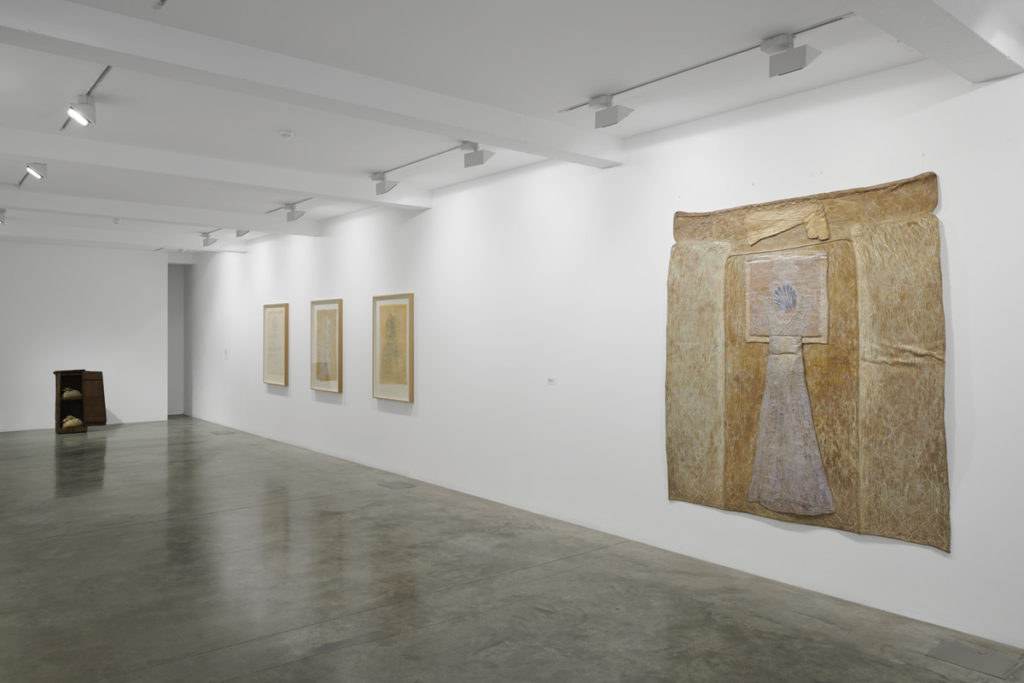 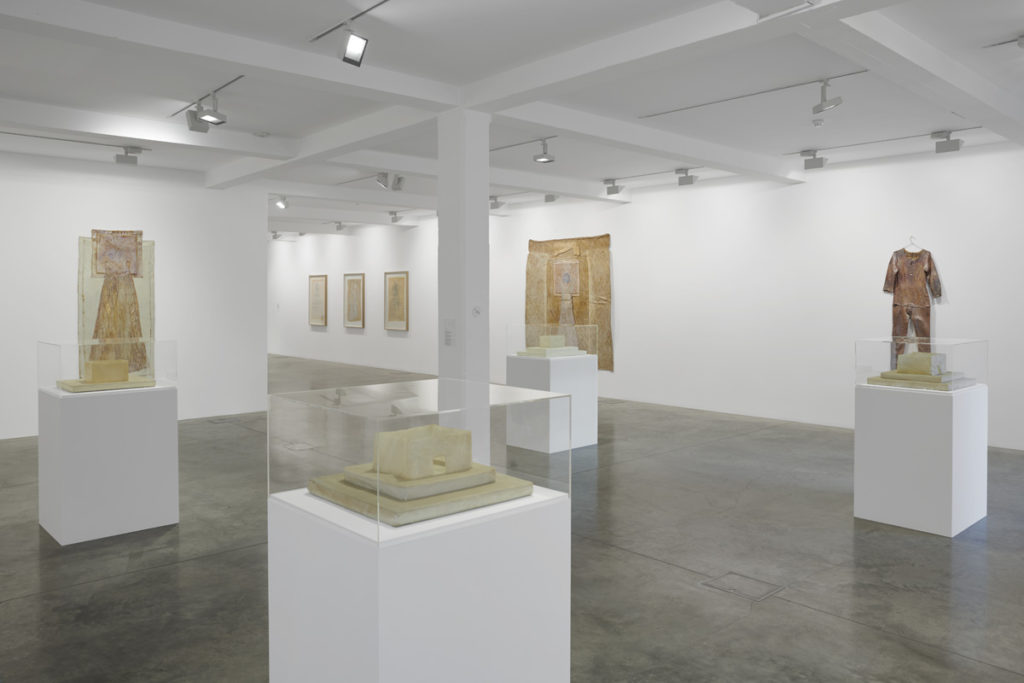 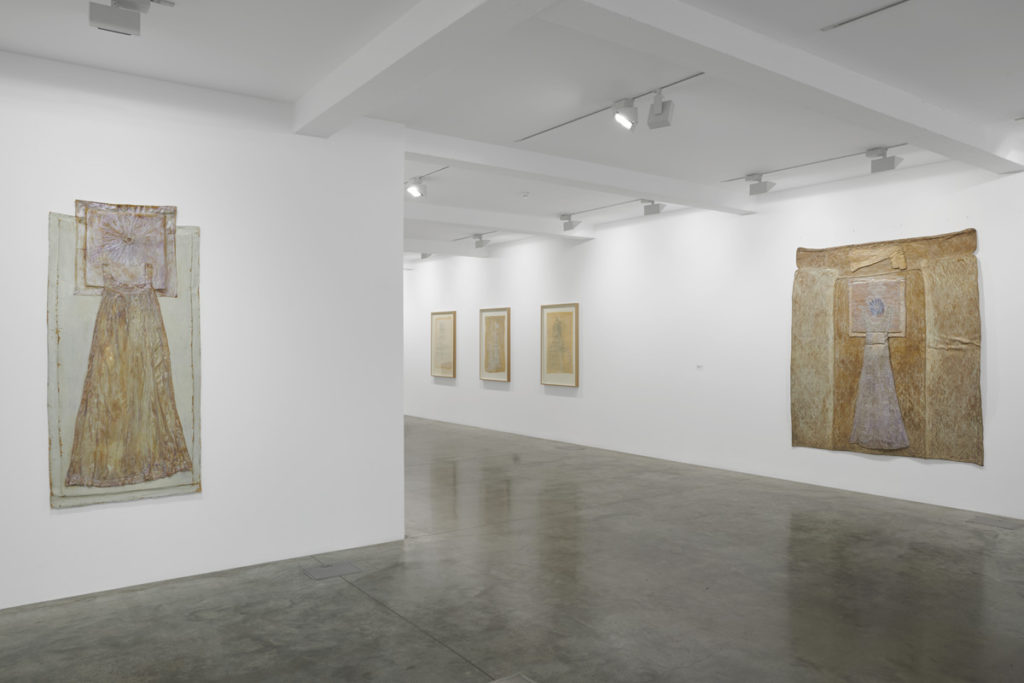 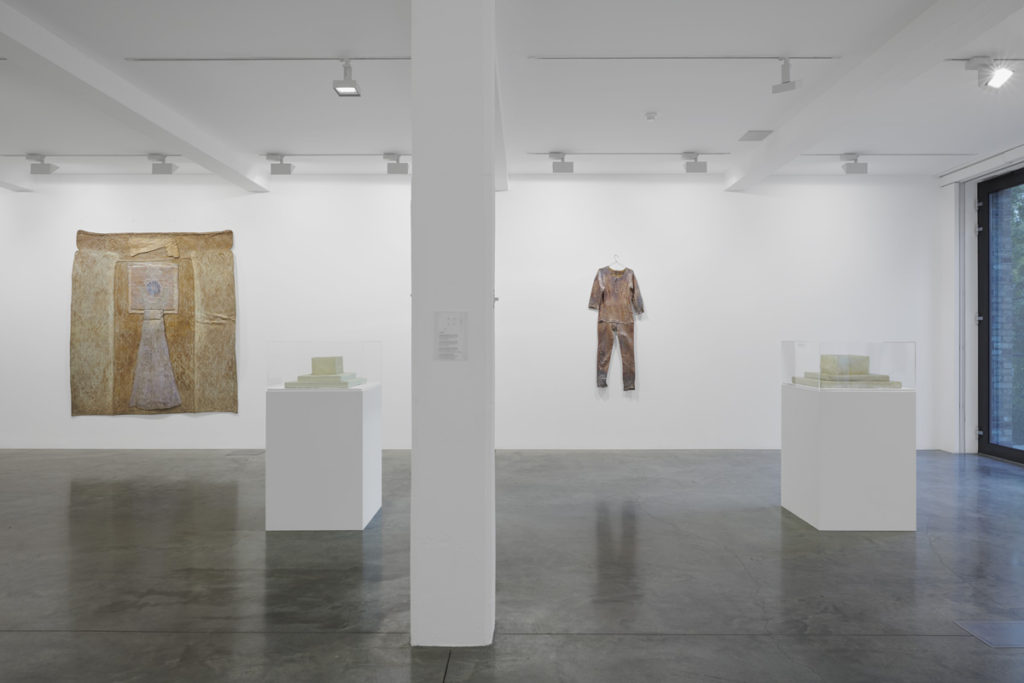 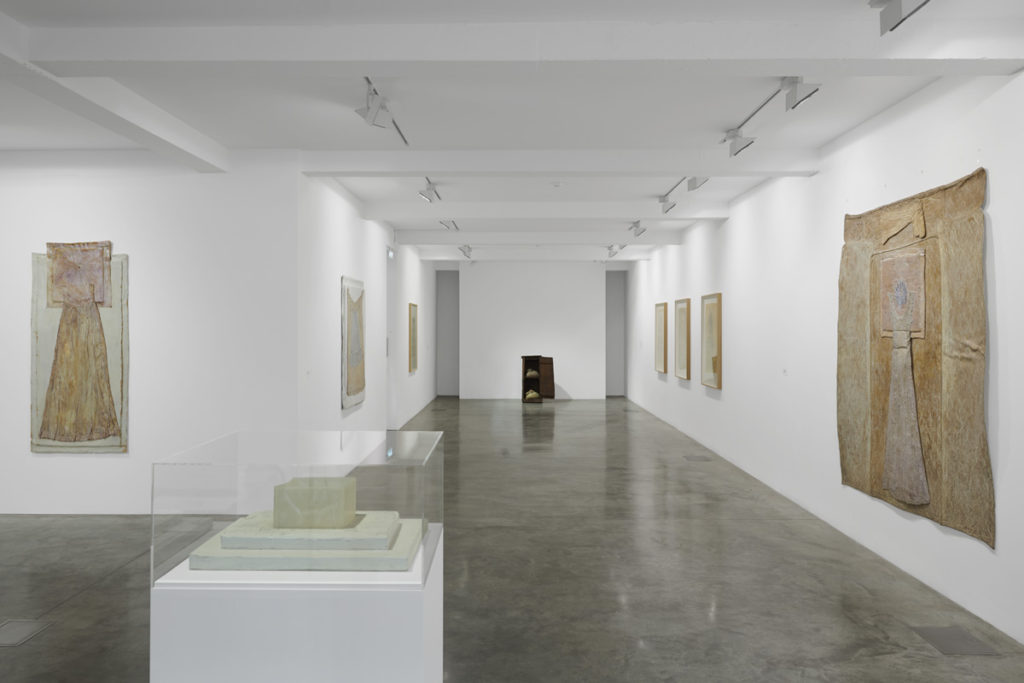 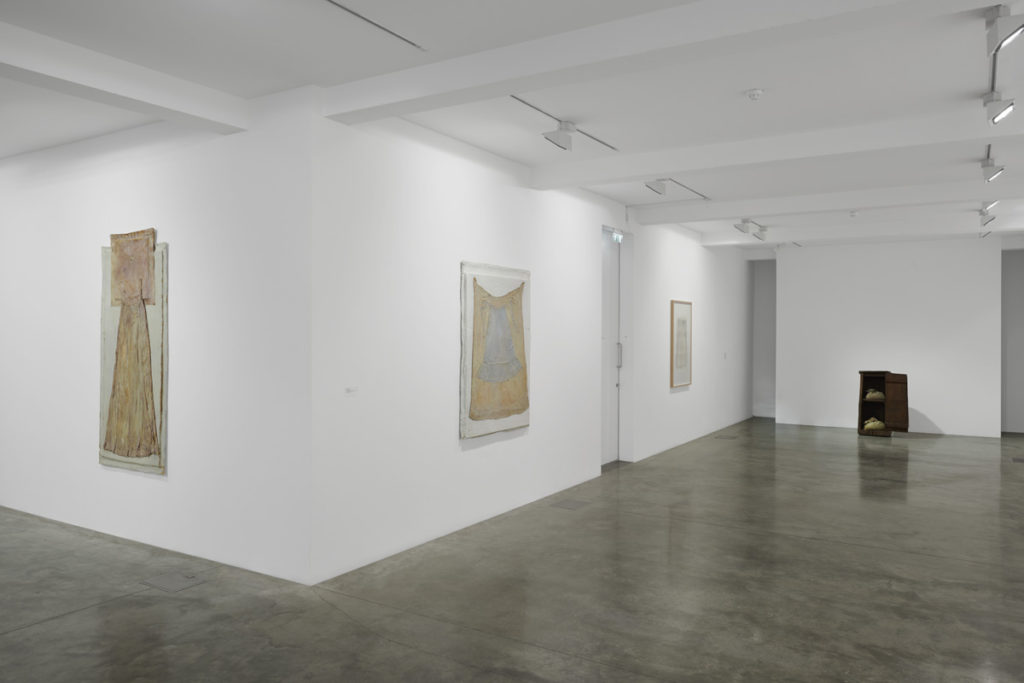