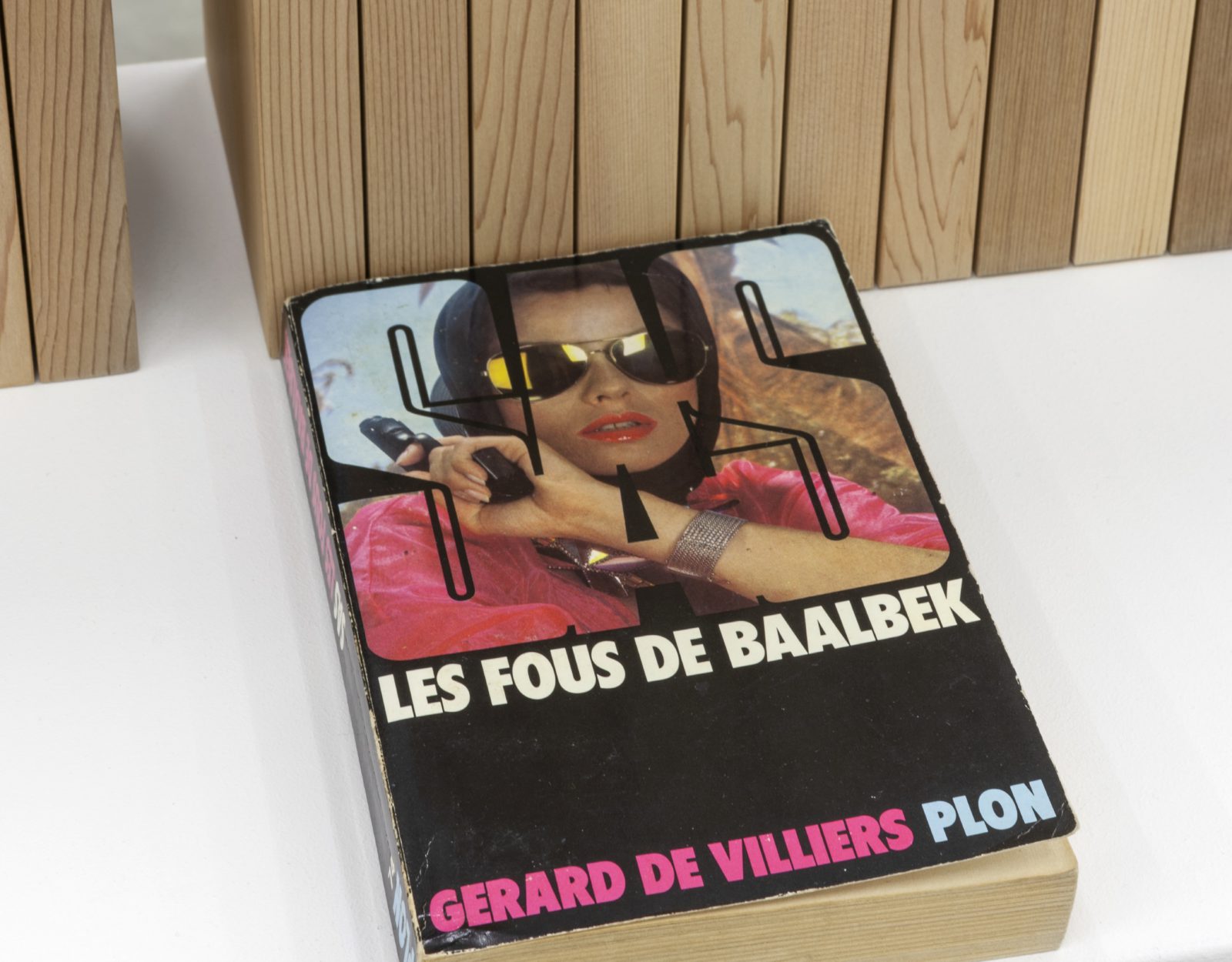 Where is the history of Lebanon hiding?

Please note: The event has now been cancelled due to unforeseen circumstances.

In response to Rayyane Tabet’s work A Short History of Lebanon, Dr Claire Launchbury will discuss the role of works and texts such as Gérard de Villiers’ SAS thriller series and how they offer traces to Lebanon’s inconsistently documented national history.

Since the end of the civil war in the early 1990s no process of transitional justice has ever taken place. An amnesty in 1991 meant that all violence save for the assassination of political violence would not be subject to legal proceedings leading with some irony to silencing discourses, socially and politically, relating to the recent past. Responding to Rayyane Tabet’s encounter with A Short History of Lebanon (2018), this lecture addresses the alternative ways artists and activists have contested the ‘collective amnesia’ widely cited as a Lebanese condition. The school history textbooks go no further than Lebanon’s independence from the French mandate in 1943 and the prospect of an official narrative, even if it were desirable, is seemingly impossible in a place where archives are destroyed or impossible to access. Engaging with Tabet’s own reflection on the curious pulp fiction of Gérard de Villiers where actual events are present in the background of the narrative and with projects, most notably those of Walid Raad, where the invented archive, still offers some sort of truth claim, Launchbury will outline the curious hide and seek of memory, history and cultural production that is at work in contemporary Lebanese discourses and thought, reflecting on how this is realised in the urban landscape of Beirut.

Dr Claire Launchbury is an academic writer and activist, specialising in post-conflict memory cultures in Lebanon. She completed a PhD in Music and French at Royal Holloway and wrote up her research in the monograph Music, Poetry, Propaganda: Constructing French Cultural Soundscapes at the BBC during the Second World War (Oxford: Peter Lang, 2012), following several years based in Paris, she won a Leverhulme Early Career Fellowship in French at Leeds and was a lecturer in French and Cultural Studies at the University of New South Wales, Australia before returning to the UK to take up a research post at the School of Advanced Study, University of London. She has been working on Lebanon since 2011 and her monograph, Beirut and the Urban Memory Machine is being published by Amsterdam University Press. She has recently trained in refugee care working with refugees and asylum seekers at the Harbour Project in Swindon.