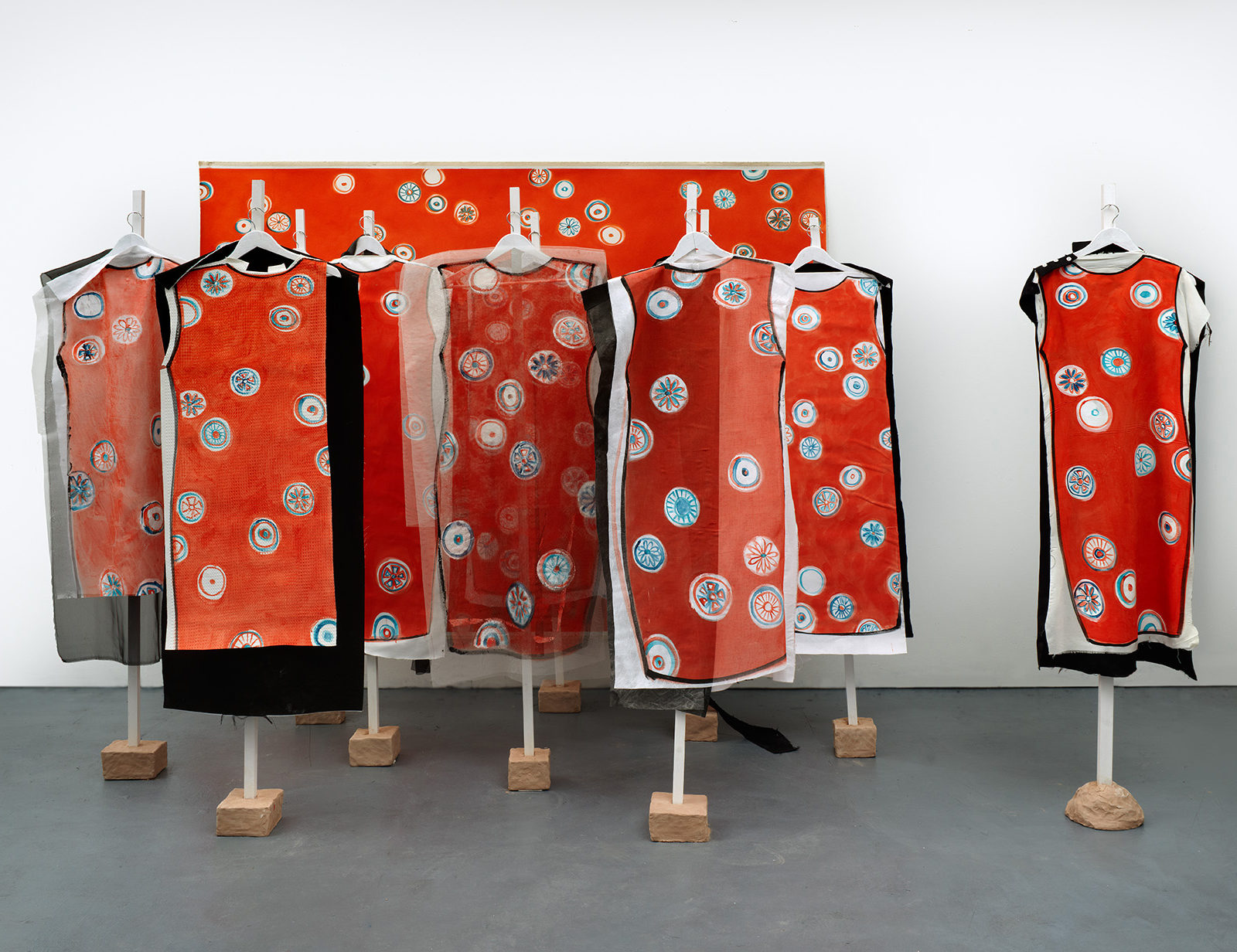 Here & There: Paintings by Lisa Milroy

Parasol unit foundation for contemporary art is delighted to present Here & There: Paintings by Lisa Milroy. This major solo exhibition brings together a selection of Milroy’s paintings from the past fifteen years, exploring her approaches to still life through making, looking, touch and transformation.

The term ‘still life’ signals the fundamental experience of painting for Milroy, encapsulating her fascination with the relation between stillness and movement, contemplation and action. In the 1980s Milroy’s paintings featured everyday objects depicted against an off-white ground, compositionally arranged in a grid or random scatter and characterised by a quick gestural application of paint. In the 1990s, Milroy shifted from fast painting to a slower, more modulated approach. She began to paint objects within settings, which expanded her understanding of still life to embrace landscape, architecture, portraiture and storytelling. More recently, Milroy’s sense of experimentation has led her to explore painting through installation and performance.

In Here & There, motifs of clothing and shoes are foregrounded, object categories that have defined Milroy’s work since the 1980s. On the ground floor of Parasol unit, the exhibition focuses on a notion of ‘Here’ and includes paintings that address materiality and bodily presence through three-dimensional object-paintings, pattern and colour. Up & Down, 2016, and Off the Rails (Ahmedabad), 2016, invite the viewer to physically interact with the work, while other paintings such as Garment, 2017, FormLess, 2016, and Detached, 2012, picture items of clothing in various states of formation. The installation painting Party of One, 2013, includes a performative component, and performances will take place on a number of weekends throughout the exhibition.

On the first floor gallery, the exhibition focuses on ‘There’ and presents a selection of monochromatic paintings that explore presence and absence, loss, time and memory – all themes recurrent in Milroy’s practice. Included is the monumental twenty-metre wide painting Black and White, 2004–2005, based on the artist’s studio, and Shoes, 1985, the only work from the 1980s in the exhibition, on loan from Tate and a touchstone painting for Milroy.

The exhibition will be accompanied by a programme of educational events based on Milroy’s practice and the exhibition catalogue includes a foreword by Ziba Ardalan and texts by Hanneke Grootenboer and Briony Fer.­

Parasol unit appreciates the generous support of the Arts Council England Grants for the Arts. 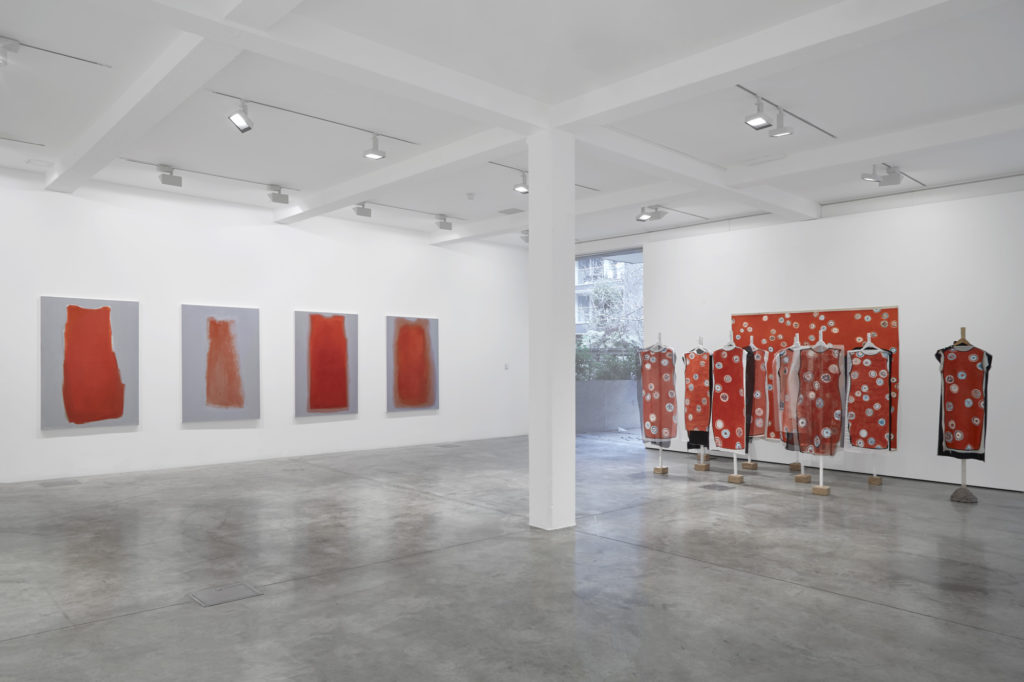 Lisa Milroy, Red, 2017, and Party of One, 2013, installation view at Here & There: Paintings by Lisa Milroy, Parasol unit, London, 2018. Photography by Benjamin Westoby. 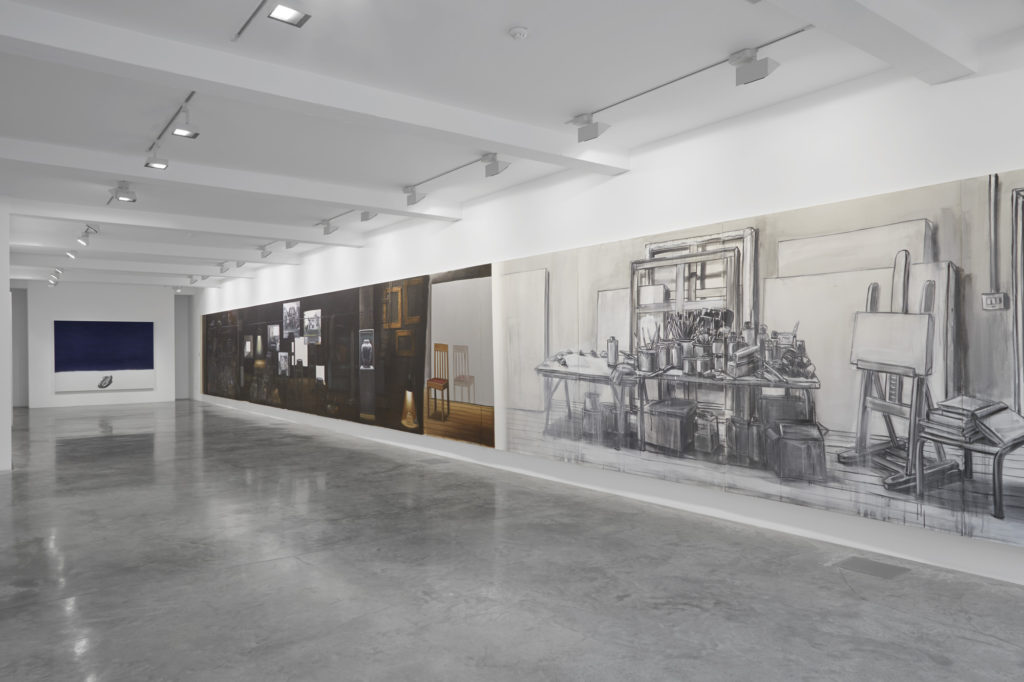 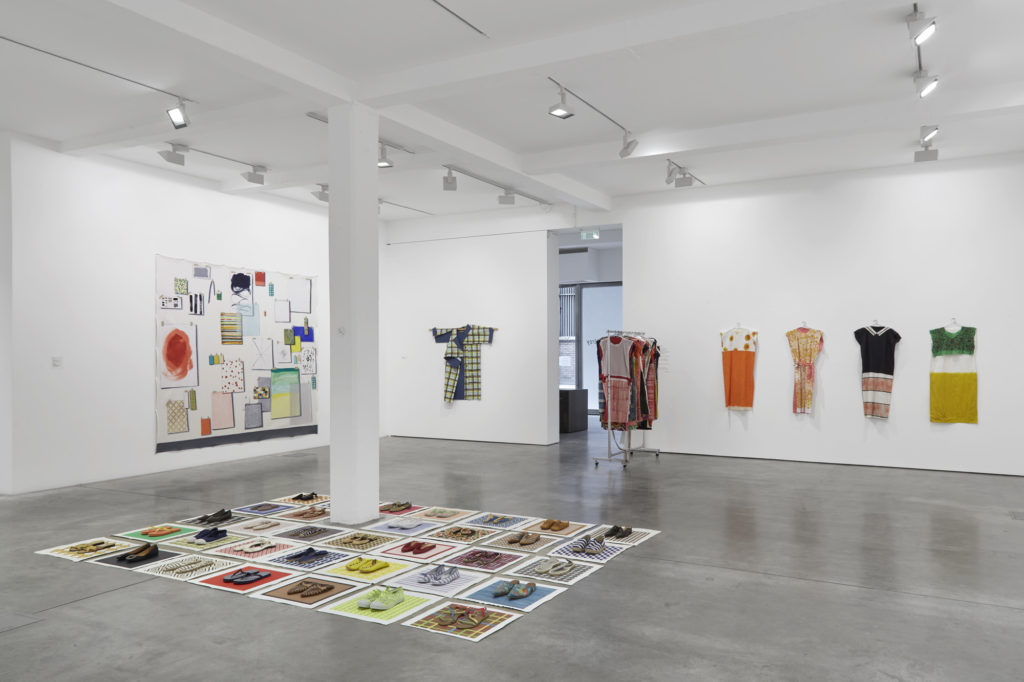 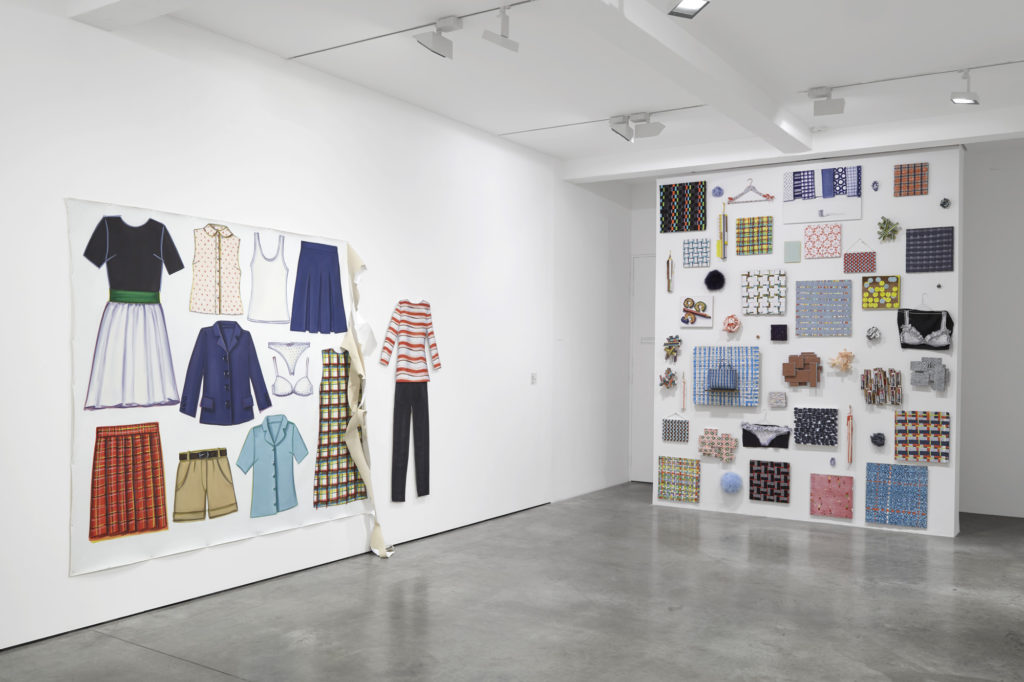 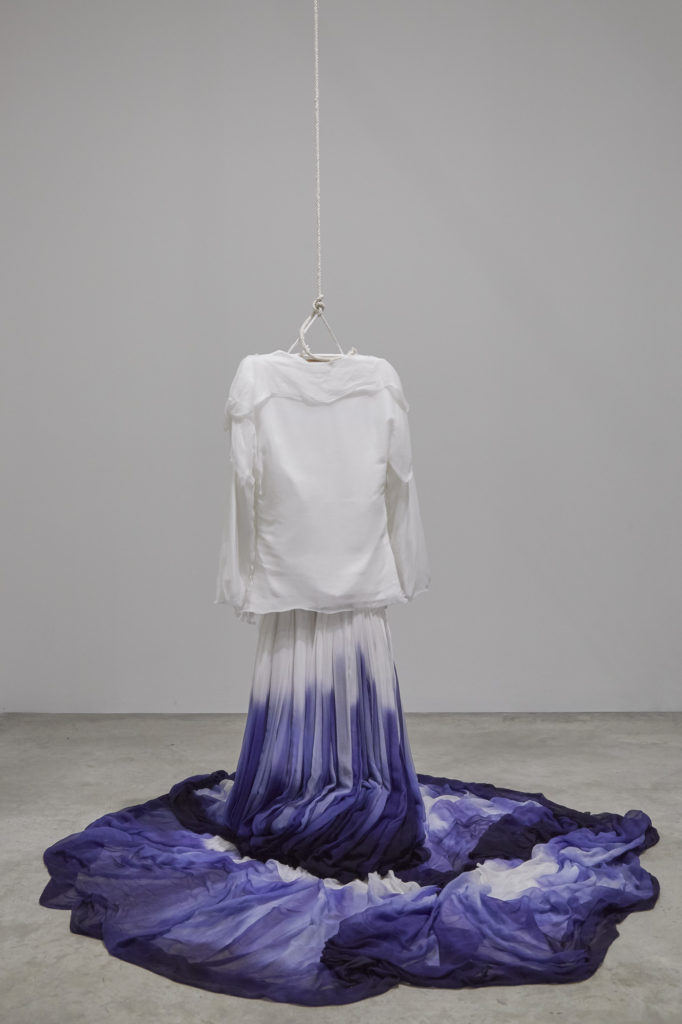 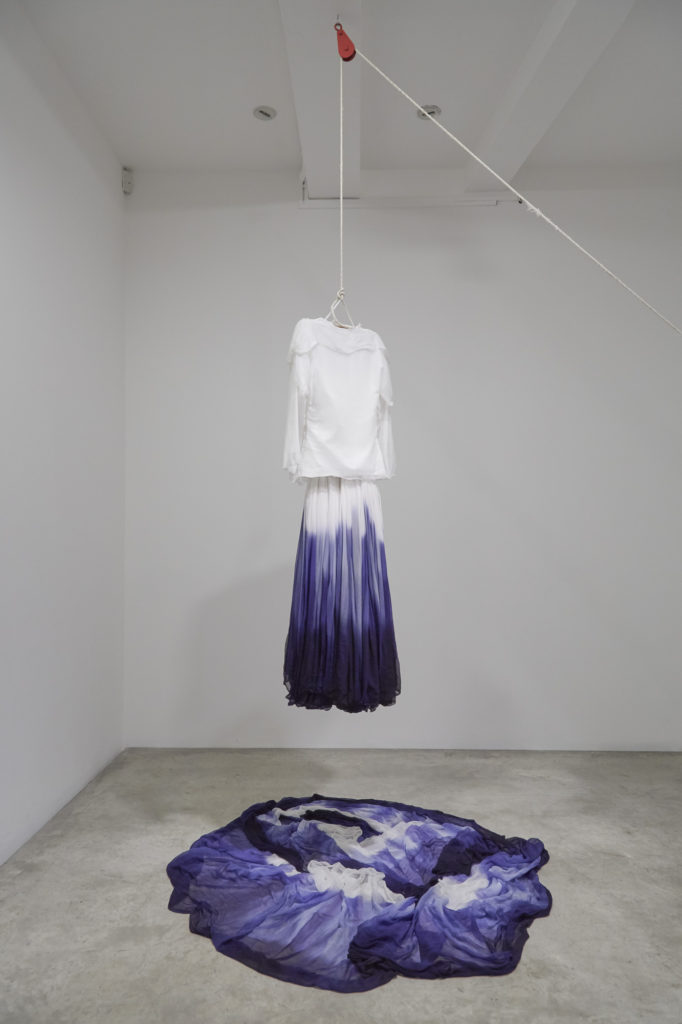 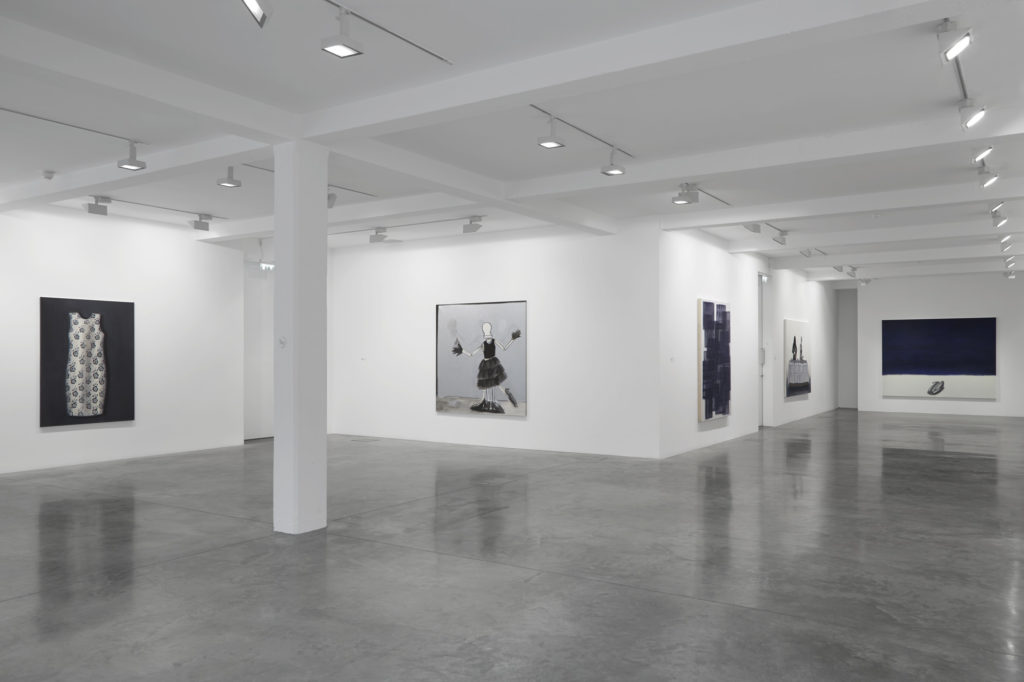 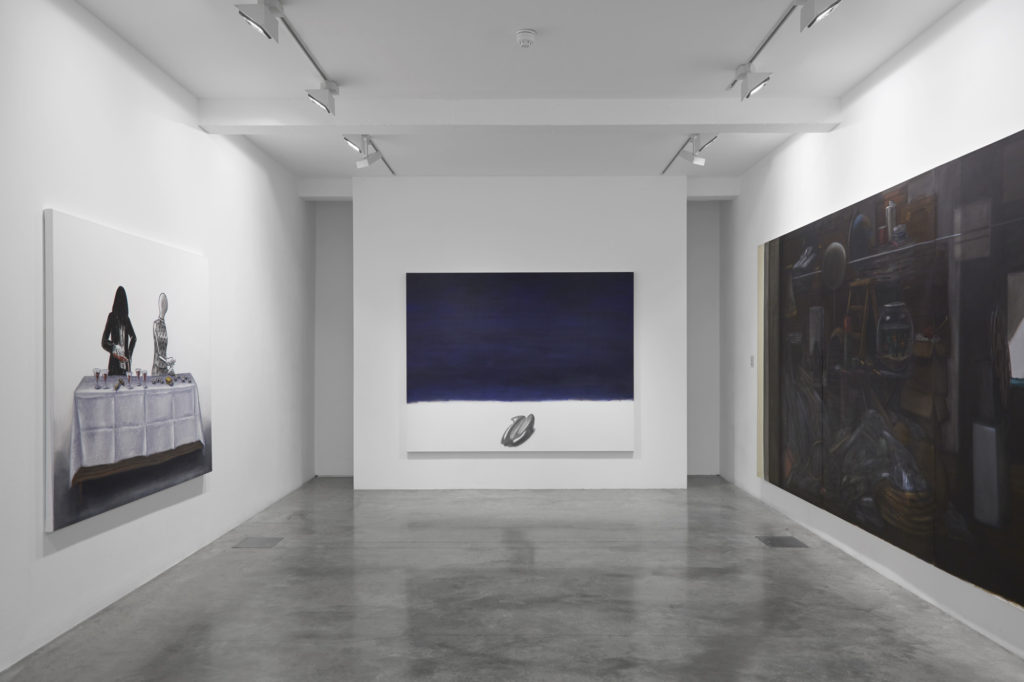 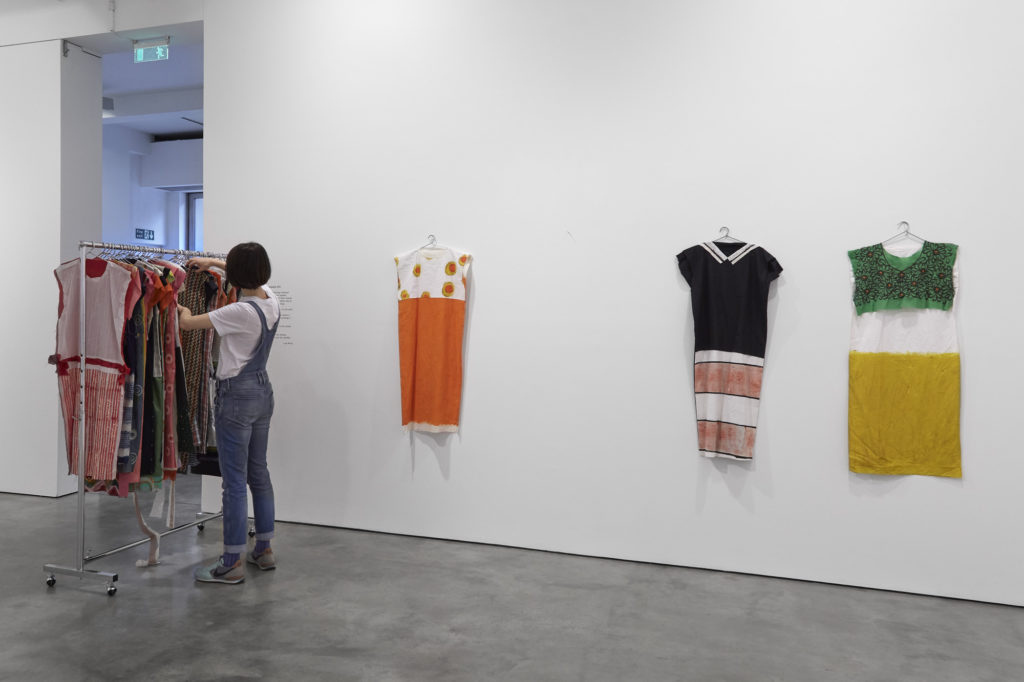 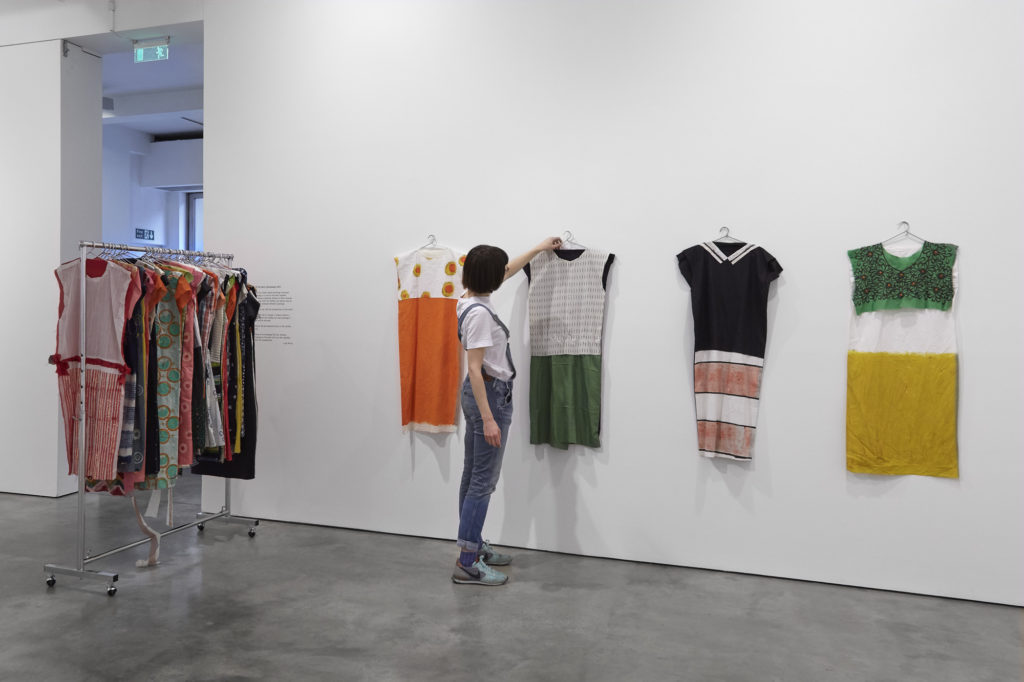 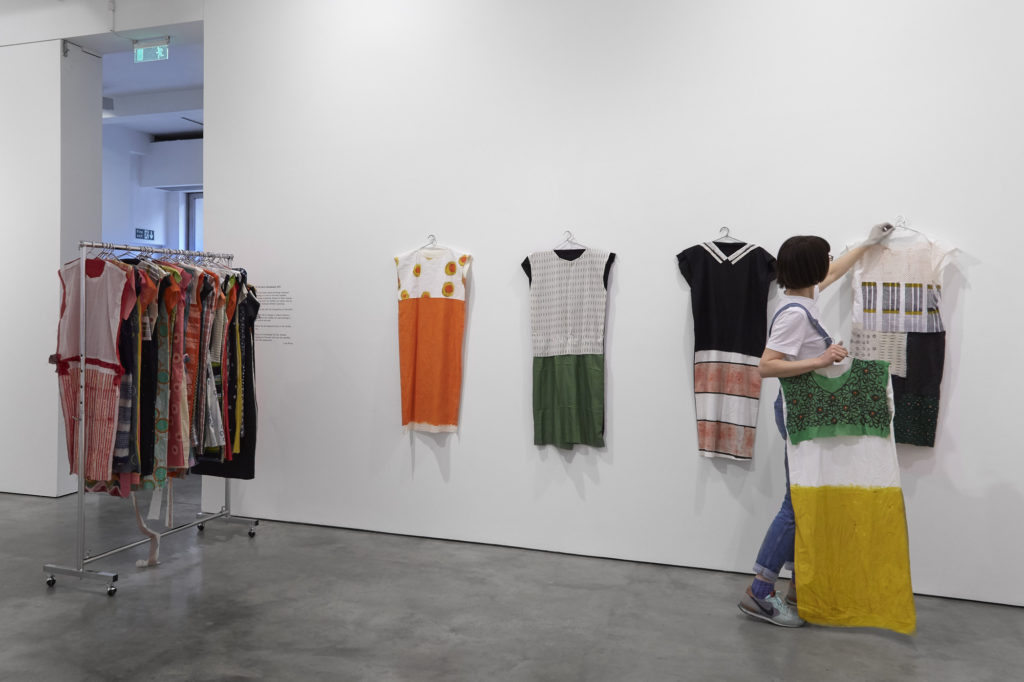 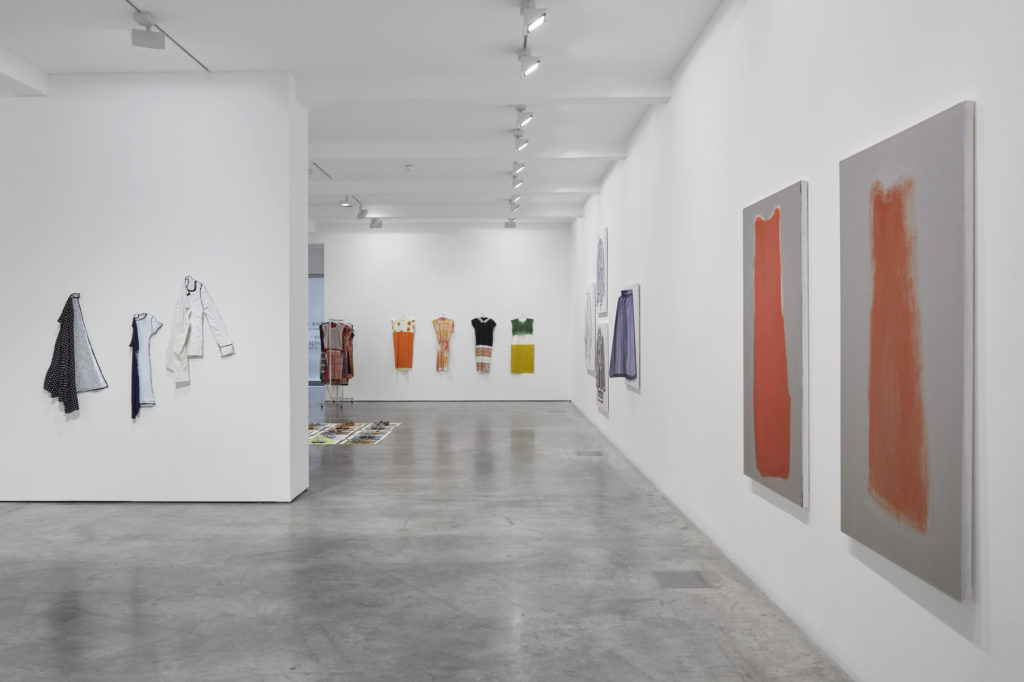 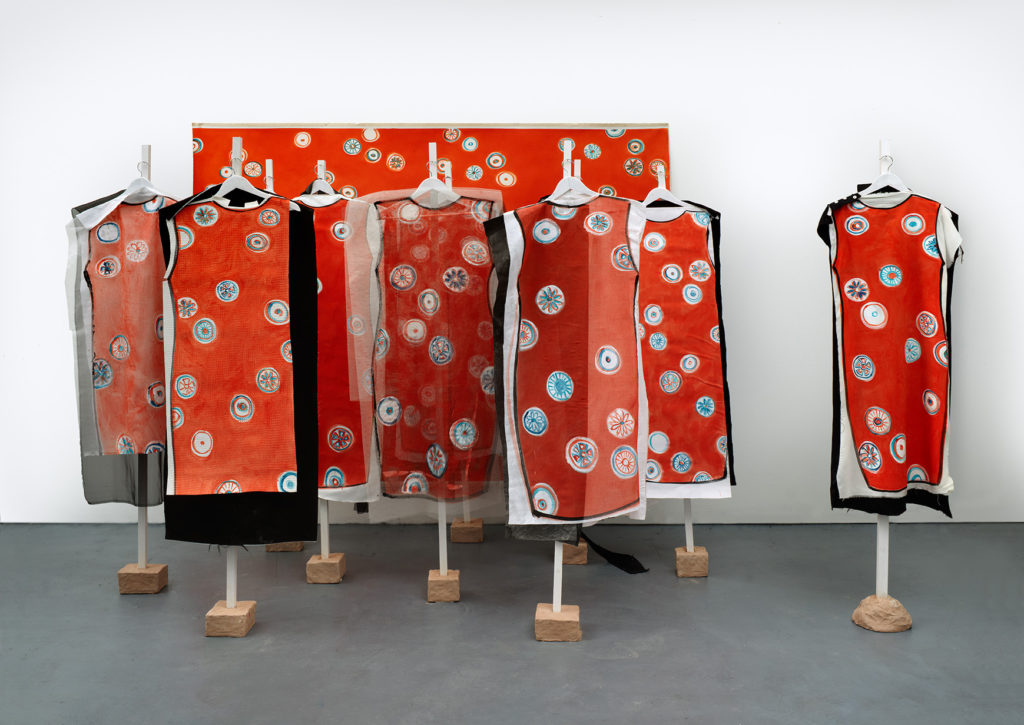